Friday night comedy fans can get an inside look at the creative progress behind today’s hottest shows with Now That’s Funny! On Set with TV’s Hottest Comedies: A Paley Center for Media Special.

The 90-minute special will feature the cast and creators from The Big Bang Theory, Mom, Modern Family, Parks and Recreation, The Mindy Project, Episodes, Key and Peele, and New Girl.

From brainstorming in the writers room, to the informal hilarity of the table read, to the energy and spontaneity of the actual performance, audiences will see how their favorite shows continue to keep fans laughing.

Work on the special began a year ago, says Ron Simon, Curator for The Paley Center for Media. “Once the idea was fully developed, we began filming on various sets, talking with stars and creators, piecing together the various segments of the special.”

He goes on to explain the criteria for the shows chosen for the special, saying, “We were looking for different styles of comedy, with great stories to tell. Through the different segments [of the special] we get a full picture of comedy production.”

During the special, viewers will be privy to such inside information as the writers of Modern Family revealing the source of their funniest storylines, the stars of Parks and Recreation disclosing what they’d like to do next now that the series has finished shooting, with hilarious results, and the audience will find out what Jim Parsons is talking about when he says, “it’s like doing a dance, although I’m not much of a dancer!”

Also appearing on the special is comedy icon Chuck Lorre, who currently runs four hit shows — Two and Half Men, Mike and Molly, The Big Bang Theory and Mom. He ruminates, with appropriate amusement, on the complicated nature of not only keeping multiple shows on the air, but in making sure each has the proper amount of wackiness included.

Getting these heavy hitters onboard wasn’t tricky admits Simon, saying, “At the Paley Center, we’ve built up a wonderful working relationship with many of leading talent across the television landscape. We’re known for taking that behind-the-scenes approach, and our friends across the industry enjoy working with us to tell their stories.”

With branches in Los Angeles and New York, The Paley Center for Media contains the nation’s foremost public archive of television, radio, and Internet programming and produces programs and forums for the public, industry professionals and the creative community.

The biggest surprise in making the special turned out to be something that many people may have long suspected about crafting comedy. “We learned something that we already knew,” confesses Simon. “Comedy is really hard work and it takes a team of wildly creative people to produce it well.” 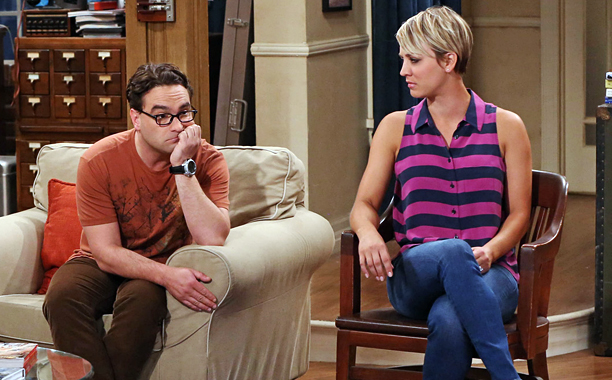