Tech companies are spending an unprecedented amount of money on buying politicians, and in true Washington style, they’re getting their money’s worth in meaningless PR stunts.

President Obama brought a class of kids from Newark to the White House yesterday to learn to code for an hour as part of the “Hour of Code” campaign. He created a program in Javascript that rendered a square onto the monitor (apparently, he didn’t get through all of the tutorials) and was gone as fast as you can say “Hello World.”

The campaign is a joint PR drive by the president, Code.org and a handful of celebrities to encourage kids to try computer science. Here’s the platform in a single video assuring kids out there that computer science isn’t so scary and “with hard work, and a little math and science, anyone can do it”:

Mr. Obama joins dozens of senators, congressmen and big-city mayors with uninspired, cliche platform pitches designed to appeal their local, wealthy startup ecosystems. Usually they’ll say something to the effect of, “We want [insert where voters live] to be the next big tech hub of the country/world,” and then talk about some quixotic project or small budget initiative meant to support “local innovation,” and never speak about the subject again.

Yes, it’s great that Mr. Obama is putting programming in front of people’s eyes while it’s such a talent-starved market. And you can certainly teach yourself to code. The online courses, tutorials and MOOCs are openly available. But simply knowing code doesn’t guarantee you a job—that takes networking, institutional support, time and experience.

Besides, there are deeper problems with making code accessibly to a new generation. Computer science takes way more than “a little math and science.” It takes more robust STEM education as early in a child’s life as possible, followed by affordable access to higher education. On top of that, many of those kids Mr. Obama posed with for cute photos, should they choose to pursue programming, will inherit a tech culture custom made for the white, the male and the privileged.

Solving those problems will take more than an hour of the president’s time. 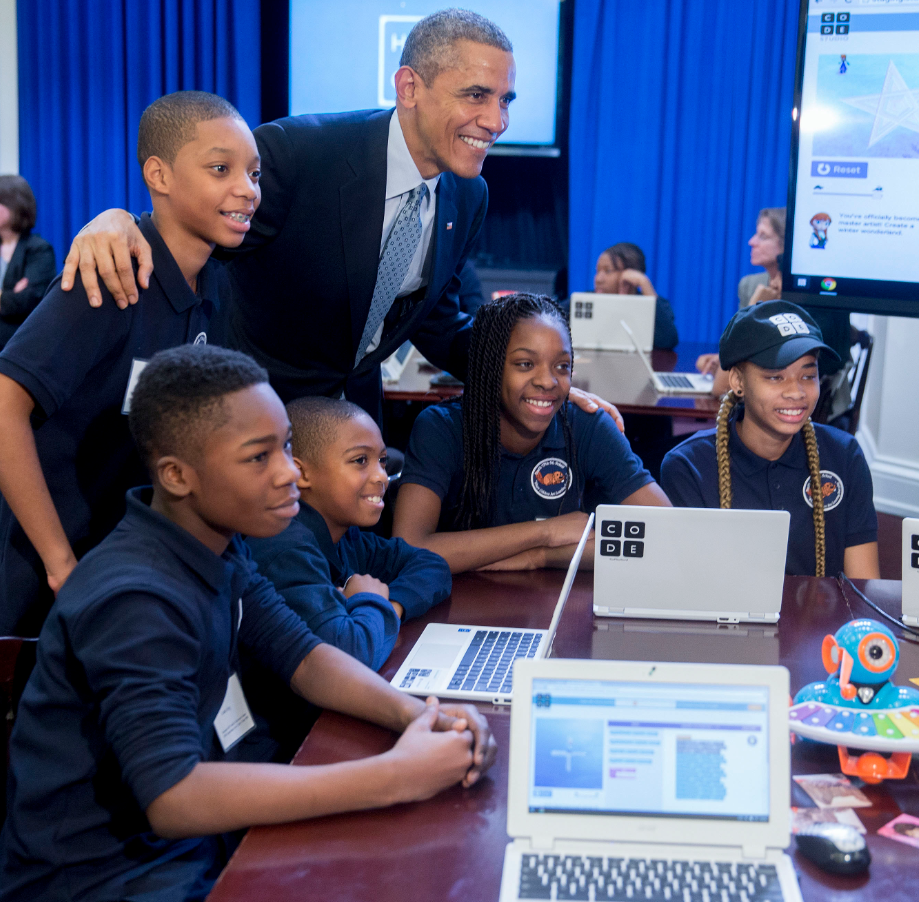