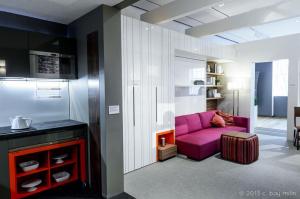 A micro-unit. Museum of the City of New York.

Manhattan garmento Charles Komar & Sons is moving across the river to Jersey City, enticed by a $37 million incentive package that will work out to about $75,000 per employee over the next ten years, according to Crain’s. The company had considered moving to Brooklyn or Queens but, like countless others before them, found they could get more band for their buck in New Jersey.

Know who else likes getting the most bang for her buck? Jennifer Lopez, who is looking more and more like the buyer of the Whitman’s duplex penthouse, according to Curbed.  The buyer, an LLC registered to a Santa Monica-based accountant to the stars, paid $20.1 million for the penthouse, listed at $22.25 million.

For those of more modest means looking to save money, living with a hallway bathroom, in an unheated nonresidential space or sharing a bunkbed with other adults also work, according to DNAInfo.

Or you could refashion yourself as a slow, micro-liver. Author William Powers lived in a Queens townhouse but he and his wife decided to jettison 80 percent of their stuff and move into a 350 square foot Greenwich Village studio and embrace the slow living movement, which he discusses with WNYC. Note: moving into Greenwich Village may not be a good way for most people to save money.

But living on pizza might be! Gothamist spends a day hanging out with New York pizza expert Scott Weiner, who holds the Guinness Book of World Record title for largest pizza box collection—he keeps 780 in the closet of his Brooklyn apartment (must be a big closet).

And you’ll need to save money if you want to buy a mausoleum in this town. DNAInfo reports that a mausoleum site at Green-Wood cemetery goes for $320,000 and, in the near future, there may actually be some to buy! The crowded cemetery is converting its office space to mausoleums and moving administrative services to a building it bought across the street.

No one really knows how much money the proposed pied-a-terre tax could raise, how many apartments it would affect or would impact it might have on the economy, The Wall Street Journal reports.

The city wants to promote minority and female developers, according to Crain’s, and has set aside a pipeline of affordable housing projects for such developers. It is hoped that this, in addition to pre-qualification—which can provide easier access to lines of credit needed to acquire parcels—may help mitigate the extremely white, male nature of New York City development.

Not fitting into this category: Extell, whose 16-story tower slated to rise beside the Park Avenue Christian Church is still not popular with landmarks. Curbed reports that the developer and its Beyer Blinder Belle design have been sent back to the drawing board.

In other news of non-minority developers and their scions, someone is making a documentary about Robert Durst. Durst, the strange, estranged scion whose close associates often turn up dead or missing, will finally tell his story, according to The Times. (Wife mysteriously disappeared, adviser murdered execution style, annoying Texas neighbor dismembered—the last of which Durst confessed to and served three years for as a crime of self defense.) 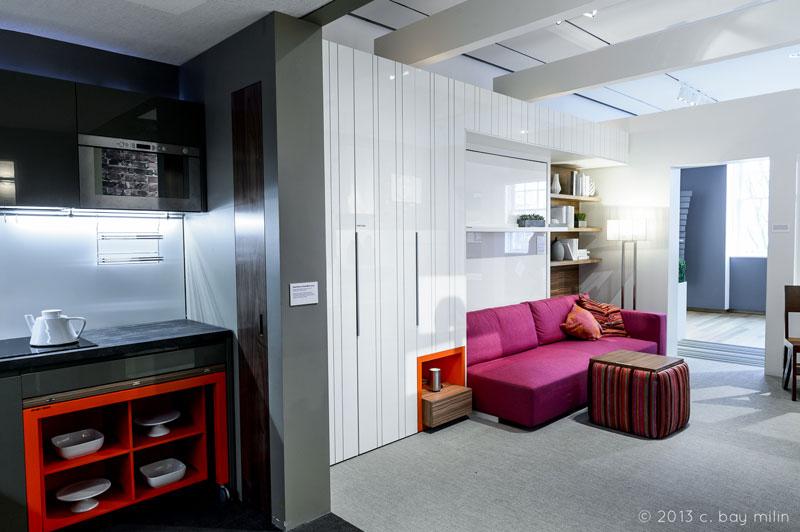