Citi Bike’s operator Alta is looking to expand into Jersey City with a 350-bike, commuter-oriented bike program, The Wall Street Journal reports. However, the bike share operator’s into a rapidly-gentrifying, out-of-state area before rolling out service in the Bronx, Staten Island or lower-income areas in Manhattan, Queens and Brooklyn may not sit well with the bike share proponents in New York City. As recently as a month ago, Alta had skirted questions about broader expansion throughout the five boroughs, saying that these were certainly being looked at, but declining to provide specifics as to any roll-out plans. According to The Journal, Alta was the only Jersey City bidder who could provide a system that would be compatible with New York City’s.

Bazinga! Big Bang Theory actor Jim Parsons is expanding his Gramercy Park holdings, buying a penthouse in the Gramercy Park building where he and his boyfriend already own two units. Somebody’s following in Jimmy Fallon’s footsteps. But hey, when you like where you live…

Hey, if the MTA won’t do it… Gothamist continues its shame-based subway etiquette campaign. The latest offender? A woman wearing a “power tiara” who sits on the floor, leaning against the pole, whilst taking up two seats with her bags.

Mount Sinai has closed bidding on a portfolio of four buildings that were previously part of the St. Luke’s Morningside Heights campus, Crain’s reports. Mount Sinai took over the struggling St. Luke’s last year and decided to sell the underutilized office buildings, in hopes of netting $130 million that could be put toward other services; it is likely that bidders have residential conversion plans in mind.

Modell’s is leaving the 14,000-square-foot space it has occupied near Grand Central since 1990, Crain’s reports—part of a broader exodus of area retailers leaving to make way for SL Green’s block-long tower 1 Vanderbilt.

Most brokers specialize in one or two boroughs (or even neighborhoods), but DNAInfo talks to those who have closed deals in them all. Specialization? Pshaw.

Capital sits down for a long talk with Steve Nislik, the former real estate exec who has managed to parlay his wealth, connections and political savvy into persuading the mayor into focusing on banning horse carriages when there are a slew of other pressing, actually important tasks before him.

The push to provide housing court tenants with legal counsel has been gaining traction, The New York Times reports, as part of the de Blasio administration’s effort to keep low-income tenants in their apartments. Evictions often being followed by a near-impossibility of finding anything else affordable, particularly with the black mark of housing court on one’s record.

Maybe the worst idea ever? Two entrepreneurs in Mott Haven have opened a pop-up coffee shops whose drinks carry racially-charged names such as “half-breed” and “mulatto,” DNAInfo reports. The owners, who are mixed race, felt that the names would call forth serious discussion of race issues. But, not surprisingly, business has been slow.

This, on the other hand, seems like a pretty good idea: WeWork is branching out into residential development in the DC market, The Wall Street Journal reports. The proposed shared housing models might be a little dormlike, but then, there’s a lot that works about dorms. 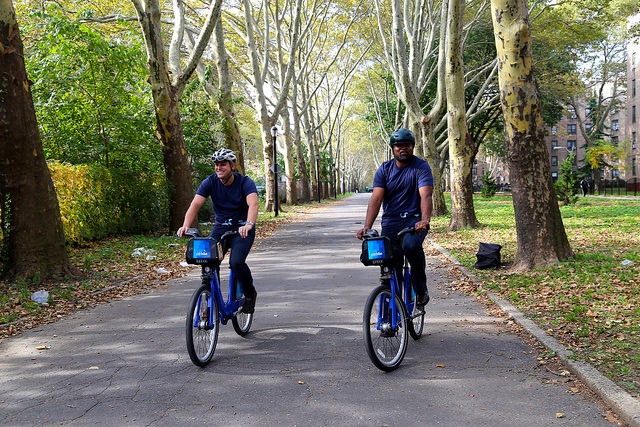