A report released over the weekend indicates a plan shared by Governors Andrew Cuomo and Chris Christie to fund reform of the Port Authority by selling off many of the agency’s properties, including the World Trade Center site, the Wall Street Journal reports. The planned overhaul centers on reorienting the Port Authority to focus on “its core mission of transportation projects.” The details remain vague, though, and it sounds like bringing the plans to fruition will involve considerable haggling over political, financial and emotional issues associated with the Trade Center and other parcels.

The governors also agreed on a veto of a Port Authority reform bill that had unanimous support from the New York and New Jersey legislatures, according to the Post. “The bill would have overhauled the troubled agency by requiring an independent annual audit, creating an inspector general’s office, restricting lobbying and creating a whistleblower protection program. It also would have required Port Authority board members to swear they’ll act in good faith,” the tabloid reported. The governors nonetheless urged both legislators and the agency to “work with them.” Some folks were less than pleased.

In Coney Island, “progress” is moving along a bit too quickly to suit some tastes. The Daily News reports that the city is moving ahead with plans to convert a portion of the wooden Riegelmann Boardwalk to concrete, to the consternation of officials including City Councilmen Chaim Deutsch and Mark Treyger, who recently asked Landmarks to designate the boardwalk, which is 91 years old, a historic site. Critics of the conversion plan have “noted that the wooden portion of the 2.5-mile boardwalk, which runs from W. 37th St. in Sea Gate to Brighton 14th St., held up much better than concrete sections during Hurricane Sandy.”

Indeed, as we approach year’s end, there’s no shortage of olden-days news items. At the Times, Christopher Gray signed off last week on his archives-centric Streetscapes column, which he captained for nearly three decades, attending to the city’s “little dead ends, the deserted loft districts, the old ethnic clubs,” rather than its “tour bus monuments.”

Also at the Times, a selection of photos from Ken Schles, who spent the mid 1980s living in an abandoned building in the East Village, documenting the neighborhood’s goings on with his camera. The work, which resulted in two books, 1988’s Invisible City and 2014’s Nightwalk, expresses both “darkness” and “excitement,” depending on your perspective. Mr. Schles’s portraits of lush life in the old Village will be on view at the Howard Greenberg Gallery beginning January 29th.

And the Post carries news of a new book that takes a less nuanced view of change. Clifford Pulliam’s novel, The Gentrifier, imagines a world in which “Poor people are vanishing in droves from Bedford-Stuyvesant, Brooklyn, snatched off the street by mysterious black vans. Maybe it’s kidnapping. Maybe it’s murder.” We won’t bother breaking down the metaphor for you here.

Moving on to subjects more seasonally-relevant and less heavy-handed, the Real Deal has an interactive map showing the establishments in each city neighborhood with the oldest liquor licenses.

And at Vanishing New York, Jeremiah Moss is inspired by the burgeoning conversion of a former Gray’s Papaya to an outlet of the high-end smoothie joint, Liquiteria, to a reprise of his rallying cry against the “murder” of the city. 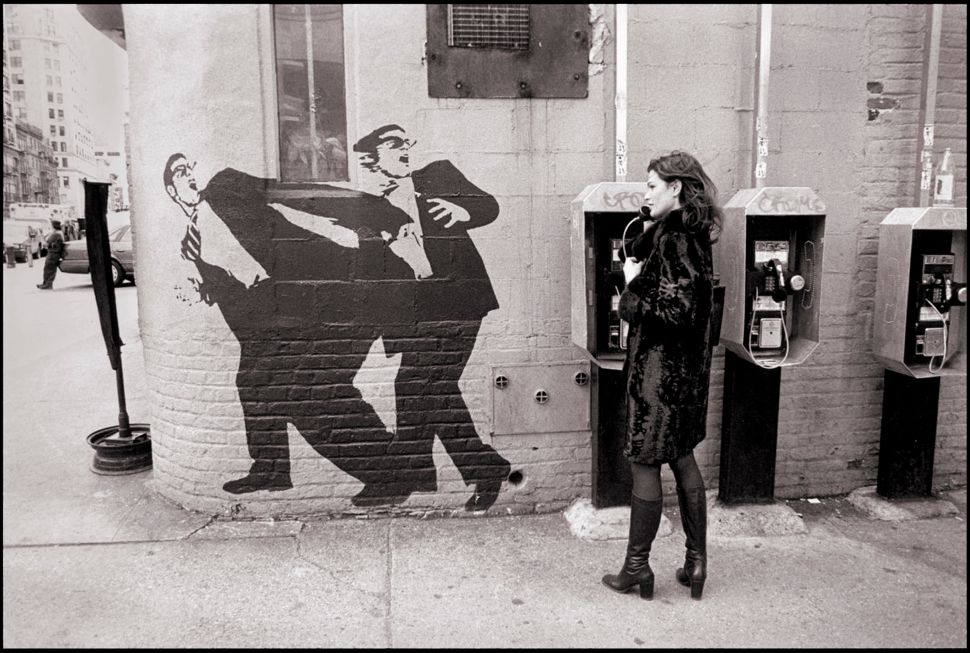