The Wall Street Journal looks at the logistical difficulties of opening a shelter as the de Blasio administration tries to shift away from renting clusters of apartments for homeless families to building standalone shelters. The city has opened 24 shelters since the beginning of the year, compared with 11 in 2013. The Department of Homeless Services says the move will bring greater transparency to the process of siting shelters, but communities seem no more pleased with standalone shelters than cluster apartments.

A veritable world away, a group of investors have agreed to put up $1.55 billion to refinance the Plaza, in an attempt to gain control of the prize asset, The Journal also reports. Investors include a founding member of the Fugees, a New York sports agent, a Saudi prince and the hotel’s current owners—the Sahara Group—who are trying to bail their chairman out of jail and regain control of a property whose potential sale has made wealthy investors the world over salivate.

For anyone who missed it this weekend, The New York Times’ piece on the cheapest apartments in the city’s grandest old buildings is well worth a read, particularly for moneyed social climbers looking for a toehold in rarefied terrain. The Dakota, for instance, has a $5.95 million two-bedroom that’s been lingering on the market. One Sutton, meanwhile, had a unit sell for as little as $1.6 million in 2012, and Riverhouse saw a recent trade for $2.65 million. Of course, one must still be a millionaire to move in, in addition to being up to snuff for the board, so, you know…

Also discounted but far from attainable: Sarah Jessica Parker’s Village Townhouse either. Ms. Parker and husband Matthew Broderick have sheared $2.25 million off the asking price, according to Curbed, trimming it to $19.95 million, which is dangerously close to the pre-renovation price of $19 million that they paid. A rare false step for the famously real estate-focused duo, or a sign that the top of the market could be topping out?

Sick of landmarks, or at least, would-be landmarks? So is the Landmarks Preservation Commission! Which is proposing to remove nearly 100 would-be landmarks and landmark districts that have been calendared for more than five years—the first step in the Landmarking process—from its oversight, according to The Times. Chairwoman Meenakshi Srinivasan argues that the city needs to clear its backlog so it can focus on new projects, but preservationists say that calendaring alone represents a considerable effort, as well as merit, and the protections it affords are necessary to protect any number of buildings that should, but have not yet, been landmarked.

In demolition and construction news: Madison Realty Capital is doubling down—or tripling down?—on its recent $23.5 million purchase of the Beigel’s Bakery site on Waverly Avenue, Crain’s reports, and has just announced the purchase of three neighboring sites that will allow it to build a 191 unit 80/20 building. The expanded parcel will also enable the development of commercial and retail space on Atlantic Avenue.

Anthony Marshall, famously bad son of famous socialite Brooke Astor, has died at 90, The Wall Street Journal reports. Marshall was convicted on 14 counts of fraud, grand larceny, conspiracy and other charges related to the theft of millions from his mother after she was diagnosed with dementia (Astor lived until 105). The cause of Marshall’s death was not released.

Another famous New Yorker with impressive longevity? The Morris-Jumel mansion, which turns 250 next year and would really like it if you visited a little bit more, according to The New York Daily News.

Just in time for winter: Pier A’s Harbor House, from the people who brought you tasty but pricey Lower Manhattan cocktail bar Dead Rabbit, is now open, Gothamist reports. Though Lower Manhattan’s nautical light is lovely anytime of year, even if the outdoor seating isn’t.

And if you’re in the mood to do a lot of cooking at home this winter, Gothamist has also checked out the enormous new Food Bazaar in Long Island City, which offers 75,000 square feet of international foods. Just beware the dangers of overbuying if you’ll be schlepping back to some distant neighborhood in Brooklyn or Queens. What seems a perfectly reasonable amount of stuff to carry around the store… 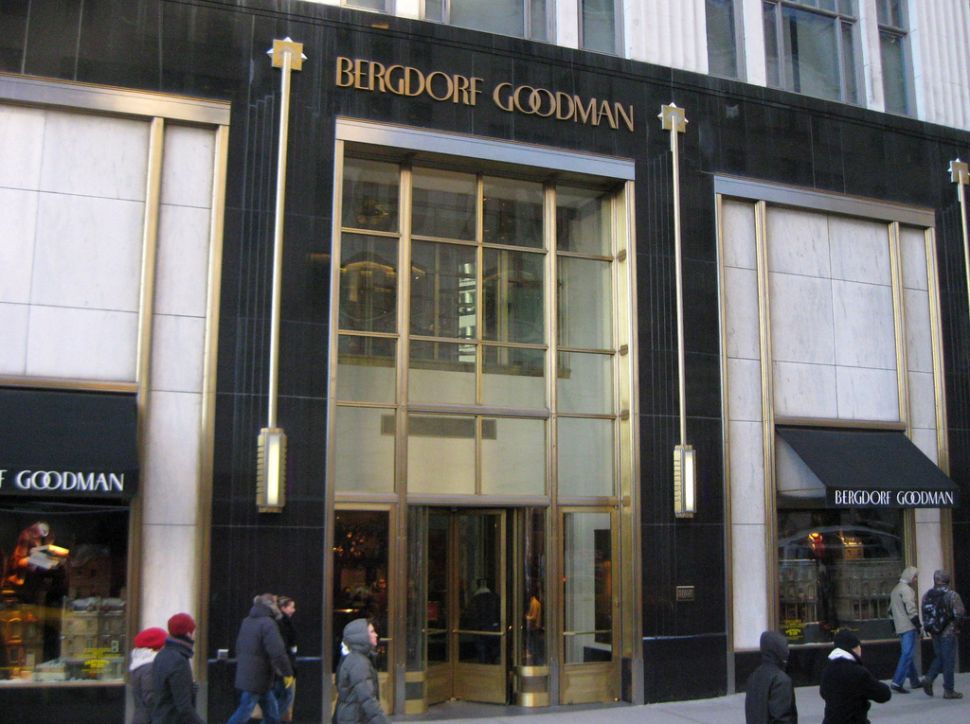