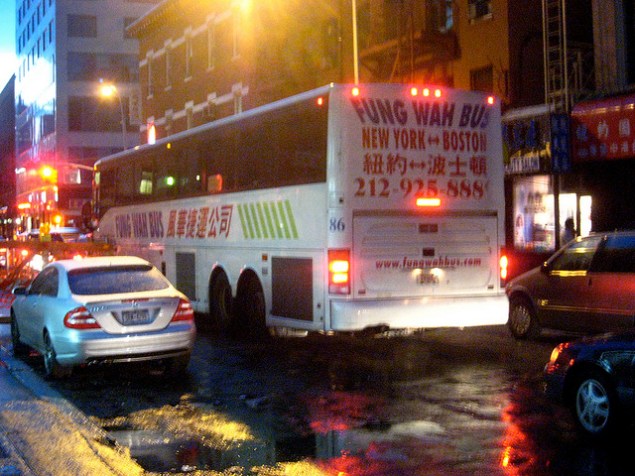 Sad Times Square: a man’s body was found behind the Ripley’s Believe It Or Not sign after he is believe to have jumped to his death from the balcony of the Times Square Hilton, The New York Daily News reports. Worst of all, the paper claims that video shows him jumping one to two days before his body was found (though details on this aspect are rather thin).

Also tinged with a strange sadness: more Americans are building “legacy properties”—multi-million dollar compounds intended to be shared with multiple family generations who often live in far-flung locales, according to The Wall Street Journal. While it’s a sort of sweet idea, somehow it only calls to mind bitter disagreements between siblings and distant cousins. Maybe saddest of all: the “resort-style” amenities being added to lure the grandkids: “People think just because they have a big house, their kids and grandkids will come visit them…But if you’re going to get young kids to come, you have to offer something really attractive.”

A small consolation—while many of the Fulton Street mall’s thriving stores may have been replaced by a lot of D.O.A  chains like Gap Outlet in recent years, it hasn’t been completely overrun by bland, fancier corporate chains. DNAInfo reports that Social Apparel, whose “strategy targets shopping corridors that brim with low- and middle-income customers,” is also coming to the retail strip.

Speaking of Downtown Brooklyn: local landmark Dime Savings Bank is hitting the market in the hopes of fetching a sales price in the vicinity of $100 million, Crain’s reports. The bank could be turned into an events space or a retail hub—it’s landmarked—but the real draw are the 285,000 square feet of development rights.

Meanwhile, a vacant retail strip along Second Avenue in Yorkville that bid goodbye to three eateries this summer could be getting two luxury residential towers, The Wall Street Journal reports. Property owner Icon Realty Management is said to be planning the demolition of the low-rise buildings that housed to eatiers, which will be replaced with something taller and fancier in anticipation of the Second Avenue subway opening (we hope they’re not holding their breathe).

More good news! Fung Wah has a greenlight to resume operations and is looking to reinstate New York service early next year, DNAInfo reports. Here’s hoping that Fung Wah can find a way to offer $15 tickets and safe voyages to and from Boston.

We have mixed feelings about this: Buzzfeed is going to get $4 million in tax credits just to stay in New York City, Capital New York reports, after allegedly considering a move somewhere else. (The company just inked a new lease on Park Avenue South in Hudson Square.) Because there are so many other cities that are the center of the media industry, we really believe that the website was seriously considering moving the entire office to D.C., Los Angeles or Minneapolis, where it recently acquired a software development firm. “Buzzfeed confirmed it had looked at other cities but declined to name them or discuss the details of their search,” via Capital.

And this: a street vendor forced out of the Williamsburg apartment where she had lived for a quarter-century has the right to return home after a housing court judge found that her eviction had not been valid, The New York Time reports. However, in an unusual twist, the current tenant in living in the unit, a young woman who signed the lease with her father, will be evicted. Housing experts say that the decision sets a precedent for determining how wrongfully-evicted tenants and their unscrupulous landlords will be handled in the future. Though the decision will also mean the displacement of a tenant who signed, and believed she had, a valid lease, so it’s hard to feel entirely joyous.

And this: a long-vacant Washington Heights row house that was the site of a horrific murder in the 1950s will be demolished along with its two neighbors along West 187th, DNAInfo reports. In their place, an apartment tower will rise. But will the neighborhood finally forget the teenaged girl who was strangled to death there in 1958, or will the crime’s eerie presence linger on?

Meredith Viera, for one, seems more than willing to pay big bucks to stay in New York: the talk show host just bought an apartment in the El Dorado, a three bedroom that was last listed at $8.55 million, according to the Post. And while it would be exciting if it were a celeb exchange, apparently it is not Bruce Willis’s three bedroom.

Well this is embarrassing: earlier this week the Post reported that Hong Kong billionaire William Fung had purchased 387 Park Avenue on the corner of East 27th. Turns out it was a different William Fung, he of Heng Sang Realty and no relation to the other William Fung, according to Crain’s. Which reminds us of a lesson we learned early on in reporting Manhattan Transfers via property records: beware the doppelganger. Especially when it’s a name like William Fung. 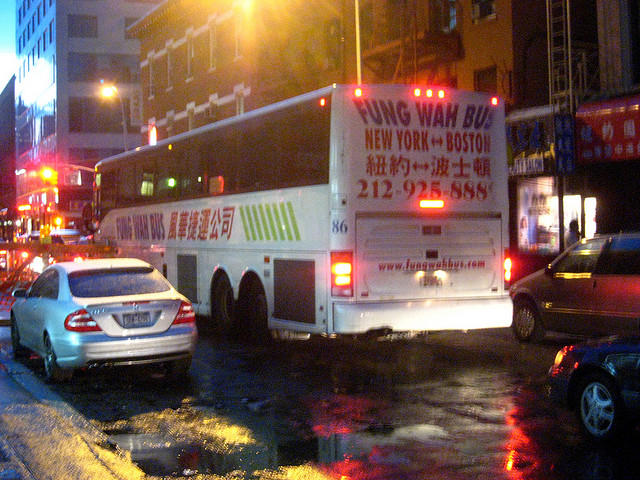