The members of Manhattan community boards 5 and 6, apparently, are not among those New Yorkers feeling conciliatory at year’s end. The boards have made substantial demands of SL Green pertaining to their plans for One Vanderbilt, set to go up beside Grand Central Station, the Post reports. Concerned citizens of Midtown would like to shift the main entrance of the office tower and to see better energy efficiency out of the building, which has been designed to receive LEED “gold” certification, rather than “platinum.” Post columnist Steve Cuozzo does not seem to think much of such demands, which, as he notes, are actually “recommendations only.”

But for those who think their own personal boards ought to be more neighborly, now is the time for action! The Manhattan Borough President’s Office is currently accepting applications for membership on the borough’s 12 boards, and will continue to do so through the end of next month. “Last year, 550 people applied for 311 spots in Manhattan, including those who were reapplying for their seats,” DNAinfo reports.

As a board member, you get to engage in all sorts of exhausting, headache-inducing debates, and also check out renderings for projects coming soon to a vacant lot near you. Curbed has a rundown of the “14 Most Mindboggling Renderings of the Year.”

Plus you can kvetch about where or not your neighbors’ renovation plans line up with the historical character of the area. In Brooklyn Heights, Landmarks is set to consider plans from Grand Theft Auto creator Dan Houser and his wife Krystyna to alter the side and rear facades and install a pool in the backyard of their home at 70 Willow Street, which once had Truman Capote as a renter, and which the couple acquired in 2012 for $12.5 million, according to Brownstoner.

Hey, at least they don’t have to tip the doorman at Christmas. But in the Bronx, the Times reports, gentrification has an uneven effect on the holiday tipping habits of tenants.

Also in the Bronx, Fresh Direct broke ground yesterday on a facility in Mott Haven, to the displeasure of some 30 protesters who showed up to decry the decline in air quality they believe will accompany truck traffic ferrying groceries to users of the service.

Consideration of a debate of a decidedly different kind is available at New York, which pressed into service the appraiser Jonathan Miller to determine the relative merits of investing in Candela and Richard Meier-designed buildings. The outcome? Candela. By a mile.

And fans of old New York have mounted a fresh effort in Greenwich Village to opposed NYU’s expansion in the neighborhood. NYU Faculty Against the Sexton Plan launched an online fundraiser last week aided by leading figures in the arts who donated items for auction. Among them was Philip Glass, who committed a page from an original score that sold for $8,000, Gary Indiana, who gave a $5,000 drawing of cats, and Lewis Lapham, who donated a signed $2,500 boxed set of Lapham’s Quarterly. 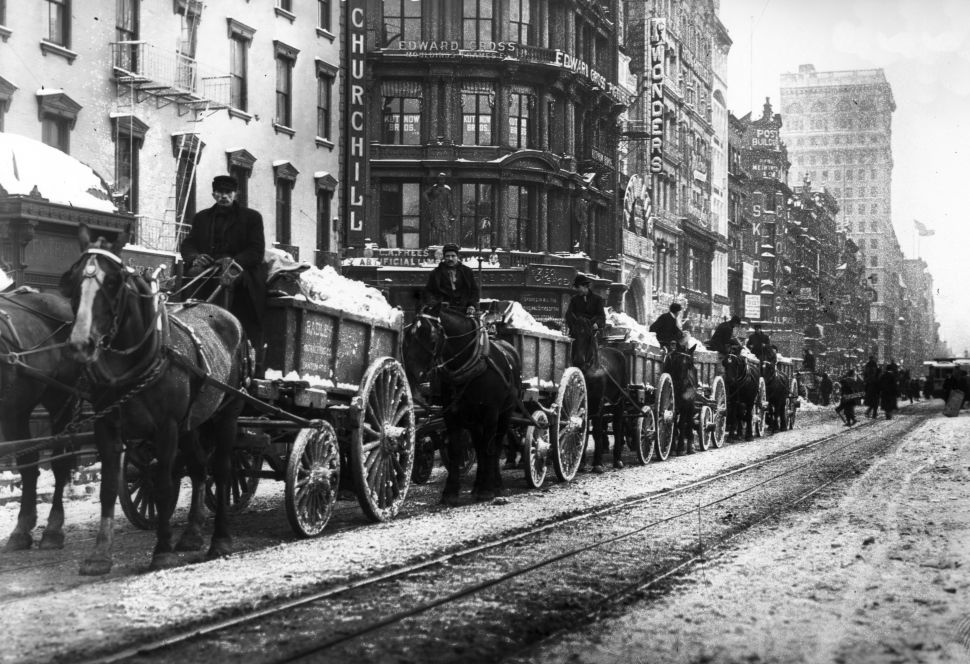