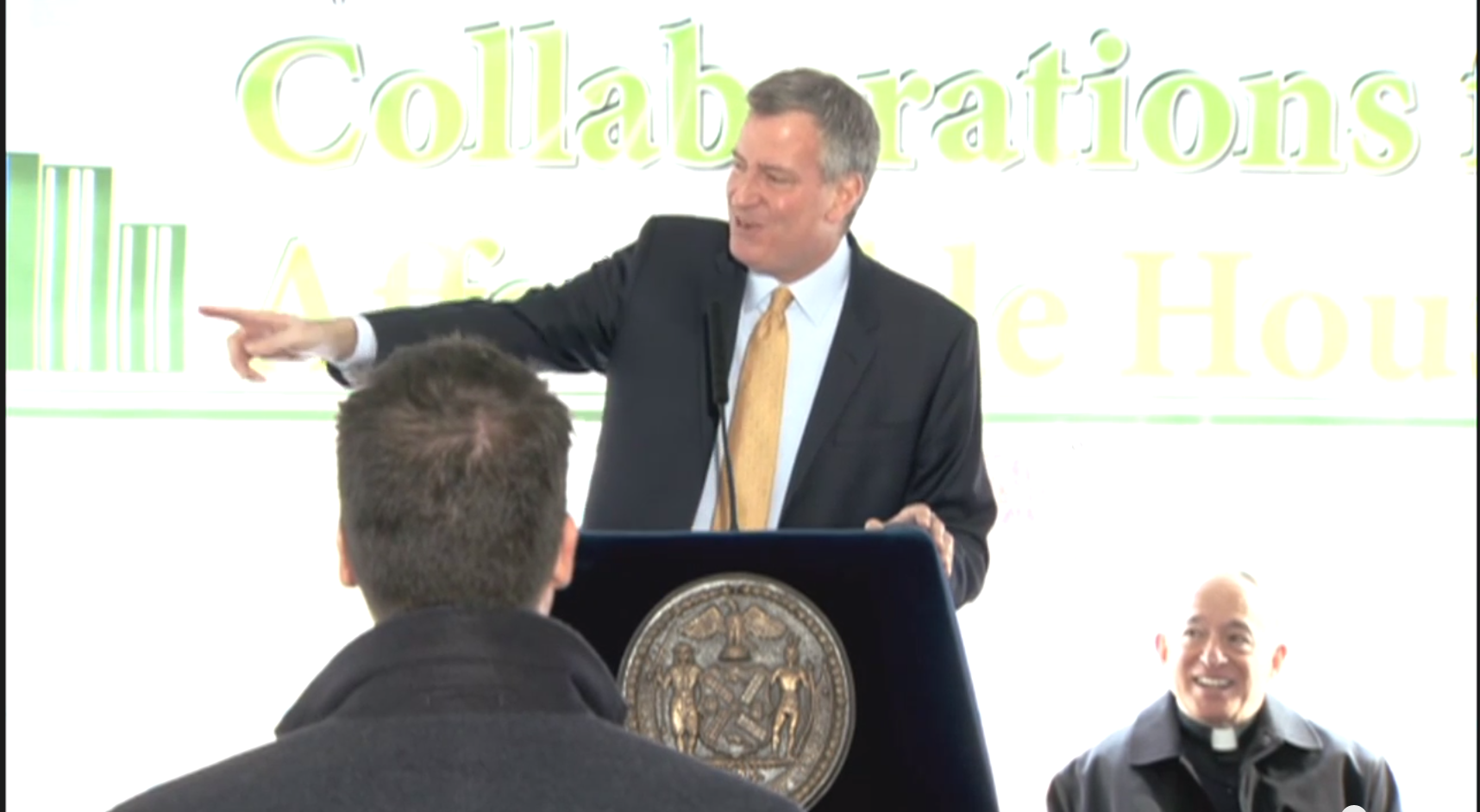 Mayor Bill de Blasio tries to move on to the next question while a Fox News producer persists. (Screenshot: Youtube)

Bill O’Reilly is fascinated by the “de Blasio Mystique.”

That was the message from an O’Reilly Factor producer who crashed Mayor Bill de Blasio’s press conference today, repeatedly asking the mayor why he hadn’t agreed to come on the conservative pundit’s show and calling Mr. de Blasio’s press staff unresponsive.

The bizarre back-and-forth ended with the mayor making an unusual move for an elected official: pleading with a member of the New York City press corps to ask him a substantive question. It began innocuously enough.

“Mr. Mayor, Bill O’Reilly has a question for you,” Jesse Watters asked, rising to his feet.

That’s when things got odd.

“Again please,” prompted Mr. de Blasio—a frequent MSNBC guest who is not quite known as a Fox News fan.

“I’m Watters, this is my world right here, OK?” the producer, known for his ambushes, responded.

“OK,” a bemused Mr. de Blasio, perhaps unaccustomed to being told he is in somebody else’s world, responded. “Continue.”

“We’ve been trying to book you on the show for weeks, and your staff hasn’t been very respectful towards us we’re just trying to—”

“Actually not,” Mr. Watters shot back.

“I’m sure they are,” the mayor insisted.

Then, with the misguided persistence of a pick-up artist, Mr. Watters made his pitch. “We’re just trying to get to know you better, what’s the problem?”

While a smiling member of the clergy who had attended the press conference looked on, the mayor tried to let him down easy.

“I appreciate the invitation, and my staff will follow up with you,” he said.

“But they haven’t been following up, and that’s why I’m here,” Mr. Watters said.

(The mayor’s press staff insists they have responded to Mr. O’Reilly’s program to say the mayor would not be available for an interview, and this afternoon a spokeswoman posted a screenshot of an email exchange on Twitter.)

But Mr. Watters wasn’t letting it go: “We’re fascinated by this de Blasio mystique. Can you help us out mayor?”

The mayor again shot down Mr. Watters, and again called on Mr. Goldman to break up the awkward exchange.

Mr. Goldman said something about coming to the rescue, upon which Mr. Watters immediately seized.

The mayor was not having it. Mr. Watters—who recently referred to former Secretary of State Hillary Clinton as “Lenin in a pantsuit“—was escorted out by security, though Mr. de Blasio made it known he was no damsel in distress.

“I never need rescuing,” he said. “I just want a real question.”

You can watch video of the exchange below. It begins at the 1:02:38 second mark. 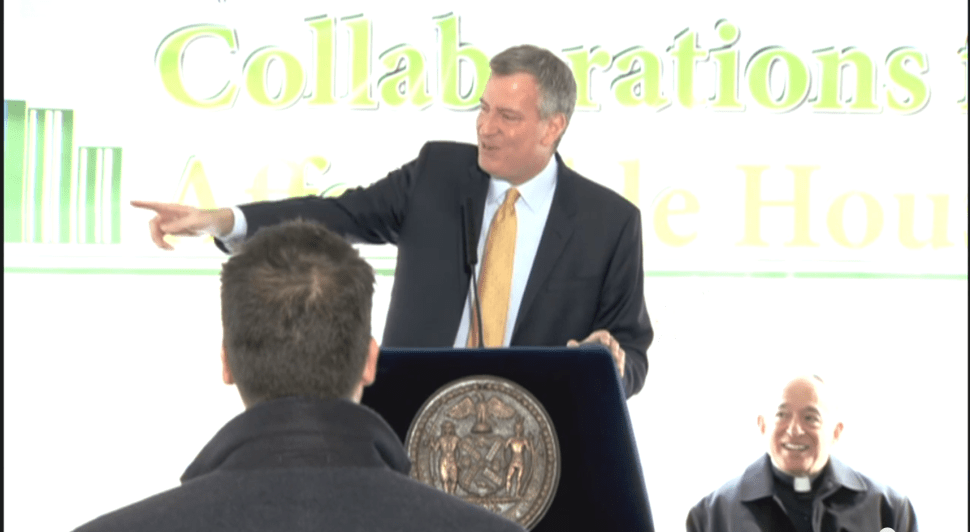