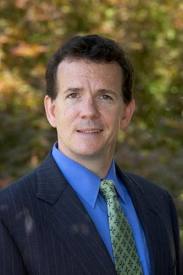 RED BANK – State Assemblyman Declan O’Scanlon (R-13) announced on Thursday that he will be introducing legislation in response to recent reports that the City of Newark has not been complying with the state pension and health benefit reforms passed in 2011.

“In 2011, Governor [Chris] Christie and a bipartisan group of legislators worked hard to bring substantial reforms to public employee benefits to bring public employee cost sharing for pension and health benefits more in line with what exists in the private sector. It was long overdue, but it has come to light that the City of Newark has been ignoring the law since it was put into place. The result is that the Mayor, Council members, and all employees in Newark pay less than the law requires – and worse, what common sense and fairness demand,” said O’Scanlon in a written statement. “The situation cries out for two responses: first, every auditor should be testing for compliance as part of routine audits. Second, the State should be ensuring that elected officials and senior managers who have failed to implement the law should be held accountable.”

O’Scanlon added that while the Christie administration will be requiring auditors to test for compliance, he wants to put some additional bite into his proposed legislation.

“I intend to codify this practice into law and take it a step further by halting any State aid to a local Government until they have come into full compliance,” O’Scanlon said. “Additionally, there needs to be accountability for the elected officials and senior staff responsible for noncompliance. For that reason, my proposal will include a provision that any local government found by their auditor to not be complying with the law shall dock the pay by twice the non-payments of any governing body members, chief executive officer, finance department head, chief financial officer, and personnel director or their equivalents. It will also establish such noncompliance as grounds for either the impeachment/removal of the Mayor or other officials noted above.”

But Sakina Cole, spokesperson for the City of Newark, refuted O’Scanlon’s assertions.

“Assemblyman O’Scanlon states that he plans to call for legislation to require auditors, as part of their routine audits, to test for compliance. We commend him for having this revelation. Unfortunately, he didn’t have it in 2011 when the City of Newark was under State oversight and was out of compliance with health insurance law. Whoever told him to attack Newark now should have given him all of the facts,” said Cole in an email to PolitickerNJ.

“At this time, under the current administration at the City of Newark, we are ensuring that all employees are in their proper health care tiers according to state law. We actually closed our open enrollment period just yesterday, December 3, beginning to bring all employees into their proper tiers effective January 1, 2015,” Cole added. “Going forward, we hope to work with the State as a partner to make sure that the City of Newark employees are in compliance and have affordable plans just as all other municipal employees of towns such as Red Bank, which Assemblyman O’Scanlon represents.”