The Color of Time is another in a growing line of pretentious James Franco disasters nobody will ever see. In this one, based on the head-scratching poems of C. K. Williams, he mopes his way through the leading role as the somber poet, who is either portrayed mindlessly or never had a life worth relating in the first place. The movie sinks without a trace.

Between sleep-inducing drivel like, “I slip up on her … hook her narrow neck … haul her to me … hold her for a moment … let her go … maybe the right words are there all along … complicity, wonder … how pure we were then … before Rimbaud, before Blake …,” the man at the typewriter with a blank face (I never trust a poet who composes poems on a machine) is: Distracted. Bored. Inspired by flashbacks to his mother’s lips, his first crush at age 12, a bleeding wound, long walks with a mystery father constantly moving from one place to another for reasons never explained, a first sexual encounter as a teenager, a white horse grazing. You could go mad waiting for something to happen.

Jessica Chastain, of all people, appears as the poet’s mother. She has about three lines. Mila Kunis fares even worse as his wife. Zach Braff does a walk-on as a friend dying from a secret disease. Lots of shots of James Franco rubbing his eyes. James Franco waking up. James Franco playing with a baby. He hired 12—count ’em, 12—student directors to work on 12 different shots in a film that never looks like it was directed by even one. Instead of dialogue, you get narration: “Uncertain clouds, unemphatic light … all that held now was that violated, looted country, the fraying fringes of the town … those gutted hills … hills by rote … hills by permission … great naked wastes of rack and spill … like genitalia, shaved and disinfected for an operation …” 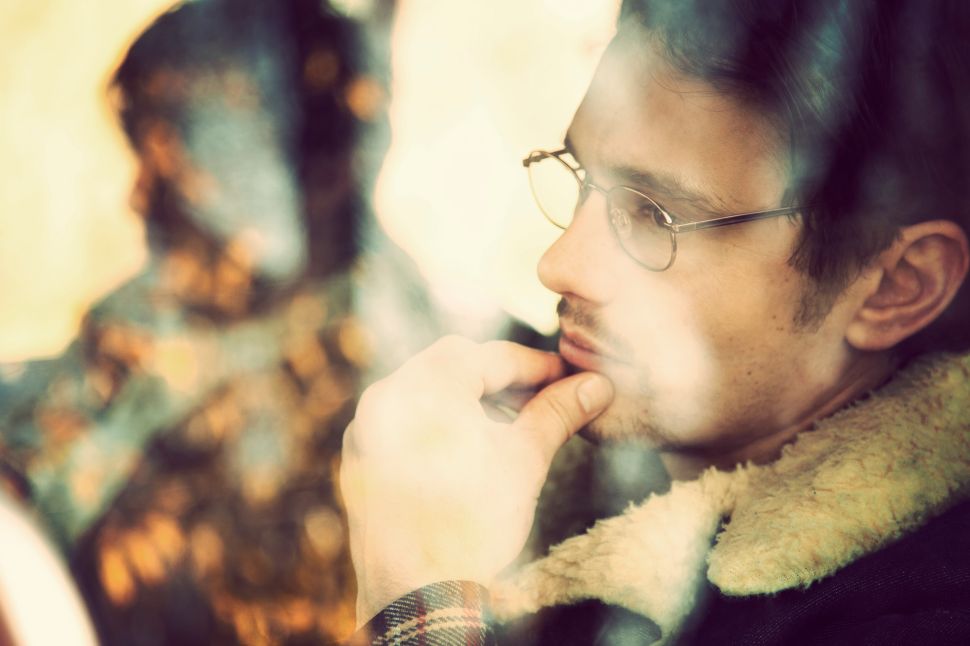