Police Commissioner Bill Bratton isn’t expecting many people to show up for a rally designed to say “thank you” to his police force this afternoon.

“From my understanding, the briefing I received this morning, the first so-called rally, the pro-police rally is a Facebook page. You may be the only person at that rally if you’re there tonight,” Mr. Bratton told a reporter this afternoon at a press conference at 1 Police Plaza. “We’re not anticipating many will be showing up. The various police unions indicated it’s not something they’re supporting and [are] encouraging people not to show up.”

The pro-NYPD rally has been promoted on Facebook and via the Twitter hashtag #ThankYouNYPD. It is intended as a counterpoint to weeks of protests calling for police reform in the wake of a Staten Island grand jury’s decision not to indict Police Officer Daniel Pantaleo in the death of Eric Garner, an unarmed black man who died while Mr. Pantaleo was arresting him.

Though he thought it might be poorly attended, Mr. Bratton allowed for the possibility that those who have been marching against the police might show up to counter-protest.

“Is it going to result in maybe a large number of demonstrators hostile to the police showing up? Possibly, with the expectation that there’s going to be somebody to demonstrate against besides us,” Mr. Bratton said.

But after weeks of impromptu marches, the police commissioner said the department was ready to deal with “about any type of demonstration.”

“We’re not expecting anything particularly out of the ordinary this evening,” he said.

The pro-cop rally is set to begin just hours after Mayor Bill de Blasio sat down with Justice League NYC, a group that has been protesting the NYPD and calling for the end of Mr. Bratton’s “broken windows” policing. Many blame the policy, which calls for prosecuting low-level crimes to increase quality of life and reduce violent crime, for the death of Garner, who was being arrested for selling loose cigarettes.

At the midtown meeting this afternoon, members of the group offered up a list of “demands,” including some things the mayor said he’s already doing, like police re-training.

The mayor also noted that the group called for a special prosecutor and other changes to the “justice process,” and said he believed on some points there might be a “valid, good alternative.”

“But I think the point is, they put forward a set of ideas and I said, ‘Here’s some I think are promising, here’s some I disagree with, here’s some I we have to think about more.’ A very healthy dialogue and it was actually an example of how a democracy is supposed to function, we’re supposed to put our ideas on the table and we’re supposed to consider ideas from every viewpoint and then we make our decisions,” Mr. de Blasio said.

One area where he and the Justice League won’t find agreement is on broken windows—which Mr. de Blasio defended yet again at length today. 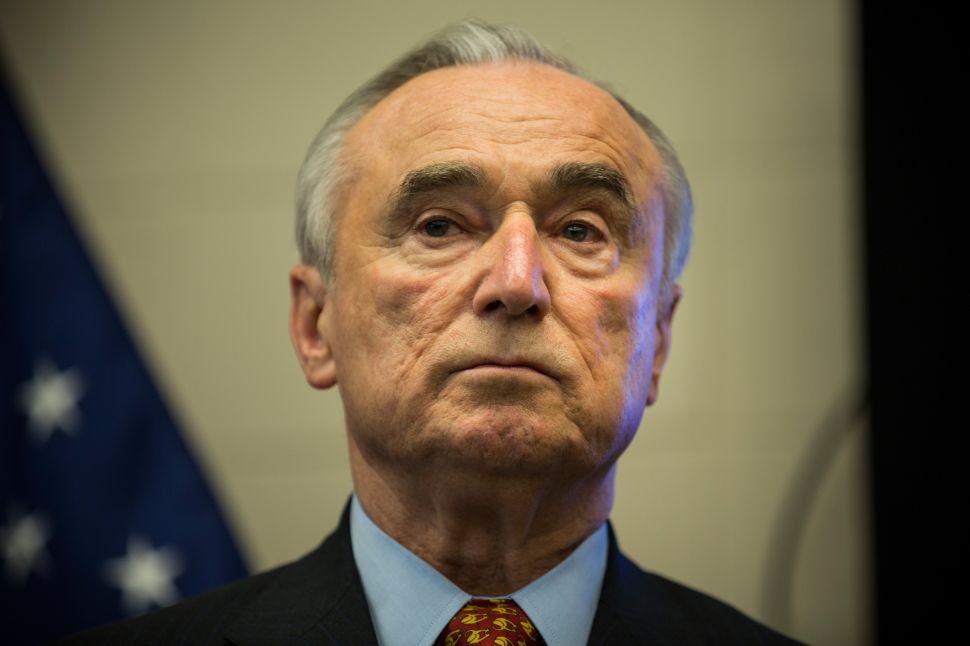