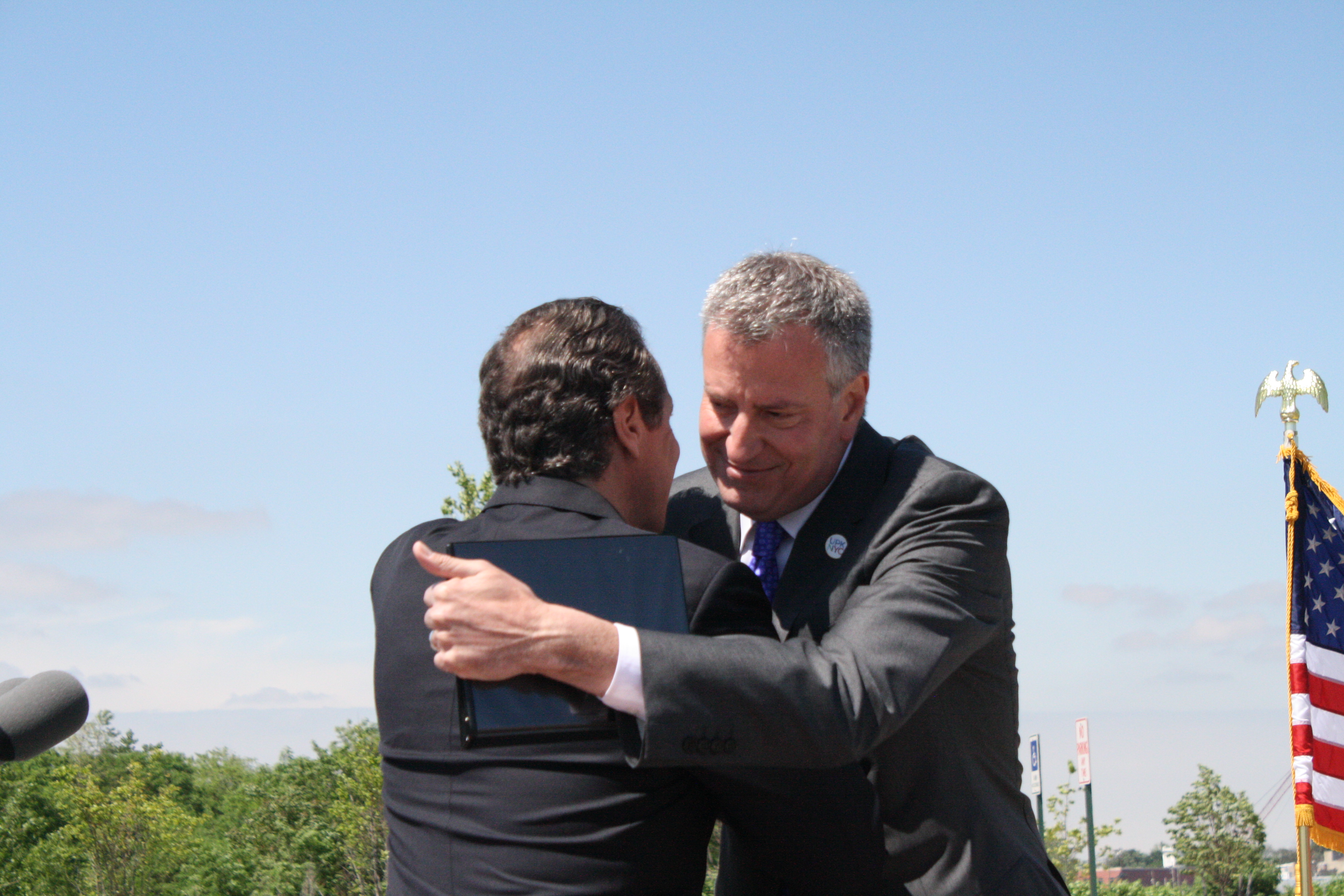 Maybe Mayor Bill de Blasio and Gov. Andrew Cuomo can spend New Year’s Eve together, because New Yorkers are pretty unenthusiastic about toasting champagne with either of them.

A Quinnipiac University poll found that just 8 percent of voters they surveyed would be interested in a New Year’s Eve date with either the mayor or the governor.

That pales in comparison to the 37 percent of New York state voters interested in watching the ball drop with former Secretary of State—and possible presidential contender—Hillary Clinton.

Still, Ms. Clinton came in second to a more popular option for a New Year’s Eve date: none of the above.

“Happy New Year! Would you like to toast the event with the man in the Governor’s Mansion? Very few say yes. The man in Gracie Mansion? Not too many takers for that either,” Quinnipiac University assistant director Maurice Carroll said in a statement. “Their favorite New Year’s date would be the lady from Chappaqua.”

Of course, none of the three politicians listed would seem to be in the market for a date on New Year’s Eve, a night when residents descend on the city’s bars and tourists clog Times Square. Gov. Andrew Cuomo is in a long-term relationship with the Food Network’s Sandra Lee—who has plenty of tips for New Year’s tablescapes and cocktails for a festive party. (The governor also has to wake up early for his inauguration speech the following day.) Mayor Bill de Blasio, who has been effusive with his adoration for his wife, Chirlane McCray, will likely be singing “Auld Lang Syne” with the first lady. And of course, Ms. Clinton is married to a former president, making a New Year’s date with the average New York State voter polled in the survey something of a trade-down.

The offices of Mr. de Blasio and Mr. Cuomo did not immediately respond to requests for comment about the poll or the executive’s New Year’s Eve plans.

The survey of 1,293 voters statewide was conducted from December 17 to December 21, and has a margin of error of 2.7 percentage points.