Brooklyn is full of writers working as baristas, writers painting houses, writers collating legal documents, writers carrying catering trays. Sean Wilsey, a McSweeney’s-weened essayist who has also written for the New Yorker and the Times magazine, among others, is not one of those writers. Nor, for that matter, is his wife, Daphne Beal, a novelist and journalist. And while we’re sure that the estimable journals to which the couple contributes pay well by industry standards, the pair has lately assured their exemption from the aforementioned odd jobs by making a savvy property play, selling a 8,750 square-foot townhouse at 405 Clinton Avenue in Brooklyn for $6.5 million, according to city records.

(Though that price is certainly respectable for the Clinton Hill neighborhood, the listing with Corcoran’s Kyle and Karen Talbott originally aimed to fetch $9.875 million; Mr. Wilsey also happens to be the son of the prominent San Francisco businessman and philanthropist Al Wilsey and the socialite Patricia Montandon.)

Because a thoroughly-perused copy of Mr. Wilsey’s recent essay collection, More Curious, is, in point of fact, resting atop the Observer‘s desk at this very moment, we have it on good authority that the writer is fond of high-end stainless steel appliances, a subject he covered to great comic effect for a piece that originally ran in Fast Company. And there are, of course, plenty of those in the kitchen of his old place—two dishwashers, two ovens, Wedgewood stove, the works.

Allegedly once the home of New York’s corrupt and flamboyant Jazz Age mayor, Jimmy Walker, the house has been generally (and “meticulously”) renovated in clean but restrained modern style. There’s a library with floor-to-ceiling built-ins serviced by one of those delightful rolling ladders, a balcony overlooking the street and a fourth-floor den with a fireplace and wet bar. Rooms are done in bright, solid colors and mostly full of light. Out back awaits a “lush” and quiet backyard, perfect for entertaining guests that might occupy one of the nine(!) bedrooms.

A starving artist’s hovel this is not. With Eric Binder, Mark Landesman—a business manager for celebrities that have included Chris Rock, Tina Fey, Eddie Murphy and Vin Diesel and the founder of ML Management Associates—is the buyer. And while he has perhaps known some artists that were at one point starving, he’s unlikely to take on any current hunger artists as clients—at least not if he wishes to continue collecting real estate of this caliber. 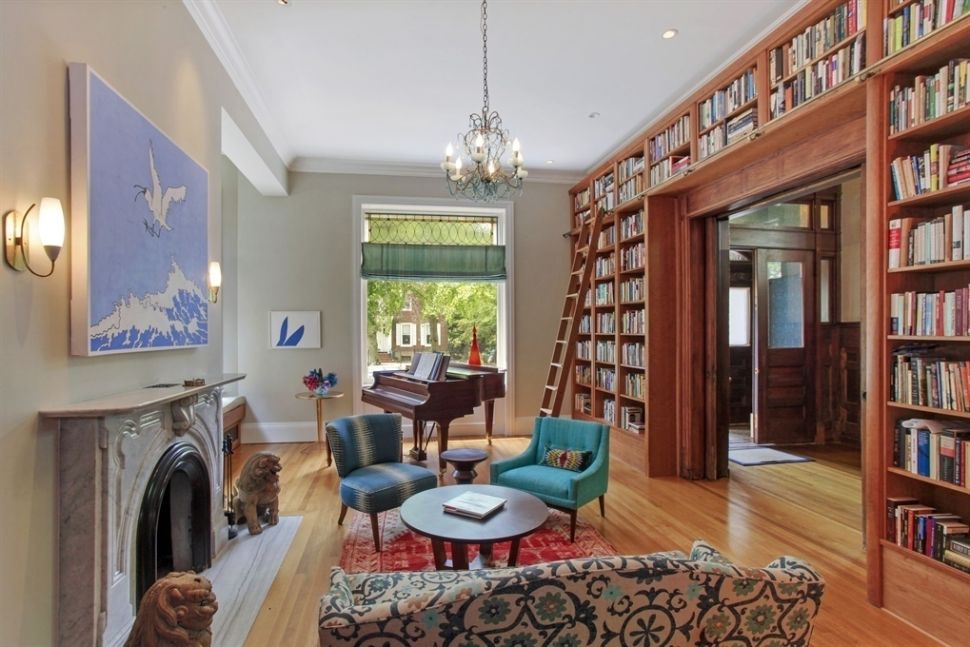