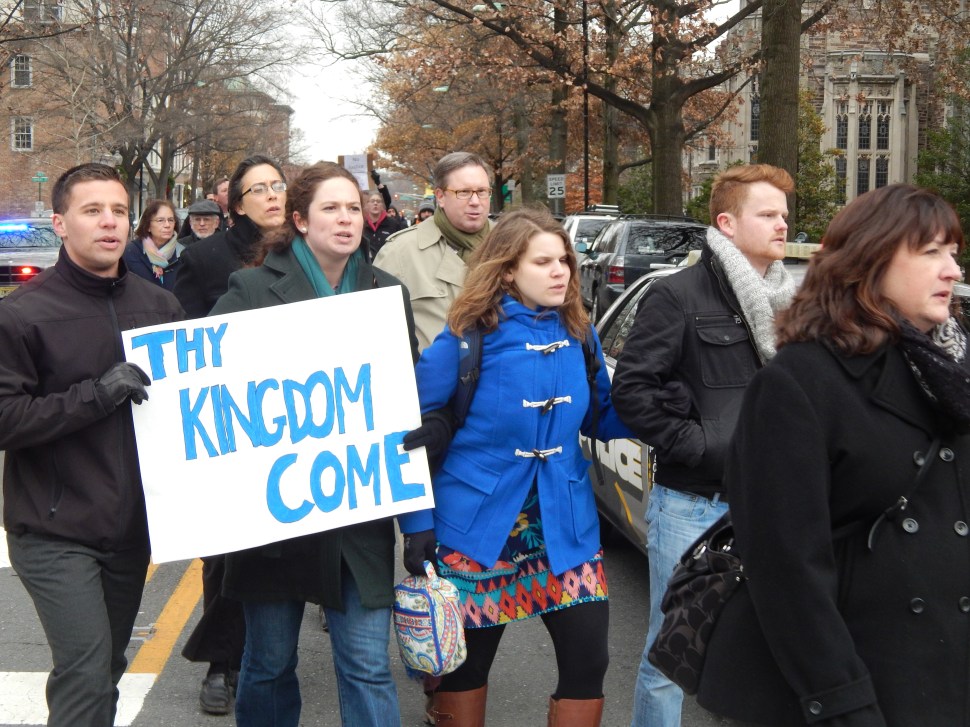 PRINCETON – Nassau Street looked like mass carnage an hour ago, as a couple hundred protesters lay down suddenly on the cold sidewalk in a mass protest of conditions leading to the death of Michael Brown in Ferguson and Eric Garner in Staten Island.

For a few moments, they were silent.

Then the voices of people affiliated with the Princeton University Center for African American Studies and the Coalition for Peace Action filled the December air. 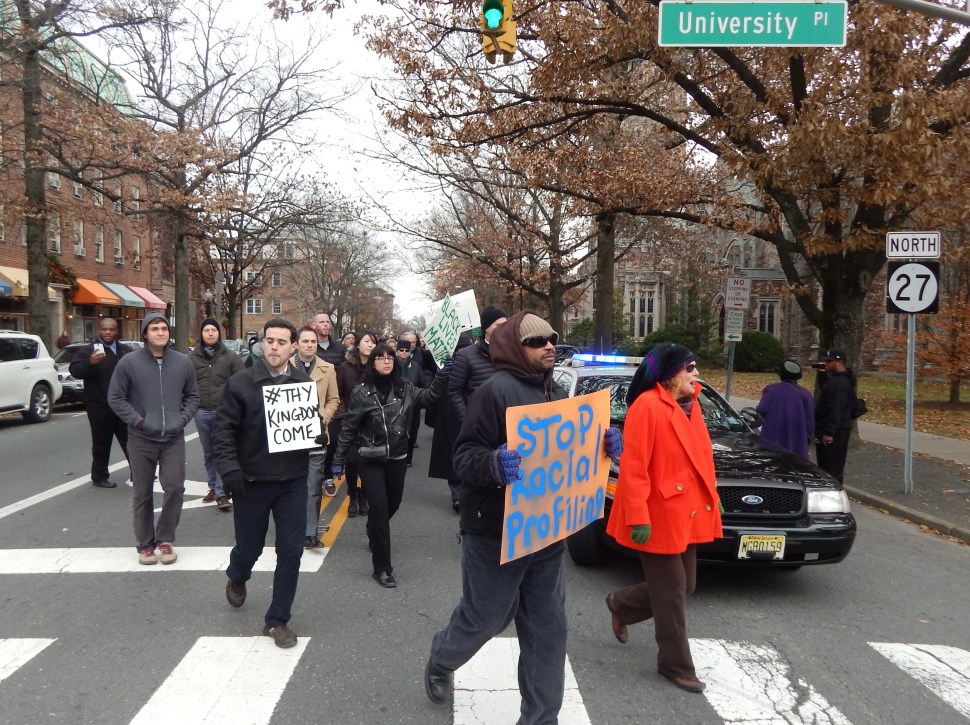 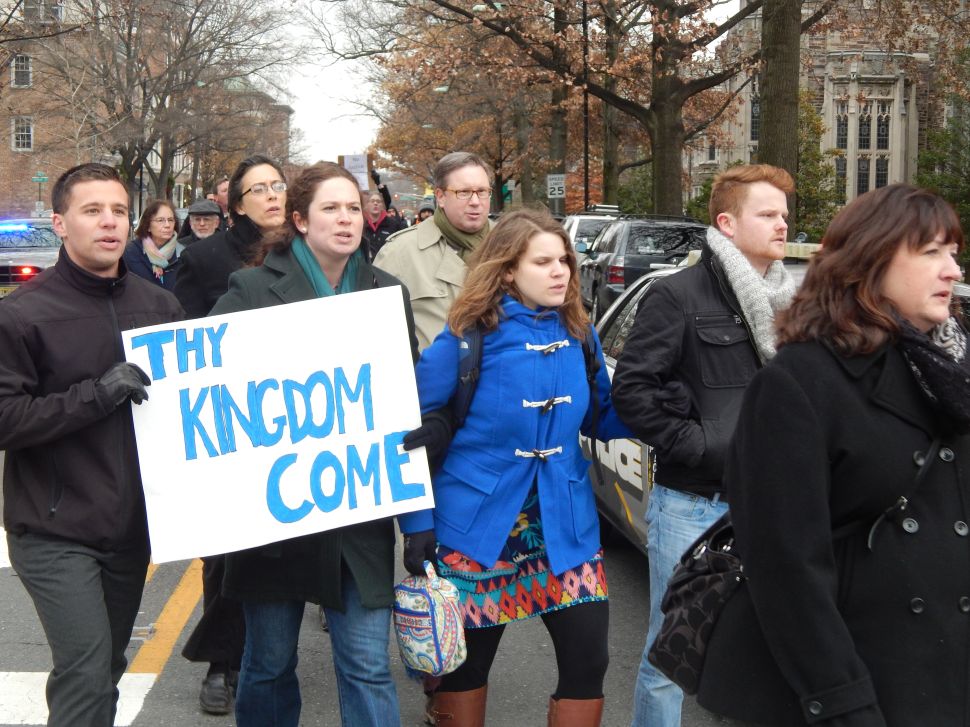