After last week’s horrific rape scene, “Mercy” straddles the line between depicting immediate retribution for Mary’s attacker and setting up all the various conflicts, recurring characters and threads that will run through the latter half of Reign’s second, and if the dismal ratings are any indication, presumably last season. In “Mercy,” we see a shift from Francis and Mary from benevolent leaders to rulers who are meant to be feared. Conde finds this out firsthand when he eeks out a hilariously disarming “Dear Lord!” when Mary unsheathes a dagger when pledging her commitment to hunting down the Protestant infiltrators who raided her bedroom. Of course, nothing drives this ruthless streak in Mary home more than when she SETS HER RAPIST ON FIRE! I was starting to wonder if the gruesome gang sexual assault was being set up to reconcile the just and fair and tolerant fictional Mary and the Mary Stuart from history who beheaded Protestants seemingly for sport. Although it’s doubtful that the show will fully embrace a protagonist’s penchant for religious persecution, Mary’s impulsive act of arson shows a definite turning point in the character.

Francis’s cruel streak is exemplified by corralling his suspects into the freezing cold so that the extreme conditions will hopefully break some down into identifying the insurgents who broke into Mary’s room. And then there’s the fact that the blackmail tables have turned with Lord Narcisse. Now that Narcisse is down and out and plucked from hiding out on a pile of hay, Francis is promising the disgraced noble a fate worse than death in regards to making the Lord his puppet. Personally, Francis would be better off killing Narcisse since the guy has a demonstrated history of being five steps ahead of the young king and he won’t hesitate to grab the upper hand again once Narcisse finds another weakness he can exploit, but that’s a lesson Francis is gonna have to learn for himself. Over and over and over again.

This hardening of both Mary and Francis ultimately ends in Mary suggesting that the pair “live separate lives” while putting on a united front to rule France, even after Francis finally comes clean about the death of Henry and Narcisse’s blackmail.

Otherwise, “Mercy” has generally been about dealing with the cataclysmic fallout from the previous episode and then setting up all the conflicts that will play out when the season resumes in January. Here’s a rundown of what we need to keep fresh in our minds for a month and change:

Okay, those are the points to keep in mind until the show returns on the 23rd. Although history proves that things don’t end well for most of the historical figures, the best we can hope for is that our favorite fictional characters make it out of the turmoil relatively unscathed. Hell, given all the historical liberties taken with the real characters, maybe they’ll all live to see old age with nary a raging ear infection or chopping block in sight. Who’s the say, really? 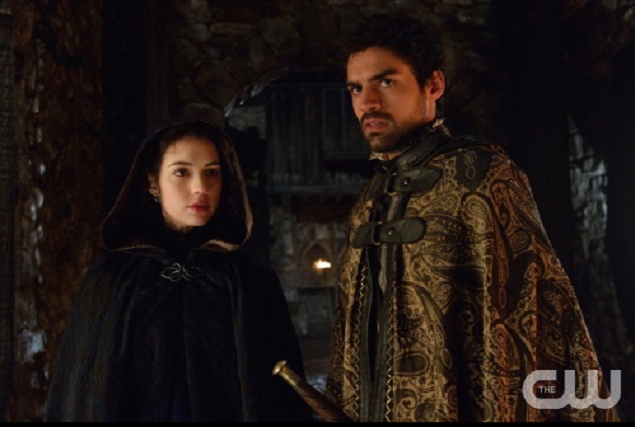