For former Bank of America executive vice chairman Stefan Selig, the $9 million he just cleared from the sale of his duplex co-op at 830 Park Avenue—according to city records—was small potatoes. In February, Salon reported that Mr. Selig, who is currently Under Secretary for International Trade at the Department of Commerce, had received more than $9 million in bonus pay in 2013 alone, plus an additional $5.1 million in incentive pay. And this to say nothing of his substantial offshore investments, some of which, Orrin Hatch once remarked, were the sort characterized by Barack Obama as bets “against America.”

But why bet for America when you get just bet for yourself? If Mr. Selig is any indicator, that tends to work out pretty well. (The only downside, arguably, is that his Wikipedia entry contains a See Also link to the “Revolving door (politics)” page.)

The place on Park, which was listed with Kathryn Steinberg, of Brown Harris Stevens, is a renovated three bedroom in one of Manhattan’s most selective buildings. Certain observers even expressed surprise at the beginning of the year when Drew Barrymore made it past the co-op board, securing for herself a place not dissimilar from Mr. Selig’s old one for something like $8.3 million.

But it’s not hard to see why house hunters of means might be willing to subject themselves to the indignities of board members’ snoopery. Jeffrey and Felecia Weiss, the new owners of 9/10A, will no-doubt enjoy the bookcase-lined library and multiple fireplaces, the “European grandeur” as expressed by French doors and iron grillwork. Once granted a starring role in a Home and Garden magazine feature, the co-op sports marble sills, “lofty” ceilings and “every imaginable luxury appliance.” The latter includes what appears to be a triple-wide wine cooler in the chef’s kitchen.

Raise your glasses, one and all. Here’s to the Cayman Islands! 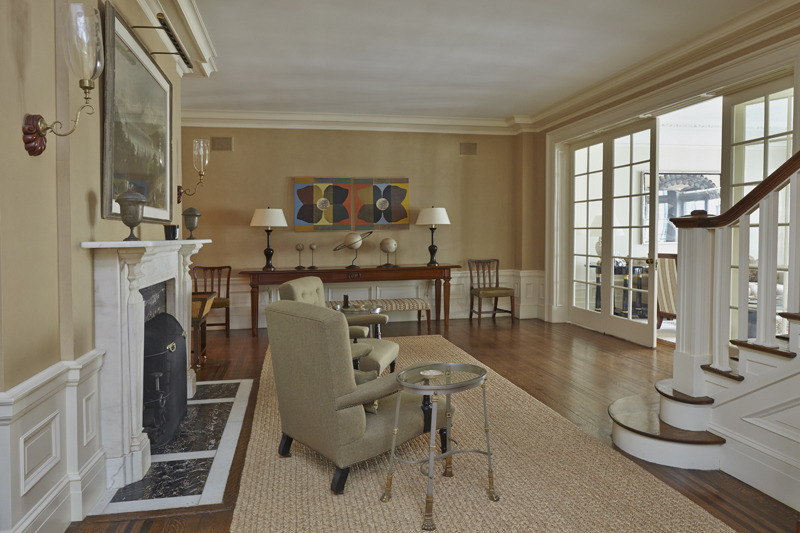