Views of a wall or an air shaft are generally considered undesirable in New York City apartments—but there are some buyers who actually prefer them.

Victoria Terri-Cote, a broker at TOWN Residential, took on a restaurateur who insisted on a rear-facing unit on a low floor. She found him a co-op loft on Warren Street that not only fulfilled his checklist, it was also well over 50 percent cheaper than the higher floor units. Once we closed, he painted every single room black. “It was actually very cool and had a ‘Batman’ kind of vibe,” said Ms. Terri-Cote.

Five years in, the client asked Ms. Terri-Cote to sell his apartment and help him purchase a new one. “I told him it certainly wasn’t going to be an easy sell with or without the black rooms, but after two weeks of convincing him he had to go white, he reluctantly agreed but still insisted his bedroom remained black,” she added. “A young engaged couple showed up about six or seven months later for a look-see and actually loved it.” Oddly enough, the restaurateur’s new Greenwich Village home is on a higher floor with lovely views but he still insisted on having the bedroom painted black.

Frank Giordano, a broker at Urban Compass, leased a rear-facing apartment at One York but not because it was an actual request or a matter of the client’s budget. In this case, the client was very specific about the desired building and a fourth-floor unit with limited views was available—and even better, the client loved the 1,700-square-foot layout with two bedrooms and a home office.

“It was a tough sell, but after looking at it a few more times, they gave the go-ahead within a matter of weeks,” Mr. Giordano said. “Better yet, it was priced at $1,600 per square foot versus $1,800 per square foot for higher floor apartments.”

Mr. Giordano said for some, a vista-less place is their only way into a desired address. “I have had buyers with budget limitations but won’t consider anything but their preferred building or street,” he said. “In those cases, I make it clear right out of the gate that they likely need to resign themselves to living in a rear-facing apartment with unattractive views. For some, that drawback is inconsequential since their goal is to get a foot in the door of that favorite building no matter what.”

Non-street-facing apartments tend to be quieter, and airshafts can be concealed with all manner of French doors, frosted glass or a fabulous hologram of a lovely park or tree-lined street.

New York-based interior designer Kati Curtis has often faced the issue of undesirable views, such as one client who purchased a unit at 15 Central Park West facing the back of Best Buy—but avoids “faking” a view. “I tend to focus on distracting one from the viewless window by using unusual wallpaper and drapery fabrics with perhaps a grass cloth shade,” she said. “Another example of what my company has designed for a room with no views was using only soft white materials to emulate a paradoxical ‘cloud’ effect.”

Lighting can do a lot as well, said Nicole Beauchamp, a broker at Engel & Völkers. “When I provide my clients with listings to choose from, I immediately inform them that one might have limited views,” she said. “Having said that, if my buyers are set on a particular building or love the layout of a rear unit, they will go ahead and hire a lighting designer to come up with savvy options that mimic natural light.”

David Maundrell, the president and founder of Aptsandlofts.com deployed stylish window shades to help lease rear-facing apartments—some just feet away from a corrugated wall of an adjacent building at the Printhhouse Lofts at 139 North 10th Street in Williamsburg. “I think if we hadn’t designed a good example of what could be done to overcome the view problem, those apartments would have remained on the market for a longer period of time,” he said.

In a dense city, not everyone can have uninterrupted skyline vistas. “For all the apartments that have expansive open city and park views in New York,” noted Jonathan Miller, president and founder of Miller Samuel Inc., “there are just as many dark ones on low floors with rear-facing views, often of airshafts and brick walls.” 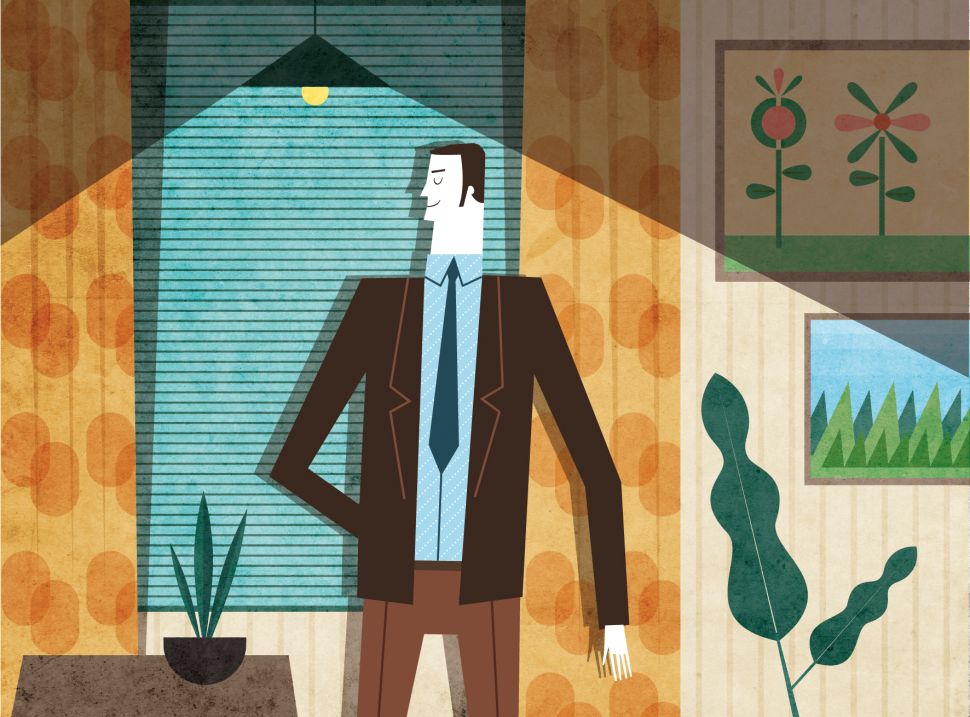