Run The Jewels turned up the heat in Hell’s Kitchen last night. So much that one fan fainted in the front row during their Bowery Presents concert at Stage 48.

El-P, Killer Mike and company gave a nearly air-tight performance, with only occasional moments of bass-heavy beats and frenetic turntablism drowning out vocals. The result was a live powerhouse, held up in part by untiring fans, not counting the one who passed out.

The one-hour-plus set included most of the duo’s second album, Run The Jewels 2, as well as songs from their first self-titled release, and a song from El-P’s third solo album, Cancer 4 Cure.

“You’re probably wondering how two 18-year-old men can get up here and do what they do,” El-P, 39, sarcastically gloated at one point in the middle of the set.

During the later half of the show, the two took a subtle breather and became more contemplative. Killer Mike, also 39, gave a short, sincere dedication to Michael Brown, the 18-year-old unarmed teenager who was shot and killed in Ferguson, Mo., in August, before starting the song “Early.”

The duo closed with one of their least bombastic songs, “Angel Duster,” which they performed after the now-ritual fake finish followed by audience members chanting, “encore!”

So what attracted nearly 1,000 fans to the far West Side on a Sunday night to see a group that came about just two years ago?

One woman from Brooklyn wearing a Run The Jewels shirt said she has been fan of Killer Mike since OutKast’s “The Whole World.”

A group of out-of-towners told the Observer that they “have been listening to El-P since the Weathermen,” referring to the underground hip-hop collective formed by El-P and fellow indie artists Cage, the late Camu Tao, Tame One, Aesop Rock, Yak Ballz and Breeze Brewin, which never took off quite like Run The Jewels. The Weathermen disbanded after Camu Tao’s death from lung cancer in 2008.

With the buzz still growing around Run The Jewels 2, the well-branded duo is gearing up for a string of shows in Europe and Australia over the next two months. That’s a testament to the chemistry between El-P and Killer Mike and their unwillingness to call it quits. 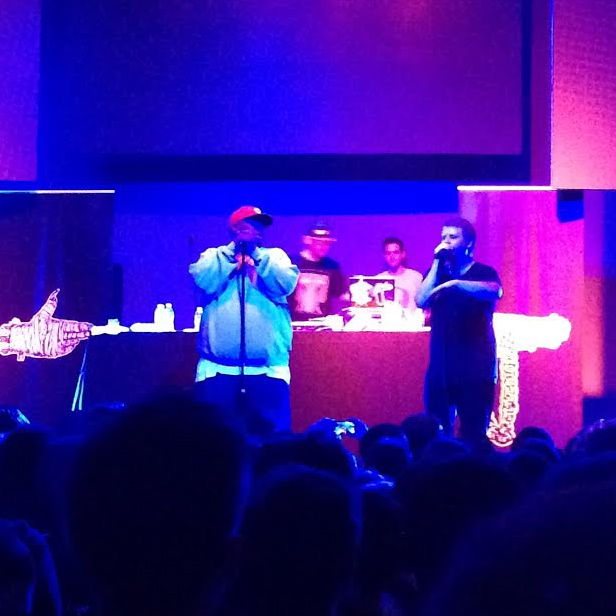