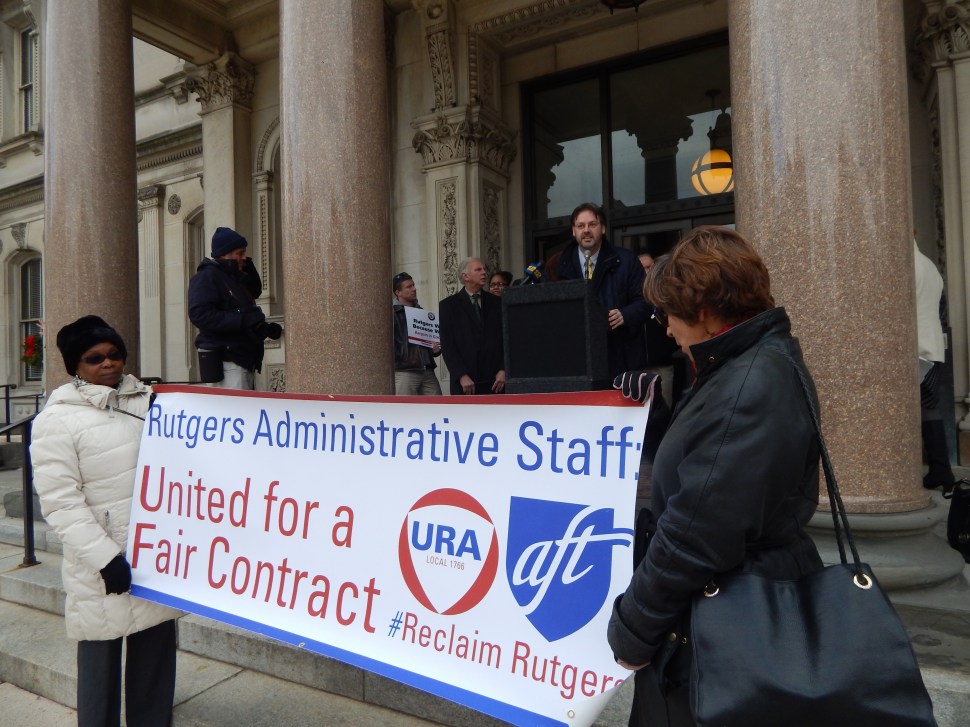 TRENTON — A coalition of faculty and staff unions from Rutgers University joined forces with Trenton lawmakers on the statehouse steps today to continue their campaign for fair contracts amid ongoing negotiations with the school’s administration.

Members of the Reclaim Rutgers campaign called on the school’s president and Board of Governors to come to the “bargaining table in good faith” and end deliberations over faculty and staff contracts, which expired three months ago.

State Sen. Linda Greenstein (D-14) said the campaign’s requests are three-fold: to “respect faculty and staff by bargaining in good faith for fair contracts immediately,” to “tackle student debt by making tuition more affordable,” and to “focus on fundamentals and stay true to Rutgers’ core mission as an outstanding institution of higher learning.”

“I think the message we have here today is very clear: we’re not telling anyone what to put into their contracts, we’re just asking them to sit down and negotiate a fair contract,” said state Sen. Linda Greenstien (D-14). “This to me seems like the simplest of requests.”

Charles Wowkanech, president of the New Jersey State AFL-CIO, added just as tuition has increased at the school, so too has the cost of living for its workers.

“I think it’s only fair to say that at the university over the past three years there’s been tuition increases, and I’m sure the board of trustees and the president there understand that our workers are no different than the university — utility bills have gone up, food has gone up,” he said.

The small presser comes as more than 20,000 Rutgers workers continue contract negotiations with the school’s administration, including its president, Robert L. Barchi. Administrators canceled scheduled pay raises and put a wage freeze on all future increases for workers in 2010, citing budget cuts at the state level. The freeze includes contracts for unions representing a broad swaths of faculty, administrators, and health-care workers — as well as newly-absorbed staff from the school’s recent merger with the University of Medicine and Dentistry of New Jersey.

Assemblywoman Nancy Pinkin (LD-18) said the negotiations should include those new employees as well.

Senate President Steve Sweeney (D-3), who was scheduled to attend the event, said in a statement read by Patrick Nowlan, executive director of the Rutgers branch of the American Association of University Professors and American Federation of Teachers, that he “fully supported” the cause. 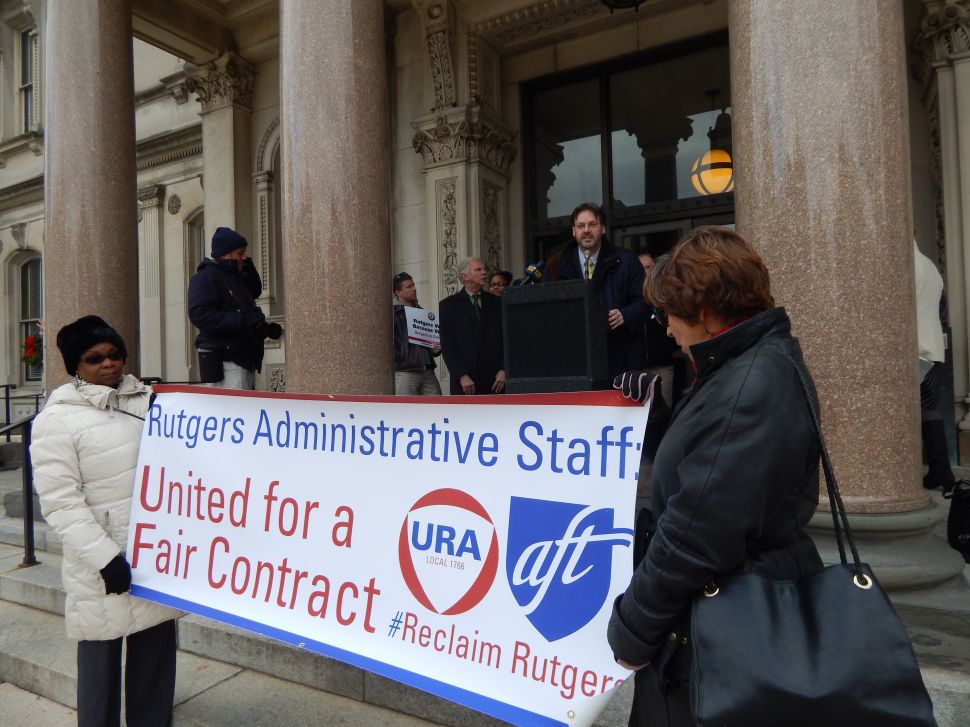