There are something like 300,000 books published every year. It goes without saying that even if one could have read all of them, one shouldn’t try. Because most books are bad.

In fact, it’s generally a good idea to wait as long as possible to read a book for a little reason that the philosopher Nassim Taleb calls the “Lindy Effect.” The longer a book stands the test of time, the more likely it will to continue to stand the test of time.

So now that 2014 is over, I thought I would give you a list of 10 books that we can safely say stood at least a small test of time (roughly one year, that is). They are books that I and the 35,000 readers on my reading list email have enjoyed and learned from. If you’re looking for some books to read in 2015, you could do worse than these standouts published in 2014.

The Boys in the Boat: Nine Americans and Their Epic Quest for Gold at the 1936 Berlin Olympics, by Daniel James Brown

This is a fabulous narrative non-fiction and a deeply inspiring blue-collar story. I didn’t know much about rowing before, but this book does an excellent job of making you care, making you root for this hard-working, earnest kid in the Depression with a terrible family, and almost makes you cry when he makes something of himself. If you liked The Tiger or Shadow Divers, this is a book in that league.

How Adam Smith Can Change Your Life, by Russ Roberts

Earlier this summer, I was recommended an obscure old book by Dr. Drew, and since the last book he recommended changed my life, you can bet I went and picked it up. This time, the book was Adam Smith’s Theory of Moral Sentiments. Here’s the problem: though it is an amazing book, it is also an incredibly challenging read. So it’s absolutely perfect that Penguin has published a new book called How Adam Smith Can Change Your Life that is about Adam Smith’s Theory of Moral Sentiments. It is very readable and an absolutely must-have companion to the original text. People think of Adam Smith as being this ruthless economist who studied self-interest but in this book it’s clear that he was a great moral philosopher. I loved his concept of the “indifferent spectator” that one ought to use to judge their actions. What would they think about what you are about to do? Also, his crucial distinction between “praise” and “praiseworthiness.” (Hint: the latter is what matters.)

Dying Every Day: Seneca at the Court of Nero, by James Romm

Finally! A biography of one of the Stoics that is really good. I loved this book and read it in one long, long flight. I was riveted—and I’m someone who already knew a lot about Seneca. This book is particularly interesting because the author understands that his subject is a person of contradictions but doesn’t judge the subject. Instead he seeks to understand him. Through Seneca, these questions arise: How can a philosopher accumulate so much political power? How can a wise man tutor such a monster? How can an austere man aspire to (and enjoy) great wealth? How can a philosophical writer also be a passionate playwright? I’ll say it again: I loved this book. I saw how torn Seneca was between his philosophy and his Machiavellian role in politics. I related to this very deeply. I have felt this same contradiction; I imagine a lot of people have. I don’t necessarily agree with all its conclusions, but it made me think all the way through. (The other good Stoic bio is The Inner Citadel, by Pierre Hadot, about Marcus Aurelius.)

One measure of quality in a book is how quickly you read it (provided that it’s not short, obviously). I read this one in a day after emailing Zack (who I know) to request a copy. I loved his first book on Jay-Z, and this one is just as good, if not better. It is not a biography but a business book, with Michael Jackson as the business model. This is certainly appropriate considering the man’s estate has grossed nearly $1 billion since Jackson passed away five years ago (or was murdered, depending on your opinion) largely based on investments Jackson made early on in his career. Most famously he bought most of the Beatles catalog, along with thousands of other songs over the years. His understanding of music publishing was unparalleled, and his timing even better. As Zack points out, his investment in the Beatles catalog in 1985 at the rates he purchased it at is on par with buying Apple stock at the IPO. There are a lot of interesting interviews and sources in the book that give you a good sense of the business strategy behind his many decisions. I also learned that most of his weird persona was the result of a P.T. Barnum-esque marketing campaign. I would have loved to see more criticism (of things other than his spending), but other than that, this is a great business book and I wish there were more like it.

Lincoln and the Power of the Press: The War for Public Opinion, by Harold Holzer

Not very often do I find a book that combines the two things I have studied with great effort over the last few years: media and the Civil War. I was very excited to read this book and found it utterly fascinating (though admittedly not for everyone). As you can see from my much longer Observer piece about it there are a lot of parallels between Lincoln’s media environment and the toxic one we live in today. Then, as now, it’s the media who manipulates itself and often, a good president must in turn figure out how to play it, just to get back to even.

Show Your Work!: 10 Ways to Share Your Creativity and Get Discovered, by Austin Kleon

I would recommend this book even if I didn’t know Austin. Show Your Work! is pretty much the exact philosophy behind my reading list newsletter. I talk with readers each month about the books I am reading and the things I am learning—instead of keeping that hidden or closed off. It makes me better. It motivates me. It’s not about perfecting things in a laboratory. Austin is a fantastic artist but most importantly he communicates the essence of writing and creating art better than anyone else I can think of. Also his other books are amazing. Steal Like An Artist is excellent. His book Newspaper Blackout is fantastic art (and I don’t recommend much poetry). (FYI: these are short, graphical books.)

There are a few authors whose books I will automatically pre-order. Michael Lewis is at the top of that list (and I’m not the only one; there’s a reason his book on high tech Wall Street trading sold 150,000 copies in its first week). While this isn’t quite as good as The Big Short, it’s a very necessary and eye-opening read about high-frequency trading and it’s warping effect on the markets and the economy. One of my clients wrote an earlier book on HFT, called Dark Pools, which is the next book to read after this one. Critics have pointed out that Lewis slightly overdoes his it-hurts-the-little-guy argument, but he is right—HFT is corrupting, exploitative and essentially without benefit to society. So his argument aside, it’s wrong because it’s wrong. I think you could also make the connection to Trust Me I’m Lying—a bunch of basically normal, decent people responding to and taking advantage of destructive economic incentives at the expense of the public at large.

The Hard Thing About Hard Things: Building A Business When There Are No Easy Answers, by Ben Horowitz

Ben Horowitz wrote a fantastic book. If it was the only thing he’d ever done, I’d consider him a master. But it’s not. Building billion-dollar companies, slogging through the depths of multiple recessions, mentoring hundreds of entrepreneurs—these are the things Ben does for his day job. Writing for him is just a side project distilling that hard won experience into lessons we can use. This book is inspiring, it’s honest, it’s practical and it’s actually real. There’s a reason Horowitz’s essays have taken hold online second only to those of Paul Graham. There’s already been a backlash about this book, but it’s one of the best business books I have read in a very long time. Also, what a title right?

Hormegeddon: How Too Much Of A Good Thing Leads To Disaster, by Bill Bonner

This is a book I have been waiting to recommend for a long time—almost a year in fact. I got to work on it while in development and I have to say Will Bonner is a very smart man. In fact, I didn’t even realize I quoted one of his other books in the paperback of Trust Me I’m Lying. Anyway, this book is a great look at the economics and fallacies inherent in how we think about strategy, politics, business, wealth and health. The title coins a new phrase, combining hormesis—a helpful dose that when increased turns adverse—and armageddon, meaning disaster. Too much of a good thing—in health, for instance, or government—well, that’s created many of our biggest crises. This book is worth a read, for sure.

If you want some more book recommendations, sign up for the reading recommendation email. I hope you enjoy these books. I know they’re new, but I am hoping they will last. If you’re still suspicious, well, hopefully you’ll feel safer with these slightly older recommendations from 2011, 2012 and 2013.

Ryan Holiday is the bestselling author of The Obstacle is the Way, Growth Hacker Marketing and the editor-at-large at Betabeat.com. His monthly reading recommendations can be found here. 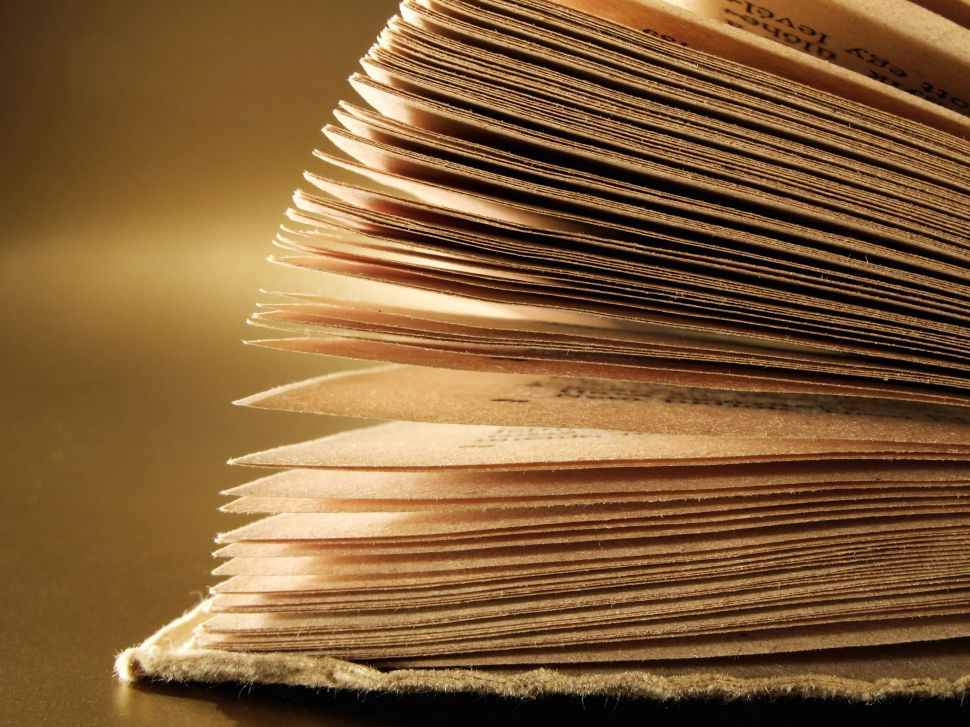