The Corcoran Sunshine Marketing Group opened sales today at River and Warren, a development at 212 Warren Street in Battery Park City converted by Centurion Real Estate Partners and Five Mile Capital, LLC from a rental building with more than 300 apartments to a condo featuring roughly 190 units, ranging in price from $1.475 million for a lesser two bedroom to more than $10 million for the penthouse. Slated for occupancy during the first quarter of 2015, the building represents a relatively rare offering of freshly-developed waterfront residential property in a neighborhood where all the land has long been spoken for.

“Battery Park City is completely built,” Justin D’Adamo, a managing director at Corcoran Sunshine, told the Observer. “There’s no more land for development. However, in this case, the sponsors saw the opportunity to convert an existing building to something at a higher level.” Mr. D’Adamo noted that the area recently saw a pair of other rental-to-condo conversions, in 225 Rector Place and 1 Rector Park. But these buildings, he emphasized, lack direct park and waterfront access.

“What compels someone to live in Battery Park City is the lifestyle, the ability to walk out your door and be in the park, to have your children’s playground right there, to have a soccer field and volleyball,” Mr. D’Adamo said. “It’s all about the recreation and lifestyle on the waterfront that some of the other neighborhoods can’t offer.”

And of late, he observed, the arrival in the area of Goldman Sachs, Brookfield Place—which will before long host Hermes, Salvatore Ferragamo, Michael Kors and other high-flying retailers—and a trio of Danny Meyer outposts has made the aforementioned lifestyle increasingly attractive to buyers who might otherwise look to Tribeca, the West Village or the Upper West Side.

To lure such discerning clientele, the developers outfitted the property with luxury standards—shared “amenity roof,” fitness center, play room—and engaged CetraRuddy Architecture, whose recent work includes One Madison and Walker Tower. Prices, of course, are considerably lower than at those bold-face projects, and lower, too, than in more fashionable neighborhoods nearby.

“In Tribeca, for new luxury development, you’re going to pay $2,700 a square foot and up,” Mr. D’Adamo said. “The West Village is going to be even higher than that. The average here will be well under $2,000 [a square foot].” Buyers thus far priced out of the luxury new development market, he said, would find welcome opportunities at River and Warren.

For that, to be sure, we can all be deeply thankful. 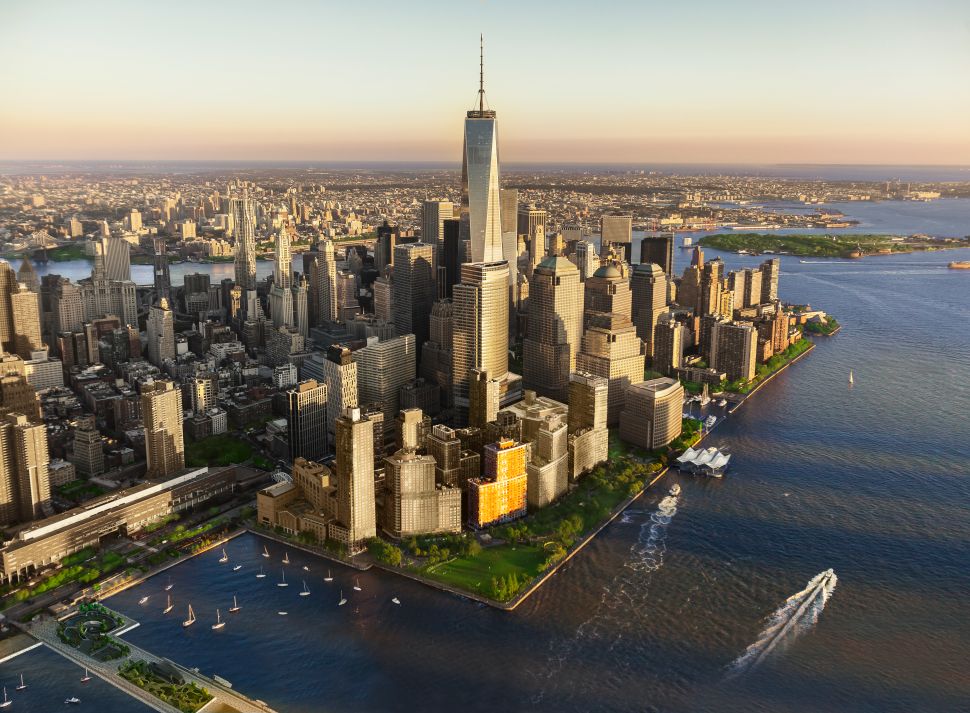