If Mayor Bill de Blasio wants a new tax on apartments owned by absentee landlords, he probably isn’t going to get it.

That’s the message State Senator Jeffrey Klein, a Bronx Democrat who still leads the State Senate with Republican Dean Skelos, had for the Democratic mayor who said he hadn’t ruled out pursuing a so-called pied-à-terre or luxury tax in Albany next year.

“I’m not in favor of a tax–I’m not in favor of taxing just for the sake of taxing,” Mr. Klein told the Observer at City Hall today, where he appeared for an unrelated press conference. “If you can show why the tax is needed because you need additional revenue for a defined purpose, well then we can discuss it–but on this specific luxury tax, I don’t think it makes any sense.”

“If someone wants to spend millions of dollars and invest in New York real estate because it’s a good investment, that’s good for our overall economy. So I don’t know why we should automatically tax that individual,” he added.

State Senator Brad Hoylman, a Manhattan Democrat, recently introduced a bill that would levy a tax on apartments valued at $5 million or more that are owned by absentee landlords. Mr. de Blasio never formally endorsed the tax or rejected it, and Alicia Glen, his deputy mayor for housing and economic development, said the de Blasio administration would be open to taxing the real estate industry to raise revenue for the mayor’s affordable housing plan.

Though Mr. de Blasio forged a close relationship with Mr. Klein in the last session, the mayor failed to get a tax hike passed in Albany that would have funded his universal prekindergarten expansion. Instead, the tax-averse legislature, with a big assist from Mr. Klein, funded Mr. de Blasio’s program from the state budget. Now, with the Senate firmly in Republican control–Mr. Klein’s breakaway Democratic conference is expected to have some leadership role in the next session–new taxes have been ruled out.

The real estate industry is strongly opposed to Mr. Hoylman’s legislation and maintains a very close relationship with the Senate Republican leadership and Mr. Klein. Liberal Democrats, marginalized in the Senate, along with left-leaning economists and tenant activists, back the tax.

“If we’re going to be successful in this legislative session, and by the way successful as a Democratic Party, we have to move towards helping the middle class, show people we’re actually creating programs that benefit them,” Mr. Klein said. “I don’t think we’re necessarily going to win back the middle class by taxing people. I think we have to find a much smarter approach.” 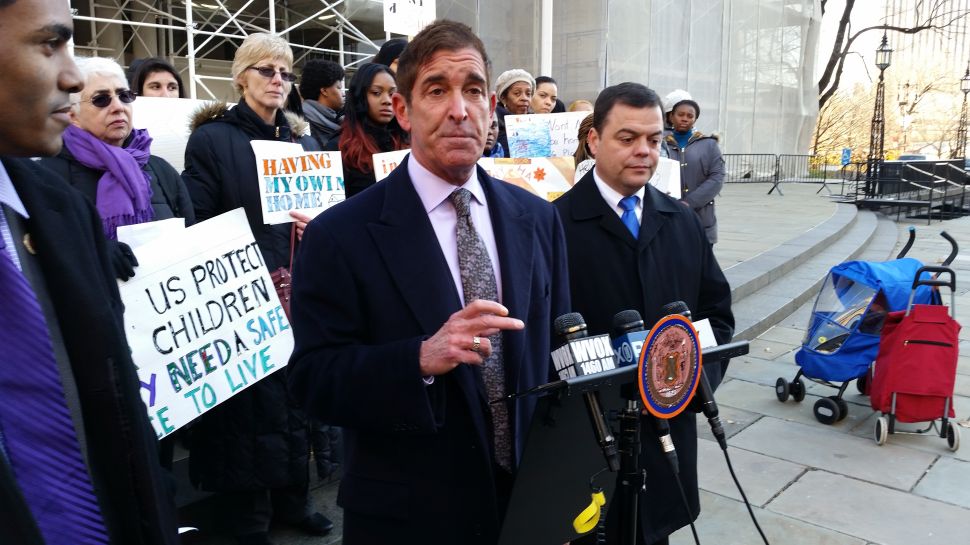