If the idea of a mob of Internet people getting together to fight crime and find the answers to unsolved murder mysteries makes you nervous, you’re going to want to take a seat for what’s coming next.

CrowdSolve is a new Indiegogo campaign to build an app for online crowds of citizen investigators. Inspired by the podcast Serial, the platform would allow users to collect public documents and crack the case where real investigators have allegedly botched the job.

“I’m a strong believer in the wisdom of the crowd,” CrowdSolve founder Colin Heilbut, a self-professed redditor, told Betabeat. “I don’t think it’s impossible for passionate, intelligent people on the internet to find truth with the right structure, assistance and tools.”

Crowdsourced crime-fighting has a bad reputation, partly because the idea of an online vigilante mob is itself horrifying, and partly because that reputation is well-earned. When online communities like Reddit have tried their hand at solving crimes and exacting justice, they’ve often picked the wrong perpetrator, doxxed alleged rape victims and made up dozens of fanciful conspiracy yarns along the way.

To Mr. Heilbut, this is all an issue of the tools not being good enough to get reliable, verified information.

“We’re building CrowdSolve from the ground up to greatly, greatly mitigate the risk,” Mr. Heilbut said. “It’s a challenge, and it’s going to take a lot of time and energy to put the proper systems in place.”

CrowdSolve will supposedly provide a home for the public documents, a forum for debating theories and visualization tools for making presentations and videos. The money from Indiegogo will pay for the construction of the app and for the fees used to acquire the public documents, which Mr. Heilbut estimates is about $10,000 per case.

But even with great tools, the motivations for homemade investigators often have more to do with voyeuristic thrill than a pure hunger for truth and justice—a motivation made manifest in the Indiegogo video for CrowdSolve, which has a cinematic sheen that turns the lives of the accused and the victims into action-packed narratives.

That, Mr. Heilbut says, is just the unfortunate nature of engagement—if you want to get people to take their medicine and help out for a good cause, sometimes you have to mix in a spoonful of sugar, or whatever other powder you might use to describe CrowdSolve’s brand of gamification.

“I agree that it’s peculiar to take serious struggles and make them engaging so that they appeal to a large number of people, but it’s effective,” Mr. Heilbut says before looping back around to Sarah Koenig’s work on Serial. “She’s taken an equally serious subject and making it entertaining.”

But Sarah Koenig is also a journalist, working closely with lawyers and experienced investigators to explore the sequence of events. Redditors may not like that she withholds certain pieces of information for the sake of integrity or sensitivity to her subjects, but online communities don’t have a stellar reputation when it comes to respecting people’s privacy or individual desires.

Ms. Koenig also doesn’t have an agenda beyond telling a story. CrowdSolve explicitly mentions The Innocence Project, saying on the Indiegogo campaign that they could “help bring justice” to thousands of the wrongfully imprisoned by proving their alleged innocence.

Mr. Heilbut says that CrowdSolve isn’t meant to replace professionals, just tee them up to do their job more effectively. This is where Mr. Heilbut invokes Wikileaks, where the information isn’t always perfectly verified, but where the baton is often picked up from the crowd by unbiased, experienced professionals to make real change in society.

“I don’t think our highest-ranked users should be called to testify in a court of law,” Mr. Heilbut said. “But the content we produce could be a great starting point for the real actors in these cases.”

But we almost never hear of professionals asking for the crowd’s help in matters like this. The Boston Police certainly didn’t ask for it when Reddit pointed to the wrong guy as a Boston Marathon Bombing suspect—a boy who was later found dead. Mr. Heilbut says that this is because until now, the crowd hasn’t be guided correctly, and experts haven’t seen what good the crowd can do when given the right tools and process. Given the right app, Mr. Heilbut thinks he can turn that around.

“There’s a young generation of professionals in these industries who are aware that these systems can improve workflow,” Mr. Heilbut said. “But we have a tremendous amount of work to do to prove ourselves worthy of their consideration.” 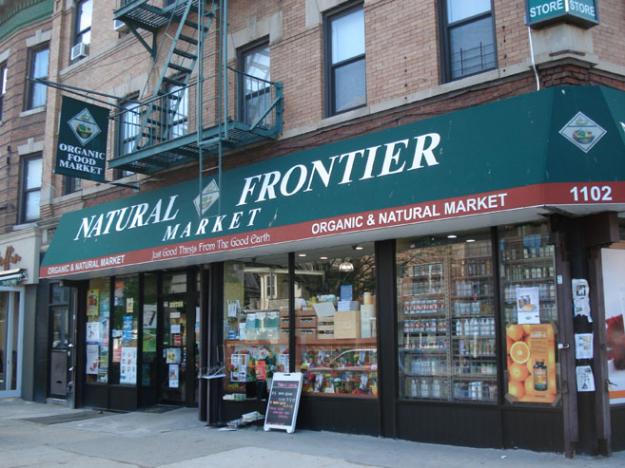