Wealthy casino moguls aren’t the only ones unhappy with deals being cut in New Jersey’s ailing gaming mecca.

That’s what it sounds like, at least, after Thursday’s fallout in Trenton following news that billionaire investor Carl Icahn walked away from a deal with union workers to buy out a floundering Trump Taj Mahal casino in Atlantic City before it shuttered its doors. That dispute, many believe, had a corresponding effect in the statehouse, compelling lawmakers to delay a vote on a much-anticipated set of bills during both legislative sessions that could have brought swift economic relief to the city’s financial troubles.

But Atlantic County insiders say that’s not the only reason the legislation, similar versions of which were slated for votes in both the Assembly and Senate, was held. It’s also facing serious backlash at the county level, where local officials are railing at the prospect of having to shoulder higher costs themselves as a result of the legislation that gives tax breaks to casino and residential property owners in Atlantic City.

The legislative packages in question, one sponsored by Assemblyman Vince Mazzeo (D-2) in the legislature’s lower house and another sponsored by Senate President Steve Sweeney (D-3) in the upper house, are aimed at alleviating some of the city’s financial problems — exacerbated recently by a decline in its cash cow casino industry — by granting the city’s casinos tax breaks, stabilizing its property tax base and ensuring casino workers have health care, and redirecting money to pay down city debt, among other things. According to some, the move signifies an effort on the part of lawmakers to shore up Atlantic City before it goes the way of Detroit, as Gov. Chris Christie himself has suggested, and as it continues to make its transition from a gaming-based city to its long-awaited reincarnation as a “destination-resort town.”

For others, however, it’s a quick fix necessary in order to pave the way for grander designs — namely, to bring an expansion of New Jersey’s casino industry into the norther reaches of the state. Lawmakers in North Jersey have long pined over the possibility of erecting casinos in places like Jersey City and the Meadowlands, both to capture revenue for their own constituents and re-capture revenues currently being lost to competing gaming industries outside the state.

Both New York and Pennsylvania boast lucrative gaming industries and continue to build casinos within driving distance of many New Jerseysans, and as a result are siphoning off much of the gaming returns that the state itself could be pocketing, proponents of North Jersey casinos say.

Like others, Pascrell noted that one of the ways to come up with those resources would be to build casinos in the state’s more densely populated regions and divert some of the revenues produced to supporting Atlantic City. And while, technically, those antsy North Jersey casino proponents still face a full year on the state’s five year gaming moratorium, which Christie and Sweeney signed in 2011 and which bars any talk or action on expanding gaming outside Atlantic City until 2016, insiders say a vote in the legislature could come early as next year to put the measure on a statewide ballot.

“You’ve got to stop the bleeding, you’ve got to do triage,” Pascrell said, adding that most agree Atlantic City must be dealt with first, hence the timing of the bills. “That’s what this is about.”

But the legislation has deeply irked some in Atlantic County and elsewhere, who see Trenton rushing to cram through measures to prop up Atlantic City and move forward with statewide gaming initiatives all at the expense of local South Jersey residents. One Atlantic County source who did not wish to be named in this article said the legislation, which he said aside from the Icahn problems faces serious opposition from local officials who’ve questioned the legality of some of its components, caused an “absolute uproar” in certain South Jersey political circles.

“The county of Atlantic is not going to let this legislation go forward to the detriment of the towns outside of Atlantic City. It’s not only not constitutional on its face, but blatantly hurts the taxpayer of Atlantic County,” the source said, blasting the legislation’s sponsors as a “grocer and a gym teacher” that “know nothing about economic development or tax policy.”

“The point is for years the taxpayers of Atlantic County have been suffering because of the mismanagement of Atlantic City,” the source added.

The problem is not just that Trenton has neglected the positions of local residents and lawmakers in its at-all-costs mission to save Atlantic City and move on north Jersey casino development, sources say, but that the legislation in its current form actually negatively impacts those parties. Under Mazzeo and Sweeney’s payment in lieu of taxes (PILOT) program, which would reduce taxes on some of the larger casinos by as much as $10 million a year, municipalities in Atlantic County would see their own property taxes increase to compensate for the tax benefits given to Atlantic City and its casinos — a countywide net increase of 12-13 percent, or by $9 million a year.

Many local officials are fuming at the prospect, said Don Purdy, mayor of Galloway, a town that faces one of the biggest tax increases under the PILOT legislation.

“They say we need these casinos to survive — you’re right, we do,” Purdy said. “But on the other hand, at what expense? if you’re residents can’t afford to pay their taxes and live in their house, what sense is it?”

Purdy recognized that “something needs to be done” to curb Atlantic City’s economic and financial struggles, but that lawmakers “need to come up with better plan than to put it all on the backs of the taxpayers that can’t afford to live here as it is.” He slammed north Jersey pols for putting their own political interests in front of concern for the effect northern casinos might have on Atlantic County, while also pointing to other legislation proposed in recent weeks that could both stabilize Atlantic City and safeguard Atlantic County residents from incurring costs.

That includes a rescue package sponsored by Republican Assemblyman Chris Brown (R-2), which would eliminate tax breaks to casinos under Mazzeo’s plan and instead freeze Atlantic City taxes for five years at 2014 levels on all taxable property, including casinos.

“It’s ridiculous,” Purdy said of the Democrats’ plans, adding that many of his fellow mayors are in agreement. “We’re not going to stand for it.”

Still, others are waiting to see how deliberations continue to play out. Before returning to a vote in the Assembly and Senate, it also needs to pass Christie’s desk, whose own Atlantic City aid proposals have included appointing an emergency city manager and  establishing a public-private partnership to lead redevelopment, following a model similar to that in New Brunswick. It’s unclear whether Christie would support Sweeney and Mazzeo’s plans, but those unhappy with the current iteration of the bills trust Christie to make them more palatable.

Pascrell, for his part, granted there remain some difficulties with the bills, but he expects them to get worked out smoothly.

“I think all of the important players on both sides of the aisle and in both houses are coming together with a package that everyone will be happy with,” he said. 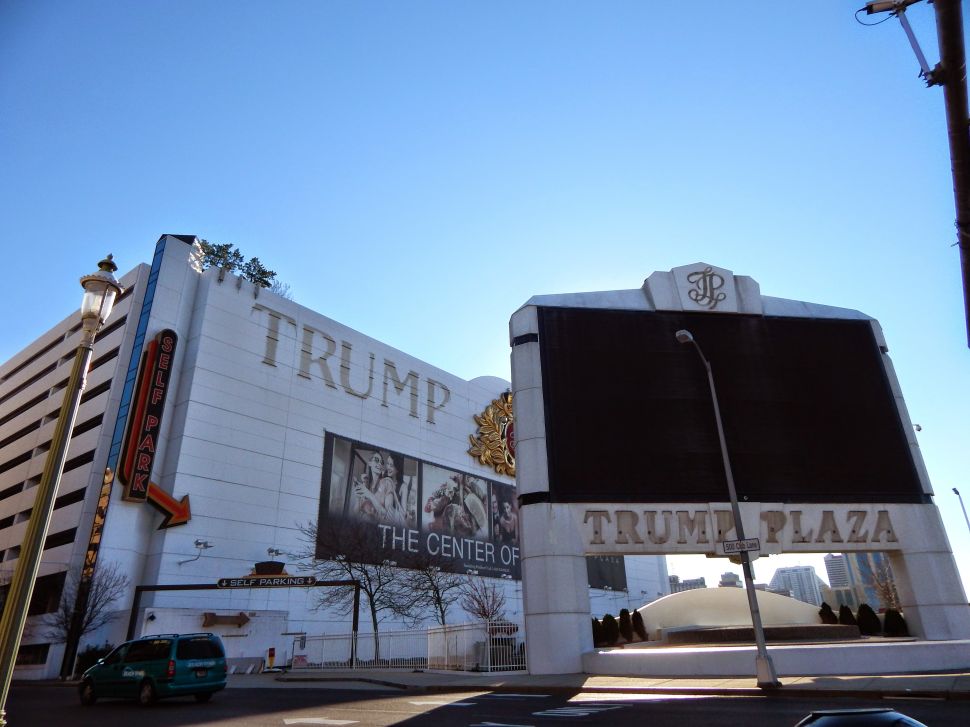