The past year has been one of profound change for Sophie B. Hawkins.

The singer-songwriter, best known for early ’90s hits like “Damn, I Wish I Was Your Lover” and “As I Lay Me Down,” ended her nearly 20-year relationship with her manager and partner Gigi Gaston, and relocated from Los Angeles with her young son, Dashiell, to her native New York City.

The 47-year-old Ms. Hawkins, who is working on the follow-up to her 2012 studio album The Crossing, among other projects, will cap her cross-country move with a sold out “homecoming” concert Thursday at the intimate Rockwood Music Hall.

Reinvigorated by her change of scenery, Ms. Hawkins recently got on the phone to discuss her past, present and future.

What prompted the move back to New York?

I have to tell you, there wasn’t a day I lived in California that I didn’t want to move back to New York. I mean that very sincerely. … The long story very short is I started about five years ago to really focus every day on what my life would look like if I was most happy, and that was living in New York … working in NY and having certain other, personal things more different. When my relationship ended in L.A. after 17 years, it was almost as if the castle guards had left, the gates were open and it took me a while to realize—wait, I can go back to New York. … It’s not just moving back to New York—I had been estranged from my family … it was like I came into a whole world that was about forgiveness and rebuilding. There was so much healing.

That’s a lot of change in a short time—how do you take time to process everything?

Having a 5-year-old—he just turned 6—there isn’t much time to process. I didn’t have time to write in my journal for hours or take some days [to think]– there isn’t time like that. There’s the whole thing with the physical move and the emotional move, and to tell you the truth, because my relationship had ended, and that was so traumatic for him, I had to really focus on his well being in every aspect. Everything that was [about] my well being never came into my consciousness. The fact that I was moving to New York was enough for me, and then, there was a point where I think I started to process it and … finally, I think the songs started coming last spring. First, the joyful songs, and now … getting into the break-up and betrayal, those songs are starting to come, so that’s how I think I deal with it.

How is this homecoming show positioned in your mind? Is it a summit point in the year, or just the beginning of what comes next?

I think it’s the beginning, because at the Iridium [in October] was an experiment. I said I’ll do songs from the musical; I’ll do songs from my upcoming cycle of songs, and of course, the songs from the past. I’ll do them all with guitar and it worked so well. Then I thought, this is really the beginning of me discovering how to tell the story in a different way. What I did find is the new songs got such a good response, and I don’t think the people were just being nice. … I want to be part of the musical community again with my new music and this is the way to do it.

Sophie B. Hawkins plays tonight at the Rockwood Music Hall at 9:30 p.m. 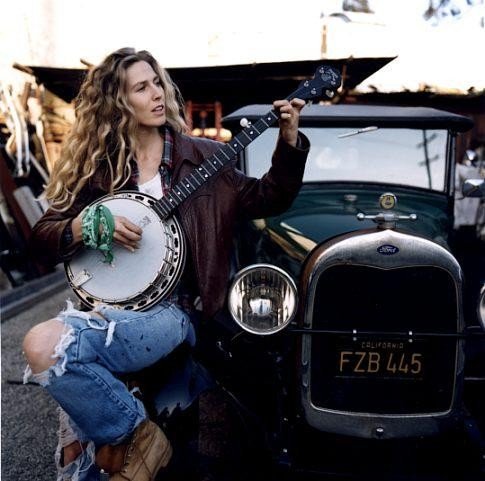