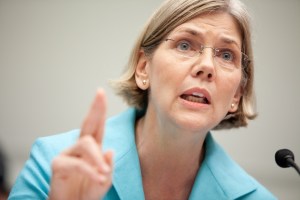 It has become apparent that if Hillary Clinton faces a credible challenge from the left in her effort to win the 2016 Democratic primary, that challenge will come from Elizabeth Warren. But Ms. Warren would almost certainly lose a primary battle against Ms. Clinton, who would enjoy a huge advantage in fundraising, organization and name recognition.

Supporters of Ms. Warren are undoubtedly buoyed by the recollection of the 2008 Democratic primary. However, Barack Obama’s success against Ms. Clinton in 2008 was almost unprecedented and unlikely to be repeated by Ms. Warren, or anybody else in 2016. Recent primary history is informative. In 1988, 1992 and 2000 a moderate front runner—and Clinton mythology notwithstanding, by early 1992 Bill Clinton was the front-runner—held off a challenge from a progressive opponent. In 1984, the early favorite, Walter Mondale, won the nomination by handily beating an opponent, Gary Hart, who was not necessarily the progressive alternative, but who ran as the non-establishment type candidate, something Ms. Warren would try to do if she runs in 2016.

Progressive activists who would like to see Ms. Warren run may argue that even if she does not win, she can benefit from challenging Ms. Clinton, helping to move the party more towards the left and positioning herself for a 2020 candidacy should a Republican win the White House in 2016. That is an appealing idea, but one that is probably wrong.

Ms. Warren would undoubtedly like to see her party, particularly on economic issues, move in a different direction. “Ms. Warren,” noted the New York Times, has been musing with associates in recent weeks about how to keep the party focused on questions of economic fairness, as she did with her unsuccessful attempt to stop a spending bill this month that included language that would benefit banks.” However, running for the Democratic nomination, but losing to Ms. Clinton, is no way to do this. Ms. Clinton already knows she is to the right of Democratic activist base on several economic and foreign policy questions. She will either move to the left or not based on what she wants to do, but it is hard to imagine President Hillary Clinton, sitting in the Oval Office in early 2017 after walopping Ms. Warren in a series of Democratic primaries, deciding she therefore needs to govern differently.

Losing to Hillary Clinton in 2016 is not going to help Ms. Warren in 2020 either. If Ms. Clinton wins a contested nomination, but loses the general election, at least some in the party will blame Ms. Warren, creating problems for a Warren 2020 candidacy. Similarly, 2020 is a long way from now and by then there will be new issues and new rising stars in the Party. Elizabeth Warren’s moment is probably now, but she is blocked by Ms. Clinton.

The only reason Ms. Warren should run for President is if she thinks she can win; against Hillary Clinton, that will be very difficult. A new Washington Post/ABC poll has both bad news and good news in this regard. The poll shows 63 percent of Democrats support Ms. Clinton for the nomination, a 49 point lead over the second place candidate, Vice President Joseph Biden. Ms. Warren sits in third place with 11 percent supporting her. This poll indicates that Ms. Clinton is not likely to lose a primary, but that Ms. Warren is in the top tier of the non-Clinton candidates.

For Elizabeth Warren, the best strategy remains being the candidate to whom the party turns should Hillary Clinton decide not to run—or more accurately withdraw from the campaign she is already running. That is a frustrating position for Ms. Warren and particularly for her avid supporters, but it is much better than losing badly to Ms. Clinton and hoping that experience magically moves Clinton to the left. 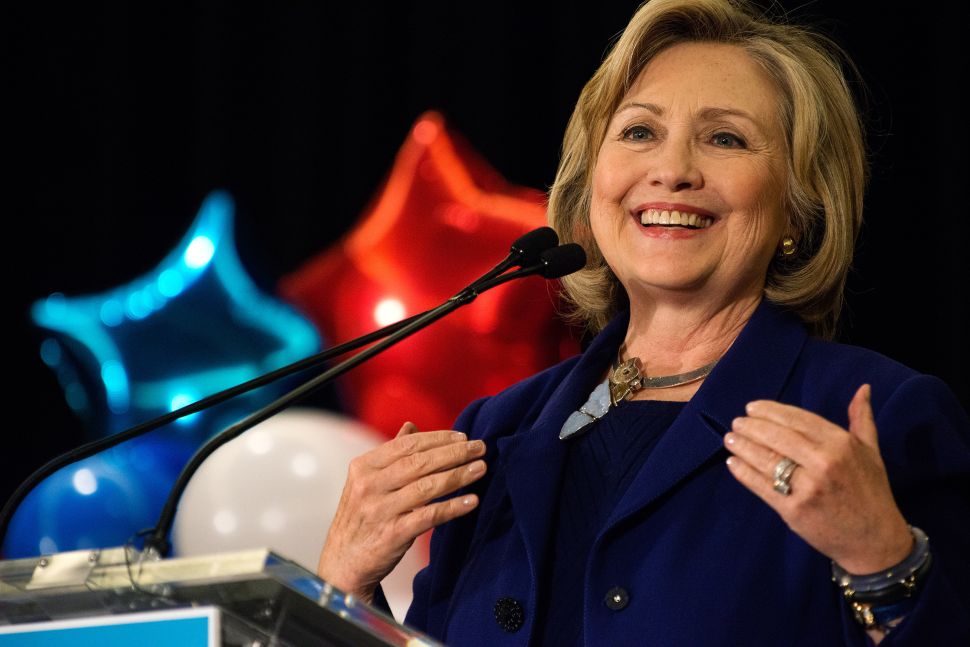