The first Latina to serve as a member of the New Jersey Legislature, Army veteran Cruz-Perez in 1995 filled the vacancy created by Wayne Bryant’s move up to the state senate. She served in the assembly until 2010. Cruz-Perez served on the 2011 redistricting commission and currently directs the Camden County Office of Constituent Services.

She will join state senators M. Teresa Ruiz (D-29) and Nellie Pou (D-35) as one of three Latinas serving in the state senate.

“As someone who’s been in the trenches with her on many key issues over the years, I know how hard Nilsa worked at establishing relationships with Republicans and Democrats alike and from all regions of our state to get things done for the people of South Jersey,” said Congressman Donald W. Norcross (D-1). “Nilsa doesn’t need on-the-job training in Trenton. She will deliver just as she always has. That’s why I enthusiastically endorse her for the State Senate.”

State Senator Fred Madden (D-4) added: “Nilsa understands the struggles of working people because she’s lived it firsthand. As a single mother of three, Nilsa went to college on the GI Bill as a soldier in the U.S. Army. She knows what it’s like to sit at the kitchen table on a Friday night and worry about which bills need to be paid first.  I support Nilsa to fill the vacant Senate seat in New Jersey’s 5th Legislative District because she brings to this job much more than legislative experience but a strong sense of compassion for people and families.”

“Nilsa is like a sister to me,” said Camden City Mayor Dana L. Redd. “As Senator, she will be an outstanding advocate for not only Camden City, but for the entire region. These are exciting times that require someone of Nilsa’s caliber and can-do spirit as urban New Jersey undergoes a major Renaissance. She knows the turf, and more importantly, she knows how to navigate the Statehouse to make things happen.”

“I’m honored to count Nilsa as a close friend and mentor throughout my career in public service,” said Assemblyman Angel Fuentes (D-5). “As someone who knows what its like to be on the receiving end of Nilsa’s aggressive advocacy for people and causes, I can assure you that she will be a Senator who refuses to take no for an answer,” Fuentes added.

“I’ve known Nilsa since my first run for elective office in 1991 and I can still remember her bringing her kids to community meetings and helping countless residents in need right out of her home when she lived in Cramer Hill,” said Senator Jim Beach (D-6). “Nilsa has come a long way since then. She gets that as the rich get richer and the poor get poorer, our middle class is under the squeeze like never before. Ensuring that our state is affordable for families, whether it’s college, vocational school, or the basic necessities in life, will no doubt be a focus of hers,” continued Beach.

On Saturday morning, the Democratic Committee members of the Fifth Legislative District will convene at the Bellmawr Park Fire Hall to fill the Senate vacancy created by the election of Donald Norcross to Congress.

New Jersey’s Fifth Legislative District is comprised of 19 towns in Camden and Gloucester counties. It stretches from Camden City to Mullica Hill. 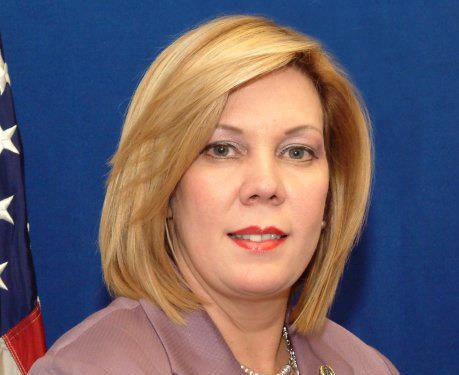