On Friday November 28th, the world got their first look at Star Wars: The Force Awakens. The movie’s first teaser trailer was released online and in select theaters nationwide. I refrained from watching it online, so I could experience it first on the big screen before an 8 p.m. showing of Christopher Nolan’s Interstellar. Seated in one of the smaller auditoriums in Regal’s Union Square theater, the excitement in the air was palpable. There was also a sense of apprehension. We’d been burned by new Star Wars movies before.

But as soon as the teaser opened on (we assume) Tatooine’s desert landscape, the years of cynicism and bitterness melted away. I became a little kid watching the Millennium Falcon battle TIE Fighters, quietly humming along to John Williams’ score with a look of pure joy on my face. I wanted to watch that trailer again and again, I wanted to break out my old action figures, but most of all, I needed that new lightsaber.

However, as we all know too well by now, the internet is never happy. Reactions to the trailer (and especially the new lightsaber) were mixed.

Some absolutely hated it:

You know what would be cooler than a three-pronged lightsaber? Literally anything.

Others thought it was the coolest thing they’d ever seen:

Light Saber Claymore. So THAT'S what was missing from my life.

And many others made fun of the whole debate with photoshops and memes.

Depressingly, a lot of the negative comments about the trailer seemed to be directed toward actor John Boyega, who plays the stormtrooper featured in the first shot of the trailer. For some reason, his presence enraged some people on the internet who apparently thought Lando Calrissian and Mace Windu were the only black men in the entire galaxy. Wade into the cesspit that is the YouTube comments section, and you’ll find a whole lot of ugliness.

“Thank you Disney for ruining and destroying the much loved series star wars, by adding racial politics…,” said one of the nicer comments. Some others tried to justify their (not racist, they swear) reactions with Star Wars lore. Stormtroopers can’t be black because their all clones of Jango Fett.

Ahem. *Puts on nerd glasses held together with masking tape, pushes them firmly up bridge of nose.* No, they are not all clones of Jango Fett. Those are the clone troopers. The Imperial stormtroopers, modeled after the clone troopers, consist mostly of enlisted humans. At the point in time in which these new movies take place, less than one third of stormtroopers are clones. But it’s not like logic and facts matter to people who would take issue with a black stormtrooper.

Encouragingly, the negativity is currently being drowned out on Twitter and even YouTube by people sharing their support of John Boyega. The best and classiest response though, came from the actor himself in a post on Instagram. 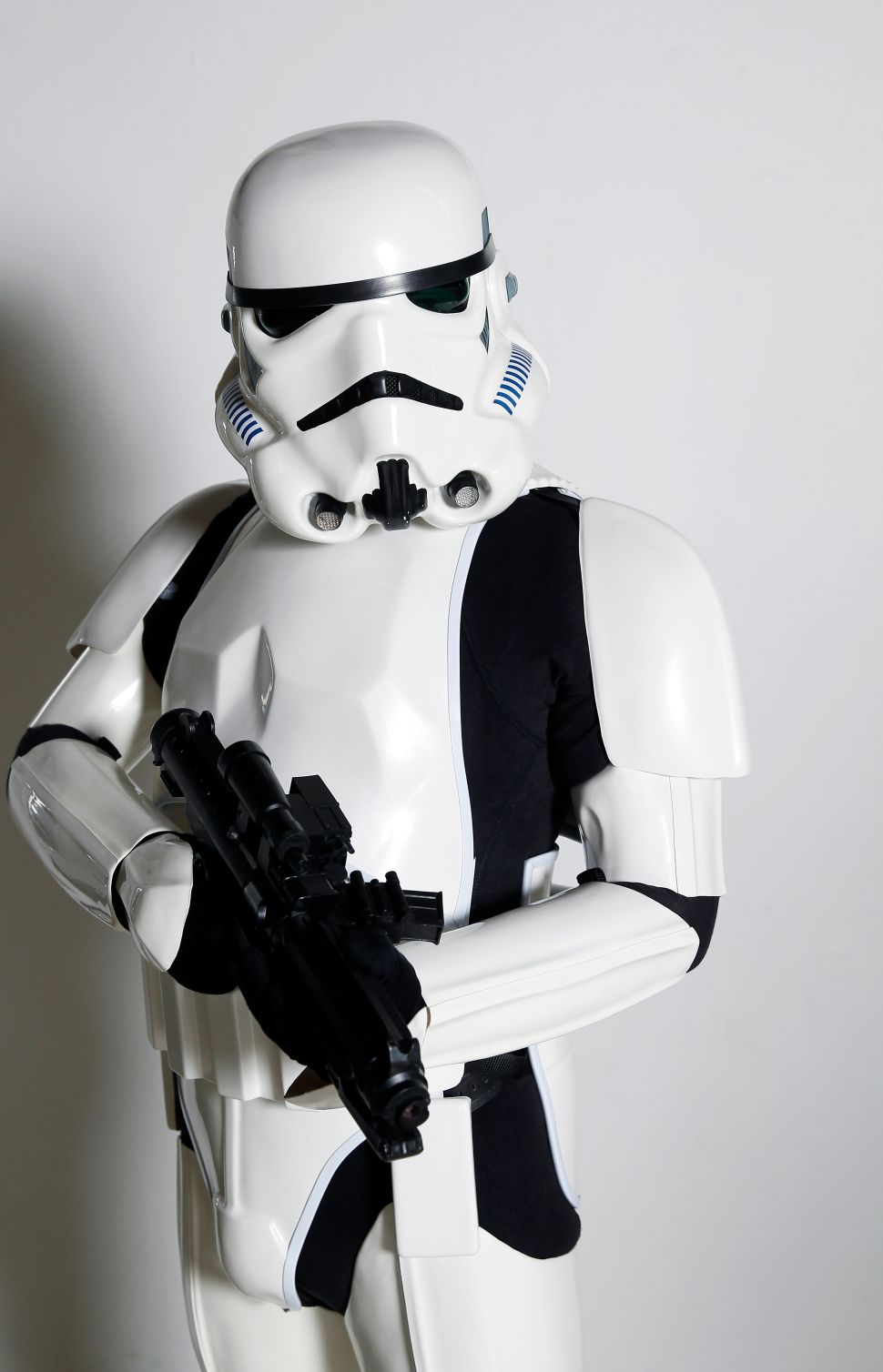