Councilwoman Debi Rose, a Staten Island Democrat, said tonight she was “profoundly disappointed” that a grand jury decided not to bring an indictment against the police officer who placed Eric Garner in the chokehold that many say led to his death.

“Today, we saw hope die and wither on the vine of injustice. We were holding onto hope and once again we found that justice was denied,” Ms. Rose said. “When the decision came down, my reaction was visceral. I was shocked–I was profoundly disappointed.”

Ms. Rose, who represents the North Shore area where Garner died in July, spoke to reporters in a church less than a mile from where Garner faced off against police. Garner was placed in a chokehold, a prohibited maneuver, for allegedly selling loose cigarettes and resisting arrest. Caught on video shouting “I can’t breathe,” Garner died shortly after NYPD Officer Daniel Pantaleo held him down.

This afternoon, Staten Island District Attorney Daniel Donovan, a Republican who is white, announced the grand jury had decided not to indict Mr. Pantaleo. While Mayor Bill de Blasio did not directly criticize the decision, Ms. Rose, Council Speaker Melissa Mark-Viverito and other minority elected officials angrily denounced the outcome, echoing reaction that came after a grand jury decided not to indict a white police officer for shooting a black teenager in Ferguson, Mo.

Like Garner, Ms. Rose is black and black Staten Island residents expressed frustration tonight that no indictment came. Several protesters standing at the location near the Staten Island Ferry where Garner died accused the NYPD and Mr. Donovan of racism. Staten Island’s white elected officials did not blast the grand jury’s decision.

Ms. Rose stopped short of calling either the NYPD or Mr. Donovan racist, but made it clear she was furious. 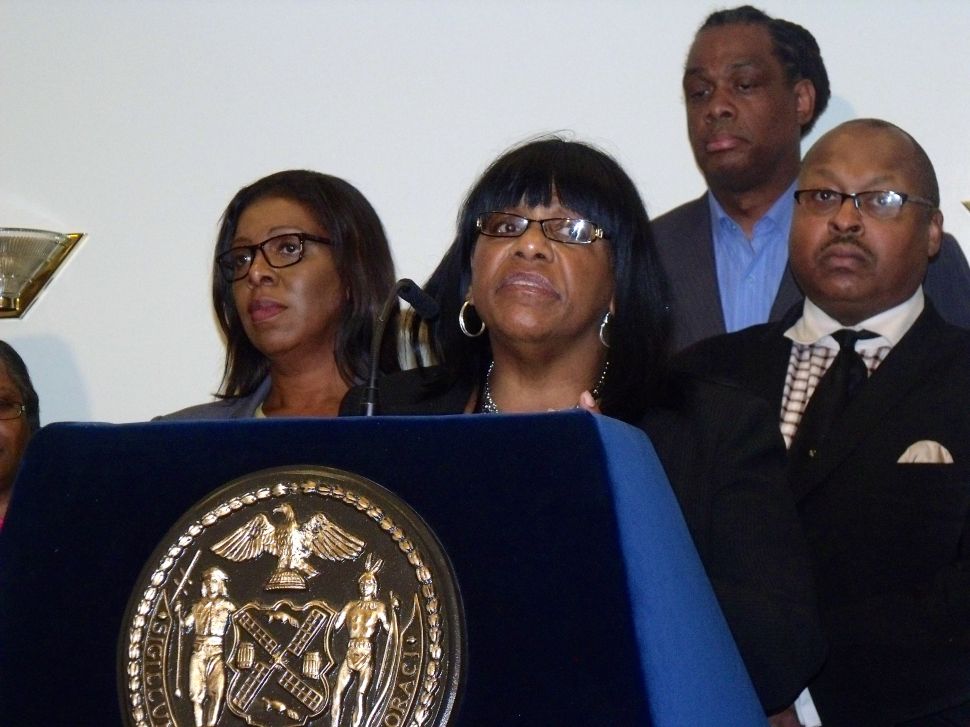