Though many musicians complain how streaming services like Pandora have killed al- bum sales, there’s no shortage of rich recording artists living here. But there are five superstars who stand out from the rest. Our short list of top-earning musicians is a blend of country crossover, classic rockers and music’s wealthiest power couple. All together, the fab five made an estimated $135 million in 2013 from touring, recorded music sales, publishing royalties, digital music and video, as tabulated by Billboard.

How much does the Pennsylvania-born Ms. Swift love New York? A whole lot, telling by her new song “Welcome to New York,” which, not counting the title, mentions the city 30 times, nearly once for every million she made last year from music. And what’s not to love about New York when you are 24, rich and turn every heartbreak with into gold? Aside from record sales, that gold includes scads of endorsements. A deal to rep Diet Coke followed a lucrative contract with Cover Girl, as well as work for Sony. She even launched a line of fashion dolls. Watch out Barbie.

John Francis Bongiovi, Jr., 52, may have had a few spats last year, tossing long-time bandmate Richie Sambora out of the band they formed in 1983 in New Jersey and publicly spanking Justin Bieber for turning up late to concerts. But when it came to making money, Jon Bon Jovi isn’t just livin’ on a prayer. Despite his many successes, the Prince of Jersey doesn’t always get his way. Bon Jovi was once again snubbed by the Rock and Roll Hall of Fame.

Turns out getting old isn’t exactly a drag—especially when you’re a member of The Rolling Stones. The (mostly) septuagenarian rockers continue to rake in cash, charging the most per ticket ($287.89) of Pollstar’s top 40 touring bands of 2013. Their latest, the “On Fire” Tour, continues into next year with stops in Japan, China, Portugal, Norway and Switzerland. With that kind of schedule, it’s no surprise why Keith Richards earlier this year plunked down $10.5 million for a four- bedroom, four-bath penthouse retreat at One Fifth Avenue.

How many car commercials contain an image portraying the ultrasound of one of the world’s most recognizable recording artists while in the womb? No less than a total package of the magnitude of Beyoncé could result in a campaign like the one for Toyota. The widely covered (and fact-challenged) ad tells the life-story of the 33-year-old singer starting from the very beginning. (We are spared conception.) Then there’s her tempestuous marriage to Jay Z (see below) making the billion-dollar power couple ceaselessly fascinating. With her unique blend of talent, beauty, and savvy, it’s no wonder that Beyoncé is the world’s 10th richest recording artist, according to Wealth-X, pulling in $440 million. And the way things are going this year, even if the rumors of a split from Jay Z come true, there’s no reason to think she won’t be on both lists next year too.

Looking back, it seems like Shawn Corey Carter’s 2009 hit “Run This Town” had a shortsighted title. The rapper/producer/entrepreneur/ branding wizard is a global phenomenon.The money flows in from companies (Bing, Reebok, Budweiser, Hewlett-Packard, etc.) wanting his imprimatur, according to TheRichest.com. And his latest venture, repping athletes through his Roc Nation Sports firm, is also creating waves, and a pretty healthy cash flow. It makes getting an elevator beat-down from his enraged sister-in-law all that more bearable. 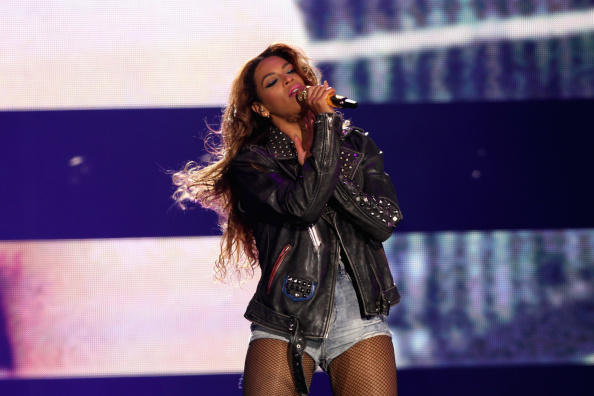