Neals previously served in the administration of former Newark Mayor and current United States Senator Cory Booker.  In 2006, then Mayor Booker appointed Neals as Newark’s Chief Municipal Judge, a position he held until 2008, when he transitioned to Corporation Counsel.

He finished his tenure in Newark as the City’s Business Administrator.

Prior to his employment in the City of Newark, Mr. Neals was a partner as the law firm of Chasan, Leyner and Lamparello.  Among the clients he represented were the Counties of Bergen, Hudson and Passaic.

“Julien Neals brings a wealth of experience and legal knowledge to the County Counsel’s Office.  His colleagues speak highly of his professionalism in and out of courtroom and he is widely respected for the job he did as Corporation Counsel in Newark,” said County Executive Elect Tedesco.  “Julien and I have spoken at length about proactive initiatives we can take to reduce legal fees and lawsuits that have previously plagued the county.  Already, I can see that Bergen County will be well served with him as our County Counsel.”

Julien Neals is a graduate of Emory School of Law and Morehouse College.  He previously served as a member New Jersey Bar Association’s Ethics Committee and is an expert in employment and labor law.  His past legal experience includes workplace sexual harassment training and civil rights litigation. Upon his appointment, Neals will become the second African American to hold the position County Counsel in the county’s history. 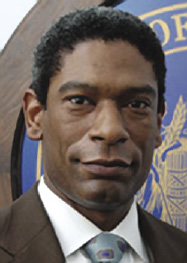