Parents, brands, corporations, talking heads—anyone who wants to seem cool turns to teens to figure out how they can seem young and relevant. People are going to cringe-worthy lengths to blend in with the hip crowd and pouring over teens and their social media usage to predict the future of the Internet.

But danah boyd (yes, in lowercase letters), the Master of Teens and author of It’s Complicated, a book on teens and social media usage, says that putting all of the attention on teens to guess at the future of social media is misguided. Ms. boyd, who’s working on a new project that ties her research on teens to some good ol’ Big Data, told Forbes that the CEOs and corporations behind the actual social media channels should be the real subjects of scrutiny.

“Right now, it’s not teenagers who are taking social media anywhere,” Ms. boyd said, “it’s corporations who are looking for viable business models in an era where advertising can’t sustain a plethora of different sites and services as their popularity shifts.”

By Ms. boyd’s account, teens are more on-the-run than running the show—she compares teenagers to political dissidents, who need to constantly be on the lookout for surveillance from parents and teachers.

In It’s Complicated the dozens of kids she interviews are simply looking for a place to talk to their friends without being spied on, obsessively tweaking their privacy settings along the way.

Betabeat has heard from #teen sources, for example, who say that one reason for Instagram’s popularity and continued growth is that the Instagram logo looks like a camera app to prying eyes who don’t know any better.

“They’ve had to get creative to achieve privacy which is why it’s always inspiring to watch them, even as adults keep saying that kids don’t care about privacy,” Ms. boyd told Forbes. “The difficulty is that youth don’t have a lot of agency to push companies or government agencies to transform their practices.”

Instead of obsessing over teens, then, it might be more valuable to put pressure and attention on the people who are really in charge—the small cadre of pharaoh-rich white men who own and run these platforms. In 2015, let’s hope stories like Facebook’s mood manipulation experiment are more important and newsworthy than Alex from Target. 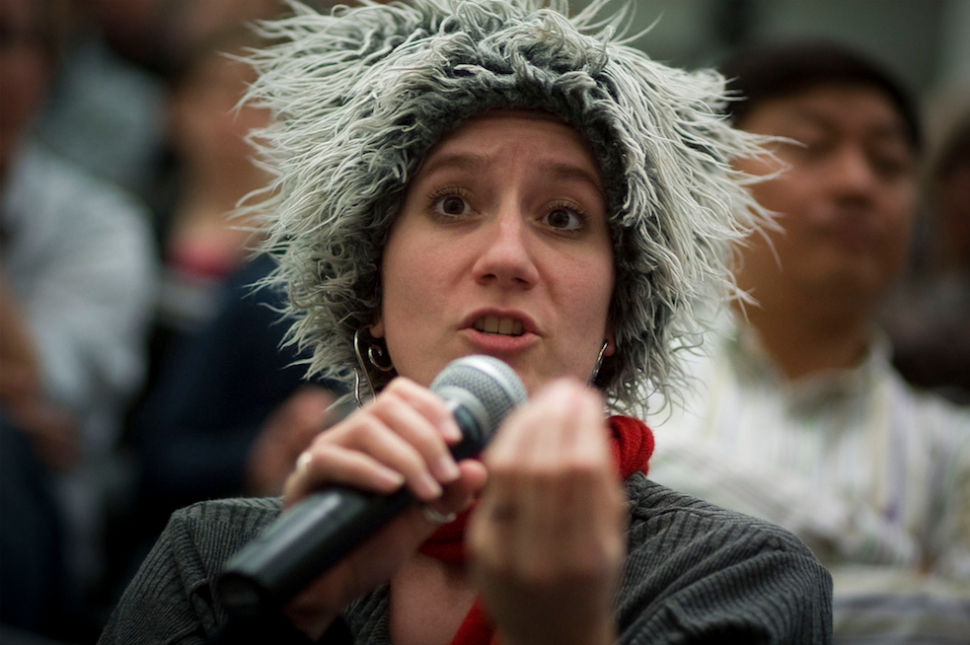