Last week, I floated the idea out there that a lot of the point of view portions of the show were actually just plot points from Noah’s second book The Descent, and Detective Vague Questions is a bettter detective than I’ve given him credit for, because he’s using The Descent as a thinly veiled guide into what happened with his case. This week, DVG showed up in the present day at Noah’s book reading of his super-hit-about-to-be-a-movie book, and Noah reads this passage: They were driving fast. Out of the corner of his eye he saw an old boat, painted blue, resting on the side of the road, dilapidated, rotting as if the air itself was corrosive.

Now we can argue all we want about the effectiveness of this as a novel’s opening sentence, but what can’t be argued is that while this is happening, DVG is flipping through some photos he took out on Montauk of a very familiar blue boat, which just so happens to be rotting and dilapidated as well. As if, like, the air itself was corrosive.

So, yeah, not exactly proof, but we’re on our way huh?

What else, what else? Oh, so Whitney’s totally pregnant isn’t she? With Scotty’s baby? I’d even write Random, Outlandish The Affair Theory of The Week but this is the first time The Affair has just laid something out there so obviously I don’t really feel all that outlandish right now. In Noah’s memory we have Whitney back home in Brooklyn four months after the whole Montauk deal, and she’s throwing up in the bathroom. Helen seems to think she’s bulimic. But over in Alison’s memory, there’s a throw away comment about Scotty spending a lot of time in New York (allegedly because he’s thinking of “going in on a club in the city.” So I guess that’s what we’re calling it these days.) Pair this up with that previous comment about the “little brunette” Scotty has been hanging out with, and add in that one time Scotty tried to straight up go to Whitney’s room in Bruce Butler’s house. So Scotty’s not the Lockhart looking to have a baby, but he’s the one that’s about to have a baby.

And man if some former drug-runner knocked up my sixteen year old daughter, I’d be mad enough to say, murder them. Perhaps with a car, on a lonely road out to to a tourist nightclub. Maybe a nightclub called The End. I don’t know, I don’t want to be too specific oh hey look Scotty is definitely dead. We knew this, but the detective shows up at the end of the episode at this memorial service, which has been delayed for some reason, possibly the police investigation. Note: there was a definite lack of Cole at the memorial service. At the very least he’s not sitting with the newly hair-styled Alison.

So, based on the idea that Alison’s present-day timeline is still before Noah’s present-day timeline, we can sorta-kinda conclude that Noah killed Scotty, wrote a “fiction” book about the whole thing — affair included — the Detective figured this whole thing out using Noah’s book, and now he’s at Noah’s book signing to dispense justice. Phew. Detective work is hard. Good on you, Vague Questions.

(For what it’s worth, I met Detective Vague questions AKA Victor Williams at a Showtime event this past weekend, and he was the coolest guy. Also, he told a large crowd during a Q&A we might not be able to trust the detective. You’re killing me here.)

I think this whole idea I have above is helped along by this episode’s general theme that Alison was Noah’s muse, and he basically lost his writing mojo once he went back to New York. I actually loved the whole little thing with Bruce Butler telling Noah about his long-ago “Alison,” and how he couldn’t go through with it. But then Bruce, looking old weak and horribly frail, tells Noah he thinks about that girl every day of his life. This puts Noah into full on hero mode, and in one of the most ridiculously obvious examples of self-aggrandizing recollection this show has ever done, Noah arrives at the hospital just in time to wake up Alison as her grandmother dies, and coaches her through the experience. Oh shutup Noah that didn’t happen.

Oh, yeah, also, Alison’s grandmother is in the hospital. It’s all very sad. But in Alison’s memory, she tells Cole all about it (Noah remembers her keeping it a secret) and most definitely does not invite Noah into the hospital with her. He shows up anyway though, because Noah is gonna’ Noah. That I believe. 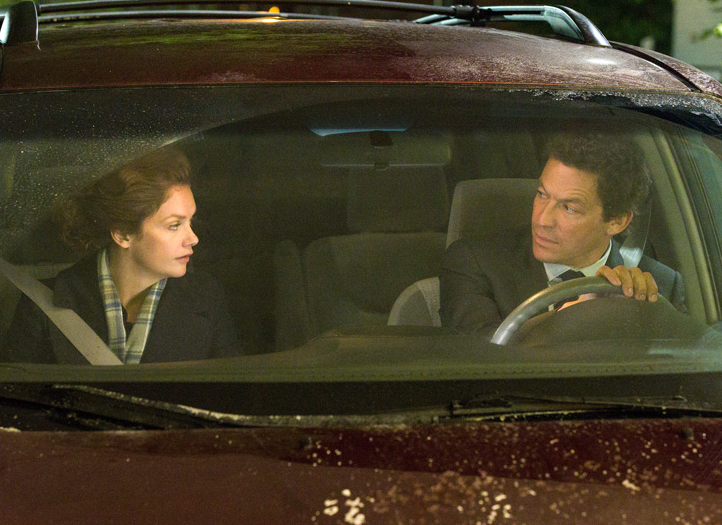