My love and I, we work well together

—Prefab Sprout, “When Love Breaks Down”

Fuck you, The Comeback. You give Valerie Cherish everything she’s ever wanted—legit fame, great reviews, an Emmy nomination. You throw in some stuff she may not have known she wanted but desperately needed—a role she made into something better than it was on paper by playing it, an ability to put her team-player/people-pleaser compulsions aside long enough to demand the respect she deserves as a professional and a person. Then you take away the audience of one for whom all her performances have mattered the most? Cry it to the heavens: I don’t need to see that!

Yet here I am, of course, still watching, still loving the show. After all, “Valerie Faces the Critics” didn’t do anything that wasn’t implicitly part of the bargain The Comeback makes with its audience every week: It shows us someone paying a cost for fame that they truly don’t deserve to pay. But by sporting a mic during her big reconciliation dinner with her now estranged husband Mark—who refers to it, with hilarious gravitas, as “a wire”—Val came the closest she’s ever come to being the monster Seeing Red made her out to be. Maybe, even if only slightly, she does deserve it after all.

At the very least, Mark doesn’t deserve what he’s been subjected to. Marky Mark was always the Goldilocks of Valerie’s support system: he didn’t neglect or condescend to her career and the needs that drive it, nor was he an obsequious starfucker about it. He liked Val, he liked the sitcoms she made, he liked the life they had, and above all he liked seeing her happy. Shit, if Mark tearing up when Val killed on Leno in the Season One finale didn’t make you tear up yourself, you should be on an FBI watchlist. We viewers know it’s pretty much a coincidence that Valerie’s return to reality TV, her willingness to work with Pauly G. and Jane despite their previous tag-team humiliation of her, her zeal to sacrifice their marital home for the job, and her 24/7 work hours coincide with the greatest success of her career, but it’s not hard to see how Mark would tie it all together and conclude that his support is unnecessary and his own needs unimportant. I mean, secretly recording him when he says things like “This is totally different from my affair, or the abortion,” believing this to be a confidential conversation between life partners at a crossroads? “I realize now that that was a mistake,” Valerie says. You don’t fucking say.

But as funny as that particular bombshell drop was to watch, it’d be a mistake to view it as simply a laugh line. The embarrassment of airing laundry that dirty is the stuff cringe comedy is made of, but this is very different than, say, catching a glimpse of Mickey’s bare ass. Mark’s not just revealing “scandals,” he’s also demonstrating that this is a relationship that can work through them—or could, until recently. A marriage that can weather infidelity and remain supportive and uplifting through what was apparently a difficult decision to terminate a pregnancy is a robust institution, a thing worth sacrificing for. By the time the two of them reach the curb outside, with Valerie yelling about how she helped Mark’s daughter through an eating disorder and Mark barking, with a self-centeredness that still somehow manages to be heartbreaking, that he believed in her when no one else did, the slow-motion destruction of this precious thing is squirmingly awful to watch.

Because that’s the thing about Valerie that separates her from the Larry Davids and David Brents of the world: People care about her, and she cares about them in return. Think back to how much the cast of Room and Bored, especially Juna, liked her back in Season One, and how she went to bat for them too. Look at Mickey or Esperanza, employees whose affection for Valerie is totally genuine. Even her nemeses respect her on some level: Jane’s dead-eyed “anything for the story” careerism often dissolves when confronted with some display of confidence or vulnerability on Valerie’s part. And the elevator scene at the end of the episode is the strongest evidence yet that Paulie G. recognizes how lucky he is to have landed Valerie for a project that otherwise would have floundered, and how easy she can be to talk to if he just lets it happen.

Valerie Cherish is much more than just the sitcom-structure equivalent of a Christmas tree, on which you can hang funny scenes like ornaments. (Though there were plenty of those this week: Mickey’s all-nude revue, the dead-on parade of new-media stereotypes at Val’s junket, Val having enough chutzpah to work the audience on The Talk and bust Jane’s chops with off-color jokes back home.) She’s as close as this kind of comedy has ever gotten to a real character, existing not just as a joke-delivery mechanism but as a person whose behavior has lasting moral and emotional consequences on herself and the people she loves. It hurts when love breaks down. 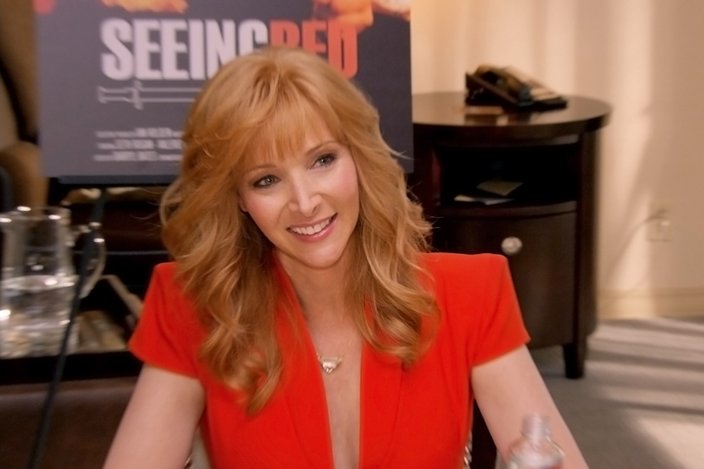