Over the holidays, a cousin of mine got a Littlebits kit for Christmas. If you haven’t heard of Littlebits, they’re like legos for the Internet of Things. You snap them together, and use a combination of motors and sensors to make smart devices. Littlebits was the dark horse contender for every year-end Top 10 list for tech toys, and went on to be one of the hottest gifts for parents who wish their kids would take advantage of a few extra brain cells.

It’s a beautiful pitch: with Littlebits, kids can build the connected networks of their dreams—an erector set for the digital native. But when we went to find more about Littlebits on the website, the ads and the official YouTube channel, this one thing kept popping up: the idea that Littlebits would help you build the “next billion dollar idea”:

This concept of imparting on kids the “billion dollar idea” is in their ads, their announcements, their media coverage and even their mission statement. It’s a glittering lure for parents still stuck on the doctor/lawyer dichotomy of lucrative careers to push your kid into—anyone who keeps up with their high-school friends on Facebook has seen enough “I hate my life/job/education as a med student” posts to know how that one pans out. But for anyone with their head down in the murky waters of startup culture in the past five years, drowning in pitch decks and exit strategies, the message that kids should get into computer engineering for financial reasons is revolting.

Littlebits is obviously not alone in this push. President Obama, in his occasional drive to push kids into STEM careers, often falls back on the argument that coders are highly compensated. In a post for Medium.com that was almost certainly not written by the president himself, Mr. Obama talked about a “new American economy” full of “high-wage workers”:

In this new economy, an entrepreneur can start a new business and succeed, an older worker who sees opportunity in a new field has resources available to retool for that new job, and a student can graduate from college with the chance to advance through a vibrant job market.

The messaging isn’t exactly wrong. There’s a slew of new tech schools that’ll turn you into a coder in a matter of months, ready for a lucrative job market. Starting salaries for coders can be upward of $85,000, to say nothing of how interns are paid in tech these days.

But treating our technology sector like a gold rush has often made the American tech community a miserable pile of startup clones, copy-pasted ideas and companies built for the sake of being bought. The tired trope of the “brogrammer” is borne out of the Ivy League business school graduates who, instead of transitionally naturally into finance as they are historically wont to do, contrive an “Airbnb of This” or an “Uber for That.”

And the story doesn’t need the involvement of the invisible hand of the market, either. Littlebits competitors like SAM and feminist darling Goldieblox—which promises to “develop early interest in engineering and confidence in problem-solving”—both have buzzy, inspirational messages without coaxing kids with the promise of money.

In one of those cheesy videos where a vision of futurism is set to stock footage and a Clint Mansel soundtrack, Neil deGrasse Tyson reminds us that the reason we made ungodly advances in science during the Cold War wasn’t because we wanted to grow our economy. It was the launch of Sputnik. It was a hunger for the future and fear of our enemy.

Maybe the fact that North Korean hackers can, according to state defectors, hack our networks with extreme ease will be our new Sputnik moment. Maybe that moment will be the first “cyber murder” caused by a connected device, which European police think is coming in the next year.

Whatever it is, our message to kids—if we want to make a brave new world where our vision of connected devices is more imaginative than lightbulbs we can turn on with our phones—can’t simply be, “Become an engineer to make stacks of cash.” 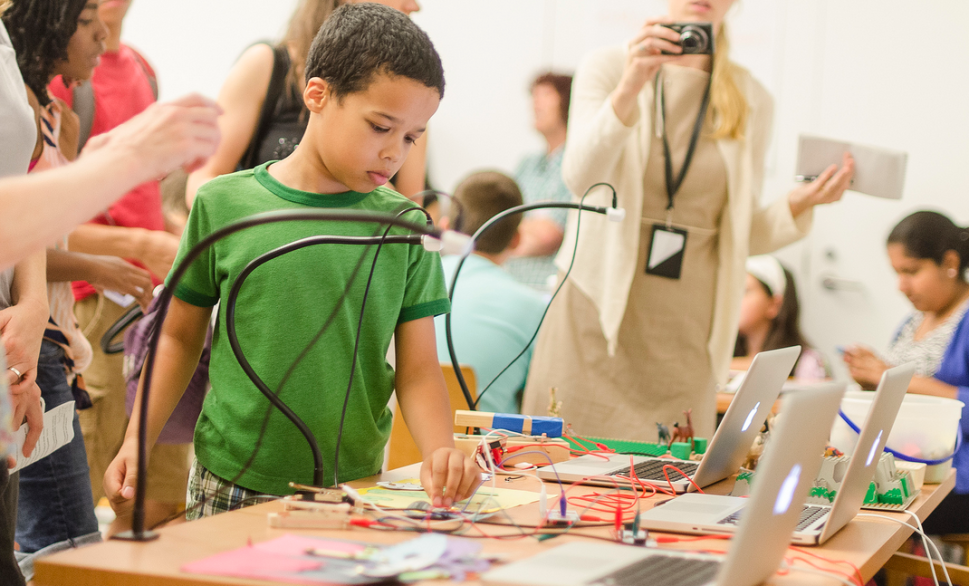