If there is one thing that The Daily News stands for, it’s New York City’s horse carriage drivers. Ever since Bill de Blasio was elected mayor and vowed to do away with carriage horses, New York’s hometown newspaper has taken a not-so-borderline obsessive interest in saving the industry, even going as far as making it into an active campaign.

The news that Mr. de Blasio was going ahead with a bill to ban horse carriages broke Sunday night, which meant it was too late for The Daily News to cover it in the way we’ve come to expect. So we were very excited for Tuesday’s paper. And unlike most things in life, we were not disappointed.

The cover featured a pull quote from the paper’s strongly-worded editorial:

“The News Says ‘Mayors are supposed to drive public menaces like heroin dealers and slumlords out of work, not men and women in lawful occupations that make them among the most appealing faces of the city’s $39 billion tourism industry,'” screamed the front page. Inside, the tabloid devoted five pages to its pet cause, including a two-page spread with a list of all 51 city council members, their position on the horse-carriage ban and their phone numbers. “News urges readers to take a stand,” a subhead noted, in case it was too subtle.

As we look forward to more coverage in the coming days, we really hope that Roger the horse writes another open letter to the mayor about his plight. Because that was amazing. 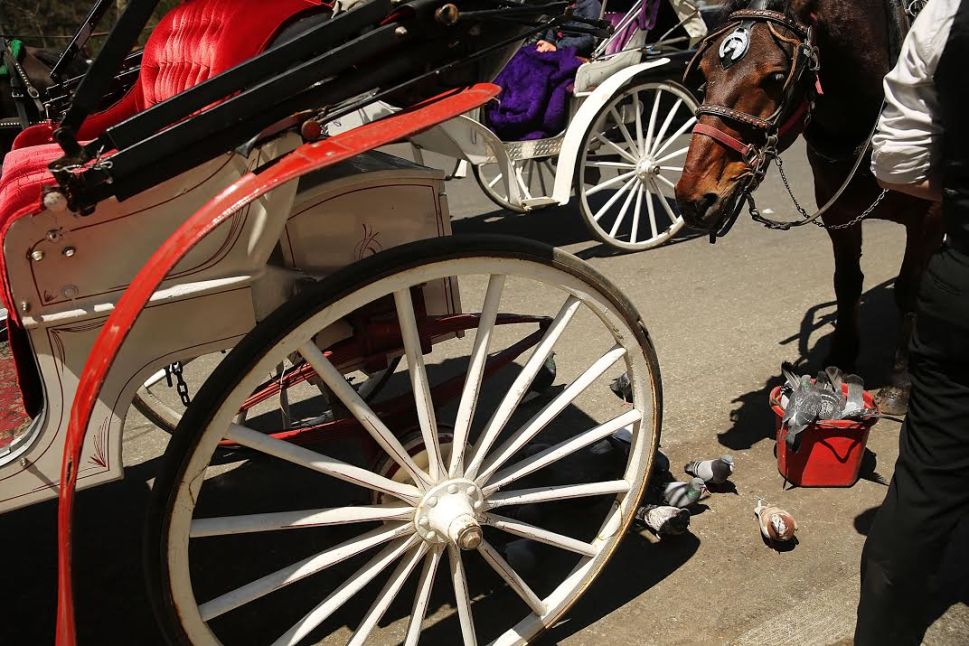