When the Observer first logged on, it looked like a standard online dating site: Women’s profiles, each with a non-identifying username, lined the page; we could filter prospects by age, location, appearance and interests.

But this wasn’t OkCupid, Match.com, or even adultery marketplace Ashley Madison. This was SecondWife.com, a matchmaking site that enables Muslim men to search for second, third, or fourth wives (the Islamic limit). On the flip side, women can search SecondWife.com profiles if they hope to become an extra wife.

Yusuf Khan, a web developer and entrepreneur, launched the UK-based polygamy site three months ago. The site already has over 3,000 users, he said.

“SecondWife.com wasn’t planned,” Mr. Khan said by email. Originally, he had hoped to create a more traditional matchmaking site, but found that the market was already saturated. “There [were] plenty of fish (excuse the pun) to compete with,” he said.

“The key to online success in 2014 is finding a niche,” Mr. Khan continued. “Being aware of Islam and Polygamy I saw an opportunity so decided to go with it. After doing research I discovered that we have little to [no] competition.”

The Koran permits men to marry up to four wives, as long as they can support them financially and treat them all equally. According to The Men with Many Wives director Masood Khan, as reported recently in the Telegraph, less than 5 percent of Muslims practice polygamy.

Opinions about polygamy vary wildly in the Muslim world, a 2013 Pew Research study found, with Muslims in Sub-Saharan Africa being the most widely accepting. Outside of sub-Saharan Africa, however, attitudes are different. Only 4 percent of Bosnian Muslims favor polygamy.

“[Polygamy] is not that common in the Muslim world,” Jenny B. White, a Boston University Anthropology professor who specializes in Islam, told the Observer. “Nevertheless, since it is permitted, men have taken advantage of this—particularly if they are wealthy.”

Mr. Khan hopes his clients think long and hard about whether they follow Koranic law, though his site has no way of verifying that new sign-ups are, in fact, Muslim.

But be warned: there is a system in place to prevent misusers. The site will remove any profiles that contain “abusive or disruptive messages,” and also encourages users to report suspicious behavior.

“We also charge a high premium for our service as a deterrent for misuse,” he continued, arguing that the $15 to $30 fee (for men only; every day is ladies’ night at SecondWife.com) dissuades riff raff: “If you cannot afford a subscription,” he explained, “then surely you cannot afford a second wife!”

So what happens, the Observer wondered, when a SecondWife user finds a potential match or two?

Members can chat for as long as they want over the site’s private messaging system, as long as the conversations “don’t take an Islamically inappropriate direction,” Mr. Khan said.

If a pair decides they’re compatible, they can grant each other access to their photos, which are otherwise kept private.

“Female members have the option to invite a guardian into their conversations who she trusts to oversee the interaction,” Mr. Khan added.

Eventually, Mr. Khan said, couples can choose to meet in “an appropriate setting [that] is in accordance to Islamic guidelines.”

Perhaps it was the unusual blending of a religious custom with modern-day technology, but we found it hard to imagine hordes of religious Muslim men enlisting the Internet to help them find second wives. That is, until we emailed with a real-life SecondWife user—a Qatari man who asked to remain anonymous.

“I have registered in this SecondWife website a while ago out of curiosity,” the man, who was introduced to us by Mr. Khan, told the Observer. With three wives already, he hasn’t started actively using the site, but said he “may look for the fourth” at some point in the future.

Given his history finding wives, the man said he wishes SecondWife had been around earlier.

“I spent a lot of my money just looking for a second wife. I had to travel a lot,” he said. “This is a very expensive process. Here where I live people don’t accept this concept a lot. So I had [to] look outside the country.”

Though he hasn’t used his account to start courting wife number four, “I have a strong feeling that [the site] is good,” the man said. “Actually if I [had known] about it, [it] would have certainly saved [me] a good amount of money.”

The anonymous SecondWife user explained his rationale for having multiple wives.

“Women were created in their nature to fight for man, to fight to win him,” he said. “This is when her best comes out. But when there is no one to fight with, then she gets lazy with you.”

He insists, however, that “[polygamy] is more in the favor of the women than the men.”

“Most of the men deceive their wives,” he said. “I bet that a man can be nicer to his wife when he has a girlfriend/wife than when he hasn’t. Because they feel guilty. Thus they became nicer to their wives.”

Most Westerners may find it difficult to fathom why any woman would volunteer herself to become a man’s second, third or fourth wife. And yet, as we perused SecondWife.com, there was no denying that plenty of women in countries around the world—including the U.S.—had set up accounts.

One woman, 26-year-old “Tania88” from the U.K., said she wanted to become a second wife because she was independent. Another 30-year-old Brit said she was interested in becoming friends with her co-wife, and in having their kids play together.

We asked Ms. White of Boston University why a woman might be interested in marrying a man who already had a wife—or a few. She suggested several possible reasons.

In rural settings, Ms. White said, a tribal sheikh might take multiple wives to handle his responsibilities as a host to hundreds of kinsmen and visitors.

“The more family members you have to pitch in and help, the better,” she said. “In situations like that, women might welcome the additional assistance.”

She said that in urban settings, “in some cases one wife takes care of the household and children, leaving another free to get an education or work as a professional.”

Sometimes poor women elect to become a second or third wife because they’d never afford the dowry to become wife number one.

“The idea is that women and the children from these unions are all protected, well taken care of and in the legitimate line of descent and inheritance,” Ms. White said.

Though that’s the ideal, things sometimes turn out differently. Some men take younger women as second wives and end up neglecting or divorcing their older wives, “leaving them and their children destitute,” Ms. White explained.

There are also scary cases in lawless, war-torn regions, where girls might be captured or sold by their own parents as second or third wives. In those cases, Ms. White said, “the word ‘wife’ hides a more sordid reality of buying and selling women and girls for sex, rather than the original intent of Islamic law permitting polygyny.”

She also warned that in countries where polygamy is illegal—like Turkey, her area of expertise—”men who ‘marry’ second wives by Islamic rites are actually not legally married, so the women and their children have no legal rights.”

But Mr. Khan, SecondWife’s creator, maintains that his website is, in fact, good for women.

“The women who are on SecondWife.com are there because they have chosen to be,” he said.

Mr. Khan even said he would “proudly” call himself a feminist: “There is a misconception that women in Islam are oppressed [when] in fact,” he said, “they are protected.” 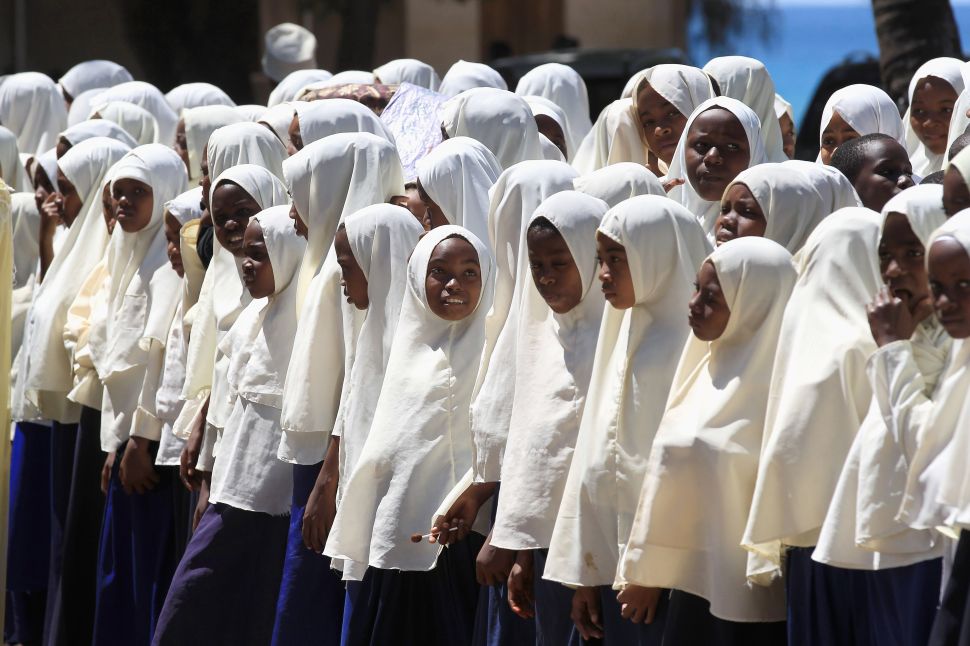