On December 4, in his speech to the Russian Federal Assembly, President Vladimir Putin called on the Russian Central Bank to deal with the currency speculators: “I ask the Central Bank and the Government to conduct tough coordinated measures to discourage the desire of so-called speculators to play on the fluctuation of the Russian currency. The authorities know who these speculators are and have the tools to influence them; the time has come to use these tools.”

This Tuesday, December, 16, just twelve days later, at 9 pm in his room at the posh National hotel across the Kremlin, 68-year-old businessman Ivan Shervashidze shot himself in the head, leaving behind a note asking that his ashes be spread over the Black Sea. “We do not exclude that the reason for suicide was the excessive psychological pressure of the current day,” Interfax agency reports the statement of a police investigator.

As a result of the ruble’s devaluation, the combined wealth of the 20 Russia’s richest men shrunk by $10 billion in just the last 2 days, reports Bloomberg.

Ordinary Russians couldn’t care less for the wealth losses of their fellow-billionaires. To protect their savings, many of them rushed to stores while there was still time to get rid of the rubles were burning holes in their pockets. The primary targets were electronics and furniture. This unexpected excitement coincided with pre-Christmas shopping. The most desired goods have been expensive household appliances like TV-sets and refrigerators. “In that category we have sold by many times more [this time] than at the same period last year,” Irina Tseplinskaya, representative for customer service of the Eldorado store chain, told the Delfi news agency.

Some electronic stores chose to close their doors in an attempt to weather the situation – putting signs on their doors such as “Gone to deliver more from storage”, “Break until 20:00,” “Break for goods accounting”.

The sellers explain the huge demand for TV sets and refrigerators by the fact that many people have their dachas —summer houses—where they could find use for these items, rushing to buy them while the prices are still acceptable. They say that the excitement to buy is so strong that the customers sometimes fight over the TV sets, and do not even care if what they buy is a new model or old.

“It looks like it will never end, – one of the sellers said to the correspondent from Moskovsky Komsomolets. “It has been the third day in a row that we have had a never-ending line of customers. We don’t have enough time to deliver the items from storage—everything sells with unbelievable speed. It looks like people pay no attention that the prices have been raised. They buy everything as if they were blind. Wednesday we had to close at 12 pm because we were out of items. Tomorrow we are going to lick the storage dry. People are buying the smaller items, too. This is called the panic. When we found ourselves out of the TV sets, we saw this scene – the customers starting to jump on kettles, irons, hairdryers. They were raking out everything no matter if they needed it or not”.

Customers stood in long lines, waiting five to six hours for furniture—and the lucky ones got the desired Ikea stuff. In Moscow and St. Petersburg the furniture stores are empty; everything that had sat unsold for three years suddenly disappeared in three days. Sellers predict that in January their furniture stores will be in a “hole”—nobody will be buying at the new prices. “Our prognosis is that we will start rising from our knees only by the summer,” one of them told the MK newspaper.

A lot of retailers quickly realized the danger posed by the falling ruble. Apple, for example, has stopped its online sales in Russia despite the fact that it already raised ruble prices for its iPhone by 25% in November. Russian Apple retailers also stopped selling the items, waiting for the new price, although there are plenty of products in their stores.

As a result of this ruble devaluation, Russian dealers also stopped selling foreign automobiles. Carmakers like BMW have demanded from their dealers to pay for their products immediately. “I have been dreaming about buying a car,” Elena, potential customer, said to the MK reporter. “I wanted to buy a modest Nissan Almera. On Monday I came to the auto salon. The car’s price was 520,000 rubles. I asked them for a day to think about it. On Tuesday the price had risen to 620,000. And while I was talking to a seller, it had been raised by 100,000 more. I quickly decided to get credit from the bank, but the representatives of the auto salon warned me that on Wednesday the price might rise to 800,000. But 8 days ago the car’s price was 480,000. By the end of the day, I lost my wheels. And the bank told me that they did not want to give me the credit for now.”

Prices for imported alcohol are now 15%-20% higher than two days ago, prices for coffee and tea, up 25%-30%. The scariest perspective is a looming threat for the rise of food prices. Russia imports a lot of food, for which she pays hard currency. There is no panic yet, but people expect to pay more for consumables after January.

But the hardest hit by the fall of ruble are the millions of migrant workers from countries like Moldova and Ukraine. Just a week ago, a foreign worker in Moscow made $600-$800 a month and sent half of his money home. The migrant workers are starting to think about returning to their home countries because there is no more extra money to be made in Russia. This, along with the disruption of the money transfers, will damage the economies a thousand miles away from Russia.

Elvira Nabiullina, head of the Russian Central Bank has advised the Russians “to get used to the new normal” – meaning higher dollar-to-ruble exchange rate and inflation – and in fact people all but stopped buying jewelry, luxuries or brand clothes anymore. The tourist industry has completely stopped its operations because of the lack of demand.

To people in Russia, the “new normal” will mean watching far-away beaches not from their hotel windows but at their dachas, on the screens of recently bought TVs, and to toast their friends on New Year’s Eve with Russian-made vodka – chilled in their recently bought refrigerators. 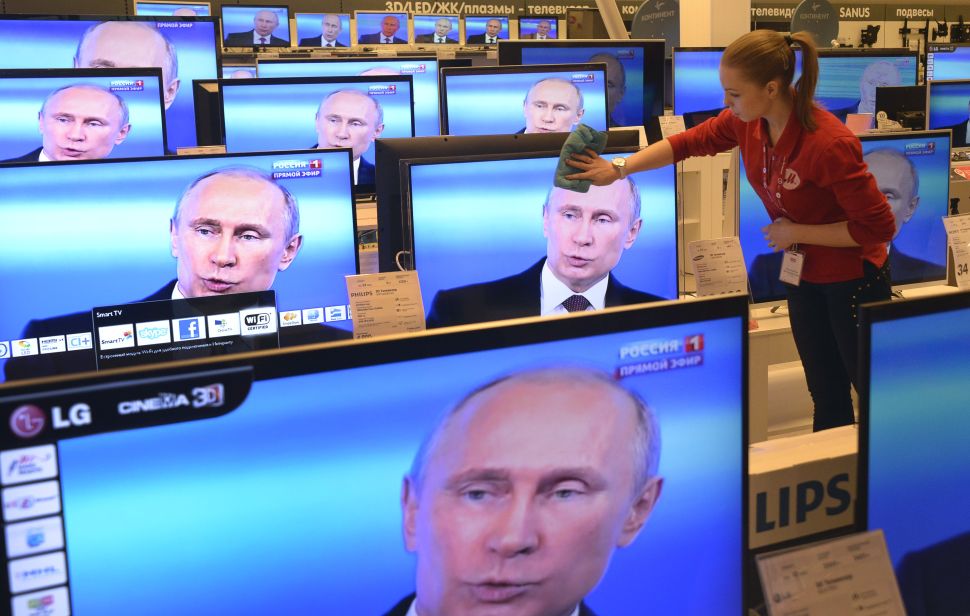