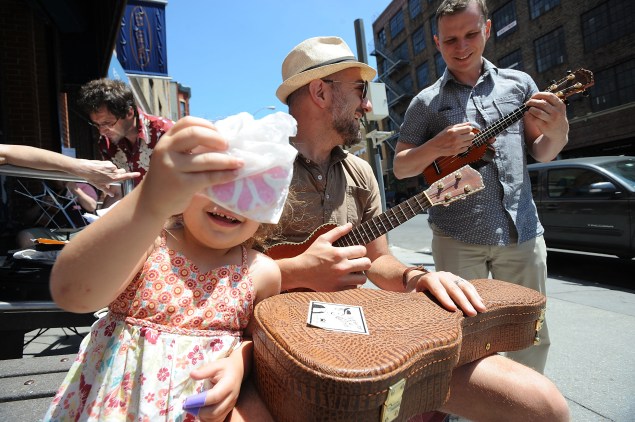 It’s a death. The Tea Lounge, one of Park Slope Brooklyn’s most unusual assets, will close tonight at midnight. And Park Slope will suffer an amputation.

Since 2001, The Tea Lounge has been the heart of Park Slope.  When I say heart, I mean that miraculous piece of muscle in your chest that circulates your blood and keeps you alive from one moment to the next.  Park Slope is replete with restaurants and cafes—well over a hundred of them. But there is only one Tea Lounge. And for thirteen years it has made the neighborhood. 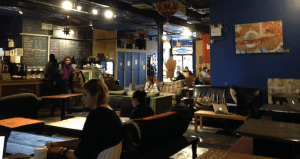 The Tea Lounge is a 3,800-square-foot, dark, cavernous space. The floors are cold, bare concrete. The ceiling has exposed ducts and pipes. It is more fit to be a parking garage than a place that serves pastries, wraps, tea, coffee and wine. When I first got to Park Slope in 1972, the space was an ugly duckling. Because of its hollow enormity and its darkness, no one could make it function as a place of business.The place was like the empty eye socket of a skull. A bargain basement linens place tried and failed to make it work. It was a cave of blackness even on days of bright sunlight.

Then, in 2001, two entrepreneurs took what must have appeared like another crack at sure-fire failure. They turned this heart of darkness into a café.  Everybody else was riding the coat tails of Starbucks and selling coffee. The two owners—Jonathan Spiel and Greg Wolf—decided to differentiate themselves by selling tea. Spiel came from advertising. But Wolf was experienced with this sort of thing—he had established cafes in Israel.  So the new interior décor of the Tea Lounge featured the sort of furnishings you might find in a café in Haifa—Moroccan ceiling fans and Moroccan lights, plus a long counter, a bar, and a chalkboard wall roughly 50 feet long with the available food and beverages written colorfully in chalk: smoothies, toasties, quiche, chai latte, yerba matte and over a hundred other choices.

But the real secret was in the place’s social cues and the rituals they implied. First, the owners defeated the empty eye-socket of the place’s entrance with a simple, social trick—they put couches in front and installed a bright yellow awning over it, drawing attention to an entrance that had always scared away potential customers of previous businesses away. And they lit the area. So when you drove, walked, or rode your bicycle down Union Street and passed the Tea Lounge, you always passed what looked like a small, brightly lit crowd. It was a trick—people want to be around other people, the same way ducks flock to other ducks, or even decoys. The Tea Lounge used the decoy strategy brilliantly.

There was also the furniture inside. Cafés, whether they are on the Left Bank or in Santa Monica, traditionally have small tables with chairs on two or four sides. You sit at small tables, and turn your back on those seated at tables nearby. But the Tea Lounge had long tables where two to ten people could sit next to people they’d never met, along with couches and overstuffed easy chairs arranged around coffee tables, just like in your mother’s living room. The ritual the arrangement implied, the habit pattern it coaxed from you, was “socialize with everyone in sight.”  You shared a couch with people you’d never met. Cattycorner to you was an easy chair with yet another person you’d never been introduced to. The imperative implied by the furniture was simple: introduce yourselves.

What kind of people were you likely to meet? One day I was working on the research for one of my books and was too intensely concentrated to talk to a soul. Meanwhile, a group of people gathered on the couch that I was sitting on, on the easy chair to my right, and on the couch across from me and talked to each other in a very familiar way for hours. When I’d finally put in enough work to allow myself a break, I asked them who they were. The 40ish man across from me was the head of a UN Peacekeeping Force. He was on his way from Bosnia to Africa via Park Slope. The people around him were the members of his family, the folks he had come to Park Slope to see.

Others I’ve met include authors, TV producers, musicians, neuroscientists, quantum physicists, fundraisers and one con man. In 2003, when I discovered the Tea Lounge, I was so entranced by the people I met that I began an email file for them. Today, that file is 67 pages long and has 2,385 names.

The Tea Lounge is something I’ve never seen in any other city—not in Moscow, Paris, Amsterdam, Seoul, Kuala Lumpur, Chengdu, Kobe, Tokyo or LA.  It is a community living room, one that allows people from different homes to come together as intimately as members of the same family. That living room saved my life. It gave me a place where I could work my tail off surrounded by people and banish one of the greatest problems we writers face: isolation. I wrote three books in an environment that energized me and fed me warm contact with my fellow human beings.

I’m writing this to you from the Tea Lounge on one of its last days of life. The place is packed. It’s been packed ever since the closing was announced on Tuesday December 9. Why? Because to each of the hundred people seated around me, the loss of the Tea Lounge will be a death. Our lifeline will be gone, and we don’t know what to do.

Howard Bloom is the author of six books, including The Lucifer Principle: A Scientific Expedition Into the Forces of History and The God Problem: How a Godless Cosmos Creates. He is circulating a petition to save the Tea Lounge. 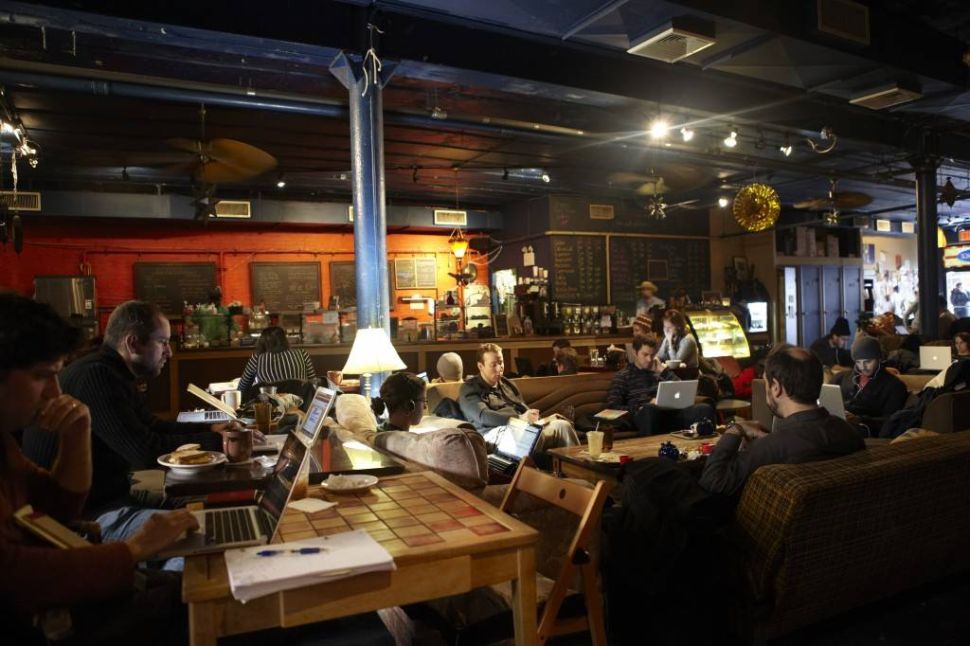