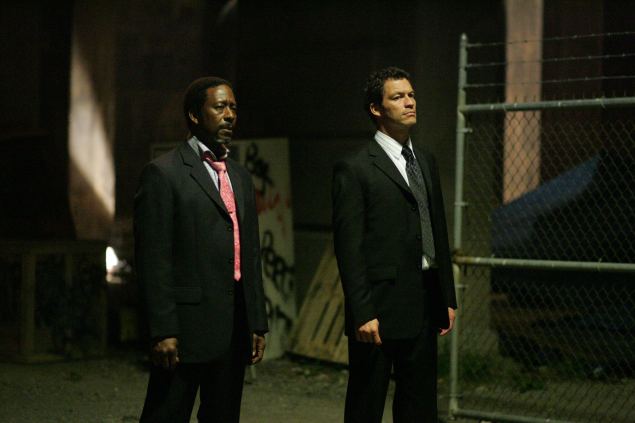 Hey, it’s the guy from The Affair! (HBO)

In a new column, Sean T. Collins examines several episodes of HBO’s award-winning drama The Wire at a time to figure out what made it such a groundbreaking show. Whether you’re a fan of the original, or haven’t seen an episode but are still lying to your friends at parties to save face, this is your chance to catch up on the show just in time for its remastered rerelease on December 26th.

This week: Season One, Part One

The Wire returns to screens of all kinds in 16 days, but it never really went away. More than any other show from the New Golden Age of Television, it has remained a part of the conversation long after the last notes of its final musical montage played out, seven years ago this coming March. The Sopranos started it all, but the cultural currency of its genre — the mafia saga — ended with it. Deadwood was the Baltimore crime drama’s contemporary, and like The Wire it mapped the intersection of criminality and community, but its truncated run, designed to lead to a fourth season that never saw the light of day, leaves it as much of a question mark as an exclamation point. Sex and the City eventually got the props it deserves as a forerunner for idiosyncratic cable programming, but its status as a sitcom, its fixation on status symbols, and, sadly, the gender of the characters doing the fixating preserve its marginalization. But this Baltimore cops-and-crooks drama — with its go-for-broke serialized storytelling, its prescient placement of American political problems at its structural center, its cross-cultural cast, and its endlessly quotable writing — has only increased in both praise and prominence since its initial six-year, five-season run, during which it was already being hailed as the greatest television show ever to air. HBO may have remastered it for its HD rerelease on December 26, but that’s simply technology catching up to the minds of the viewing public, where it’s been high definition and state of the art all along.

In rewatching its first six episodes, it’s not hard to see why. From the very first scene of the very first episode — in which nominal protagonist Detective Jimmy McNulty learns from an acquaintance of a murder victim that the dead man was allowed to keep playing craps every week despite the habitual thievery that got him killed because, in the show’s famous words, “This America, man” — The Wire is confident, engaging, and utterly sure of what it’s saying. Instead of self-contained stories with a beginning, middle, and end, each episode is simply a series of scenes that advance the central story in exquisite increments, rendering boredom with predictable storylines and five-act storytelling structurally impossible. The parallel narratives of McNulty and his opposite number, mid-level drugrunner D’Angelo Barksdale, as they maneuver through opposing bureaucracies equally resistant to both change and conscience, are there from the start.

So is the deeply pleasurable filmmaking, courtesy of director Clark Johnson. I’d forgotten how much fun it was to watch its fetishistic embrace of the objects — from derelict couches to computer monitors — that are each side of the War On Drugs’ tools of the trade; the gestures — fingers typing up reports on keyboards, hands exchanging vials for greenbacks — with which the combatants wield them; and the landscapes — courtyards, office buildings, streets, sub-basements, and strip clubs just in case you’d forgotten this was post-Sopranos HBO — that serve as battlefields. The soldiers are vividly rendered as well: pig-headed, good-hearted McNulty; ambitious, conscientious D’Angelo; shrewd, scary consigliere Stringer Bell; sarcastic, swaggering detective Bunk Moreland; the mirror-image trios of Bodie, Wallace, and Pooh among the drug dealers and Kima, Carver, and Herc among the drug warriors; an entire array of prickly police brass.

And the writing, by creator David Simon and his partner Ed Burns — the cop who helped him make his name as a crime reporter during their past lives in Baltimore — signals its aphoristic intentions on a formal level, ending each opening-credits sequence with an epigram drawn from the script itself. Any temptation to view this as arrogance dissipates no later than Carver’s contention, quaint though it may now seem 13 years into our ongoing commitment to torture and kill our way to security across the globe, that the War On Drugs is misnamed because “wars end.” Simon even has a winning way of preemptively puncturing his own profundity: Carver quickly jokes that his colleagues should “write that down,” while in subsequent episodes Wallace and Bodie will each get the dissenting last word on elaborate metaphors for business and power involving Chicken McNuggets and chess respectively. It’s engaging, it’s fast-paced, it’s funny (fave throwaway joke: the alcoholic cops named Polk & Mahon), it’s unbelievably confident, it’s reflective of what will wind up being the series’ special strengths for its duration, and it’s all these things instantly. No show, before or since, has ever been this surefooted right out of the gate.

Which, one could argue, is one of the problems with The Wire. There’s an expression in stars Dominic West and Idris Elba’s native England: “Start as you mean to go on.” It means don’t half-ass it in the beginning — do as good a job as you’re capable of doing the moment you start the job. The Wire certainly heeds that advice. But that leaves it with little wiggle room, and the wiggle room is where the good, weird stuff that characterizes the best art lives. The show will use each of its five seasons to broaden the scope of its story and depict an array of failed urban institutions — not just police and gangs but organized labor, municipal politics, the school system, the foster system, the local newspaper, drug prohibition itself. It will also heighten its sense of tragedy, so that the innocent bystanders and wasted youths who exist primarily as side roads in these first few episodes will eventually see their tragedy become the show’s central thoroughfare. But I’m not convinced it ever really deepens from what it is in its pilot. The Sopranos went from a Woody Allen meets Martin Scorsese black comedy to a stunningly nihilistic meditation on the impossibility of personal growth. Breaking Bad went from a splatstick illustration of Murphy’s Law to a relentless perpetual-motion machine driven by Walter White’s collapsing conscience. Mad Men slowly stripped away its Rat Pack throwback vibe to reveal how neither capitalism nor counterculture can truly provide happiness to the unhappy, with symbolism supplanting sharp suits and cigarettes as its weapon of choice. The Wire will live and die as a very very very good cop show with the systematic destruction of an American community as its backdrop, asking little more of the viewer than whether they agree with Simon’s passionate and utterly correct critique, without even the English Lit 101-level allegories of mafia dons or zombies or whatever required to get the message. What you see is what you get.

But what you get is a whole fucking lot. In these six episodes alone, you witness the creation of two of the New Golden Age’s greatest character-meets-actor combinations: Andre Royo as the utterly lovable junkie and confidential informant Bubbles, and (by episode three) Michael K. Williams as the shotgun-wielding, “Farmer in the Dell”-whistling, obscenity-hating, stash-house-robbing Robin Hood of the projects, Omar Little. He and Kima, the most conscientious cop on the detail McNulty willed into existence to combat the Avon Barksdale mob (to which basically all the characters on the other side of the Thin Blue Line belong), were likely the two richest and most nuanced queer characters on TV up till that point, queer characters of color no less. The how-the-sausage-gets-made stuff about both running a wiretap and running the drug-dealing operation the wire is intended to stop is as informative and entertaining as anything this side of the first act of Casino.

And Jesus, that writing! Twelve years later, it’s hard to remember that D’Angelo’s immortal comparison of chess to the drug game — or really to any operation where kings are kings, pawns are pawns, and never the twain shall meet — wasn’t something out of Shakespeare. No one would make that mistake about the scene in which McNulty and Bunk revisit the scene of an unsolved murder, cracking the case without every saying anything other than neanderthal grunts or variations on the word “fuck,” but it’s an achievement in obscenity as towering as a goddamn sonnet. And needless to say, the depiction of bad, brutal policing has only gotten more urgent with time. When a furious Daniels instructs ne’er-do-well Detective Roland Pryzbeylewski to say the 14 year old he’d just brained for no reason “made you fear for your safety and that of your fellow officers,” the words echo off a mountain of dead black and brown bodies.

To Simon, to Burns, to The Wire, institutions are amoral organisms, their immune systems designed to attack any agents of change. The BPD brass will rain down on any detectives trying to build something new just as surely as the residents of the towers will pelt asshole cops with bottles and big-screens when they roll up to start shit. If you want to achieve something the system doesn’t permit — if you’re D’Angelo Barksdale and you want to make money without anyone getting hurt, if you’re Jimmy McNulty and you want to capture kings rather than pawns — you’re a rogue cell. And the system sees cancer where you see the cure. 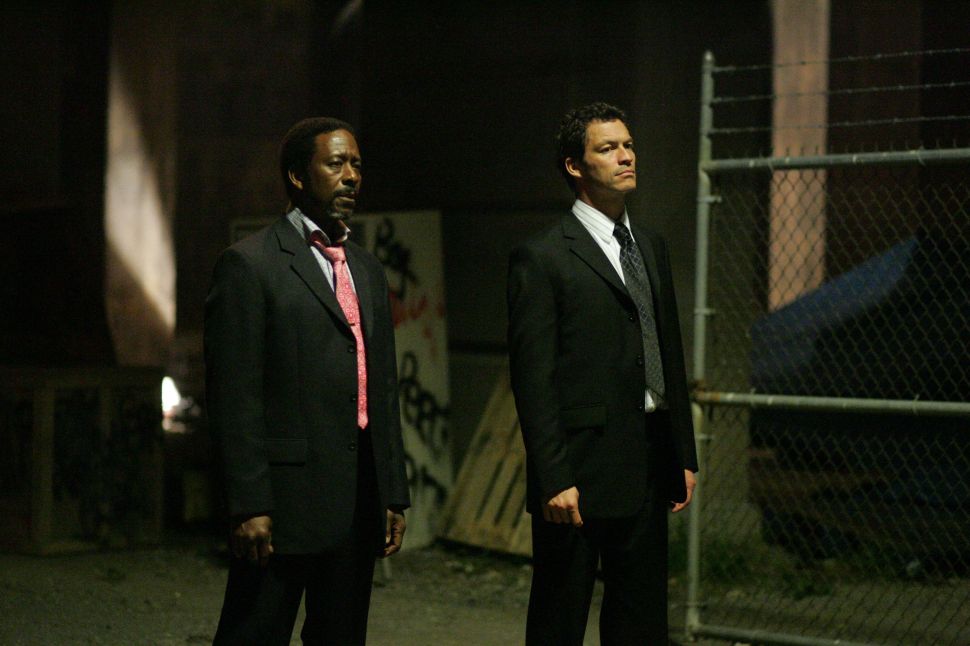