Amber Gordon’s game of cat and mouse on Twitter with Lena Dunham finally achnded the other week when Ms. Gordon saw this blip in her notifications:

Ms. Gordon got up from her desk at the Tumblr offices and shouted, “Oh my fucking God, Lena Dunham says she loves my website,” to which her coworkers stood and applauded. And then the site crashed.

That site is Femsplain, a new “fem-powered” blog that wants to be support community and creative space for women—or anyone who identifies as a woman, Ms. Gordon emphasized each time we asked her about her growing network of writers.

From the about page:

Our goal is to highlight all the amazing diversity of women on the Internet who might not have another outlet to speak on. We want to create a supportive and positive community for anyone to support. Think of us as a casual Internet support group you don’t need to pay for and can visit whenever in the comfort of your home.

Femsplain began as a small project between Ms. Gordon and a few friends called “Sad Drunk Girls,” where they would write each other essays when either drunk or sad—a simple, effective premise. Ms. Gordon wanted to expand the project, and after a call for submissions, she took Femsplain from concept to launch in only the past couple of months.

Ms. Gordon, recognizable to the Internet at large as @missambear, has been ghostwriting for the viral web for years. She was the woman-behind-the-curtain of Denny’s social media presence, which turned the diner chain into the most successful brand on Tumblr, where she’s now a creative strategist. She’s also the proud author of the sign bunny meme.

“My advantage is that most of my friends are in journalism and media, but I’ve mostly been an observer,” Ms. Gordon said. “With Femsplain, I’m taking the good stuff I’ve learned and putting it on my channel.”

Last Friday, she put out the call to those friends—a short blog post, a few tweets, a Facebook invite—to come out to Bushwick for the Femsplain launch, which takes real social currency, because real friends don’t ask friends to go to Bushwick.

Ambassadors of various Twitters—Media Twitter, Book Twitter, Teen Twitter—came out to support Femsplain and the handful of writers and editors who took to the stage to read a few inaugural posts. Authors, interns and Internet People mingled with reporters, social media managers, freelancers and friends of the founders.

The typical Femsplain piece, insofar as the site already has an established style, is a little longer than someone might like if they were jumping manically from tab to tab, with headlines that are more literary than clicky. The stories are deeply confessional—where similar sites unapologetically ask for your activism or outrage, Femsplain stories are about first experiences with Xanax and sending nude selfies, or building an IRL life using Twitter as a jumping-off point, and have empathy as their priority.

“When I started, I had a list of publications and people that I admired,” Ms. Gordon first old us after her launch party as her sloshed and impressed guests piled into Ubers. “There were things that I liked from each of them, and then publications that I wanted to stay away from.”

Enthusiastic admissions to the “admire” column are the Hairpin and Rookie. Ms. Gordon gushes over Tavi Gevinson (“Total inspo.”) and we can’t help but geek out with her over Mallory Ortberg’s work at the Toast.

But the “stay away from” column? Ms. Gordon won’t say. While some have taken vibrant and controversial stances against Jezebel’s editorial style, or the fact that Bustle is run by a male sports-media mogul with horrible optics, Ms. Gordon doesn’t see anything constructive in taking shots at other feminist publications—especially if they’re still running and successful.

Ms. Gordon has built Femsplain almost entirely as a labor of love between the hours of 7 p.m. to 2 a.m.. Editor Gabriela Barkho swings by her apartment every so often for a weekend of heavy lifting: answering emails, scheduling posts and tweets, answering emails and managing the growing stable of writers who want to byline on Femsplain.

Since the start of November, they’ve seized the front page of Google results for themselves, away from neckbearded MRAs who’d been using the word “femsplain” as a grotesque inversion of “mansplain.” Ms. Gordon is proud to reappropriate the word.

“When someone mansplains to you, it’s negative and you don’t want to hear it,” she said. “Femsplaining isn’t about telling, it’s about discussing.”

Femsplain is pulling in a little over 10,000 views a week, with three new pieces going up every day. The team is already considering ramping it up to four, more because of the flood of submissions than the need to push out more #content.

“I don’t care about traffic,” Ms. Gordon said. “I know clicks are really important, but I would rather have someone write a poem about their first apartment. Stories from the heart.”

Ms. Gordon could, though. She could start publishing what she openly calls “garbage” that you can unpack automatically from the headline. She knows how to generate the kind of takes that would scale quickly and circulate among her intersectional networks of teens, viral stars and mediaites. But she’s as serious as she ever gets when we bring it up, and each time we ask her about how Femsplain is going to grow, she gets lost talking about a favorite piece of writing instead.

“There’s so much hate on the Internet, and so much hate toward women—I’m just trying to build a community of people who relate to each other and support each other.” Ms. Gordon said. “Besides, it’s so much cheaper than therapy.” 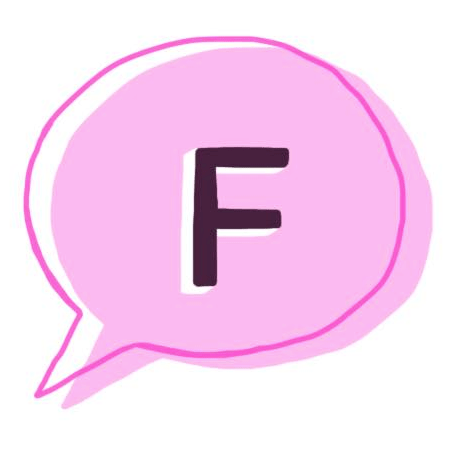