The most terrifying television show of 2014 debuted without fanfare at four in the morning the other day, and like the dead lady in The Shining’s Room 237, you had to pass through layers of comforting illusion to uncover the horror within.

Unedited Footage of a Bear starts out as just that: a static shot of a big brown bear, soundtracked by the cameraman’s whispered enthusiasm about the critter’s size (and, for some reason, his ears). After thirty unassuming seconds, an equally innocuous ad for what looks like a prescription allergy medication starts up, with all the usual tropes. A loving but harried mom in a bucolic suburban setting lives in an adenoidal fog, unable to attend to her plucky rugrats, until some pharmaceutical magic wipes away the haze. It’s soon clear this isn’t the real deal — the kids are too shrill, the mom too sickly, and the side effects too numerous for this to be anything but a parody. After all, this is Adult Swim, Cartoon Network’s nighttime block of largely bite-sized shows for adult audiences with the audiovisual munchies. Riffing on commercial culture is what they do.

But before you can say “Happy Fun Ball,” the music slowly fades out, the mother’s smile cracks and fades, the yellow police tape of a crime scene looms into view, and the nightmare begins. What follows is eight minutes of pure dread, involving menacing phone calls, crazed doppelgangers, terrified children, attempted vehicular homicide, an ear-splitting soundtrack, and the most harrowing portrayal of psychosis this side of Titicut Follies.

If that bait-and-switch sounds familiar, you’re likely one of the millions of people who caught Too Many Cooks fever a few weeks back. Like Unedited Footage and saccharine drug commercials, TMC took an overfamiliar airtime-filler, in this case the opening credits of a late-‘80s sitcom, and slowly skinned it alive. Lurking within the corny comedy is a machete-wielding killer who stalks his countless castmates through their credit sequences, and eventually remakes TMC’s tv-reality in his own dark image, as if his evil is strong enough to warp the videotape used to capture it.

Too Many Cooks became a viral sensation, and put Adult Swim’s “Infomercials” initiative — an entire series of satirical stand-alone short films by a variety of AS-associated writers and directors, all of them dropped on unsuspecting viewers in the small hours without so much as an official slot on the schedule — on the map. And it cut to the heart of one of TV’s strangest secrets: Adult Swim, Cartoon Network’s live-action stoner-comedy block, is making great horror on the regular.

The Infomercials are Exhibit A, and not just the many, many, many, many installments that end with horror-comedy bloodbaths. (All due respect to Adult Swim’s resident gross-out champion The Heart, She Holler, but Sam Peckinpah’s Salad Days is the original and still the best.) Directors Ben O’Brien & Alan Resnick, who with other members of their Wham City collective are responsible for Unedited Footage, previously contributed Live Forever As You Are Now, a spoof of self-help spiritualism and tech evangelism that utilizes grotesque computer avatars for an unnerving journey into the uncanny valley. For-Profit Online University, from director Sam West and the ex-Onion writers of Wild Aggressive Dog, mercilessly ridicules the exploitative commercial-college racket, until a sentient computer program begins disrupting classes and making you involuntarily throw up your hands to protect yourself in case it escapes your laptop screen. The same team’s Smart Pipe is less disturbing for what it shows than for what it implies: all the resources of a fast-growing tech startup, its slick PR/political-action campaign, and thousands of oblivious social-network members happily working in unison to sell their most intimate secrets to corporations via digital scans of their anuses. (Hashtag: #itsmyanus.) In each case, late-capitalism powerlessness and new-media paranoia take the place of classic-Hollywood Eastern European superstitions or slasher-era sexual panic as the fertile soil in which fear of corruption and annihilation can grow.

In this, the Infomericals owe a lot to the pep-peps of Adult Swim scares, Tim Heidecker and Eric Wareheim, who have been mixing their abrasive, glitchy, visually innovative comedy with horror for years now. From the almost unbearably morbid Cinco Boy to the chilling-if-you’ve-seen-Twin Peaks Business Hugs, Tim and Eric share with their Infomerical heirs a thoroughgoing contempt for how any experience or emotion, even ones as intimate and devastating as the deaths of children, can be crassly exploited by commercial interests. Their series Tim and Eric’s Bedtime Stories, which officially launched this year, has given them even more freedom to explore those anxieties. In “Hole,”  the duo mine the menace of exurban cul-de-sac isolation that also fuels Unedited Footage for a story of patriarchal inadequacy and premature burial — a Twilight Zone for the MRA era. “Toes,” starring Better Call Saul star and longtime T&E collaborator Bob Odenkirk, involves another failing father, this one a doctor with a dark, stomach-churning secret for which he lives in constant terror of being caught.

The obvious antecedent to all of this is David Lynch. “Lynchian” is too often used simply as a synonym for “freaky,” but his influence is both more concrete and more wide-ranging than employing him as a catch-all reference point for any horror filmmaking weirder than Paranormal Activity. The artificial garishness of Mullholland Drive’s opening sequence, for example, is often overlooked in discussions of Tim & Eric’s frequently acknowledged debt to the director, but the pair clearly recognized the power of eye-meltingly bright colors to disorient and discomfit as effectively as any spooky shadow. Lynch’s work includes countless scenes that could almost be seen as Adult Swim–style cringe comedy if not for their horror context — Ray Wise’s song-and-dance routines in Twin Peaks, Robert Loggia’s road-rage driving-safety tips in Lost Highway, Dean Stockwell’s musical tribute to the candy-colored clown they call the Sandman in Blue Velvet. Indeed, the entire suburban-horror subgenre can be traced back to Blue Velvet, while it’s safe to say that the Too Many Cooks killer wouldn’t exist without his greasy-haired ancestor from Twin Peaks, Bob.

And when Twin Peaks returns in 2016 courtesy of Showtime, it’s Unedited Footage that it will have to top. O’Brien, Resnick, and company drive Adult Swim’s scary side further down the treeless, McMansion-lined road than anyone else so far, dropping the comedy completely and crafting a work of straight-up horror. Some of this is accomplished with tried-and-true imagery — the doppelganger standing motionless in the distance, centered in the frame, ought to be familiar. But it’s equally rooted in everyday sources of anxiety, like the buzzing of a phonecall you don’t want to answer, the uncanny effect of row upon row of near-identical houses, or your suspicion that you and your next-door neighbors are so isolated you might as well live on different planets.

Meanwhile, the soundtrack, supplied by Dan Deacon, Drew Swinburne, and Ed Schrader, alternates between pleasant jingles, ominous ambient hums, cacophonous musique concrète, deafening noise rock, and periods of muffled silence as frightening as anything we actually see. An eerily deteriorating tie-in website — like the warped-VHS aesthetic of Too Many Cooks, the cursed video in The Ring, the digital distortions of long-running online horror series Marble Hornets, or the partially destroyed comics of Al Columbia — makes it feel like the evil is corrupting the very object that contains it.

But it’s the portrayal of mental illness that really gets under the skin. Maybe there’s a supernatural or science-fictional reason for the mother’s meltdown, but it plays out just as convincingly when looked at as an elaborate metaphor, a you-are-there immersion in a woman’s psychotic break. (In much the same way, Lynch’s Peaks prequel Fire Walk With Me dropped the quirk in favor of brutally intimate, crowd-alienating violence and abuse.) Sleep-deprived mania, inscrutable scribbling across family photos, a sense of possessing extraordinary powers dueling with a sense that equally powerful forces are aligned against you, the helplessness of children to escape a caregiver trapped in this dynamic — this is heartbreakingly recognizable shit, and the genius of the piece is its full-throttle drive to make it all as real and as frightening to us as it is to the person experiencing it.

Which is what separates Adult Swim horror from its nominal genre relatives around the dial: It may look ridiculous, but it’s real. Unlike The Walking Dead’s grim’n’gory kill-or-be-killed morality plays (makes u think) or American Horror Stories tumblr-dashboard collage of sampled spooks from throughout horror history (omg), the Infomercials and Bedtime Stories are both slippier and more specific in what they target. 2014 was a year in which institutions across American life that are supposed to be benign at least and benevolent at best went toxic in extraordinarily spectacular fashion. This curdling of culture is all the more frightening since so much of it, from the police who patrol communities of color to the networks of misogynist malcontents who have access to any woman with an internet connection to the plutocracy whose accumulation of the world’s wealth only accelerates as the world melts down around them, is all but inescapable. Regular visual and verbal language is simply not up to the task of conveying the special form of fear these forces breed. Horror that arises not from warmed-over splatter or camp but from the churning ocean of dread we all surf on every goddamn day is exactly what we need, and Adult Swim serves it up, eleven minutes at a time. 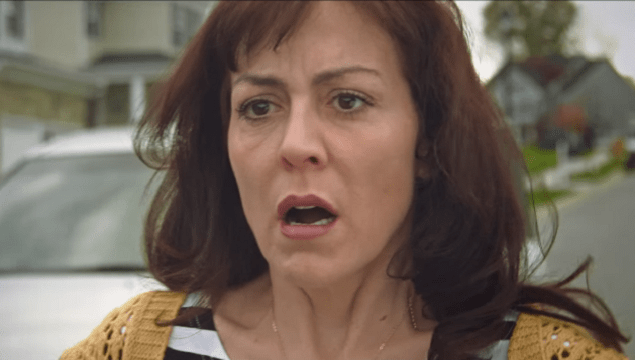 Filed Under: TV, Twin Peaks, Adult Swim, Too Many Cooks, Unedited Footage of a Bear