FRIDAY and SATURDAY, December 5 and 6

Susan Sontag, who died in 2004, became famous as a public intellectual after she published a series of essays and books, beginning with “Notes on Camp” in 1964. Always prescient, Sontag argued that popular culture should be examined and reviewed by critics as closely as literature and “high” art. Now everyone does exactly that. Sontag’s allure was in part due to her mane of hair, the likes of which pseudo-thinkers such as Malcolm Gladwell can only aspire to grow.

Her son, David Rieff, thinks her novel The Volcano Lover (1992) was her greatest work. Sontag spent her last years writing only fiction, her first passion. But it is her 1977 essay, Illness as Metaphor, that I think of most often. Sontag looks at how patients with tuberculosis or cancer were defined, even blamed, for their illnesses, and how their sicknesses became metaphors for how they had lived life. Sontag’s father died of tuberculosis, and Sontag was herself ill with cancer when she wrote this celebrated essay.

I was assigned that essay at U of Chicago, Sontag’s alma mater, and likely found it boring. But her introduction to the book haunted me then and now. “Illness is the night-side of life, a more onerous citizenship. Everyone who is born holds dual citizenship, in the kingdom of the well and in the kingdom of the sick. Although we all prefer to use only the good passport, sooner or later each of us is obliged, at least for a spell, to identify ourselves as citizens of that other place.”

Sontag is the subject of a new documentary, “Regarding Susan Sontag,” directed by Nancy Kates, with the voice of Sontag provided by the actress Patricia Clarkson. The previews are filled with a smiling, delighted Sontag, who cheerfully admits that she has not yet fulfilled all her desires. Her words on the page are so serious, so dour, that it is a real pleasure to see the flesh-and-blood Sontag so filled with desire for more desire. The documentary fills in the personal gaps Sontag rarely discussed – her lovers, her family, her history.

Regarding Susan Sontag will be shown at The Museum of Modern Art Theater, 34 West 54 Street
New York, NY 10019, on December 5 and 6; tickets are sold out; the documentary will air on HBO on Monday, December 8 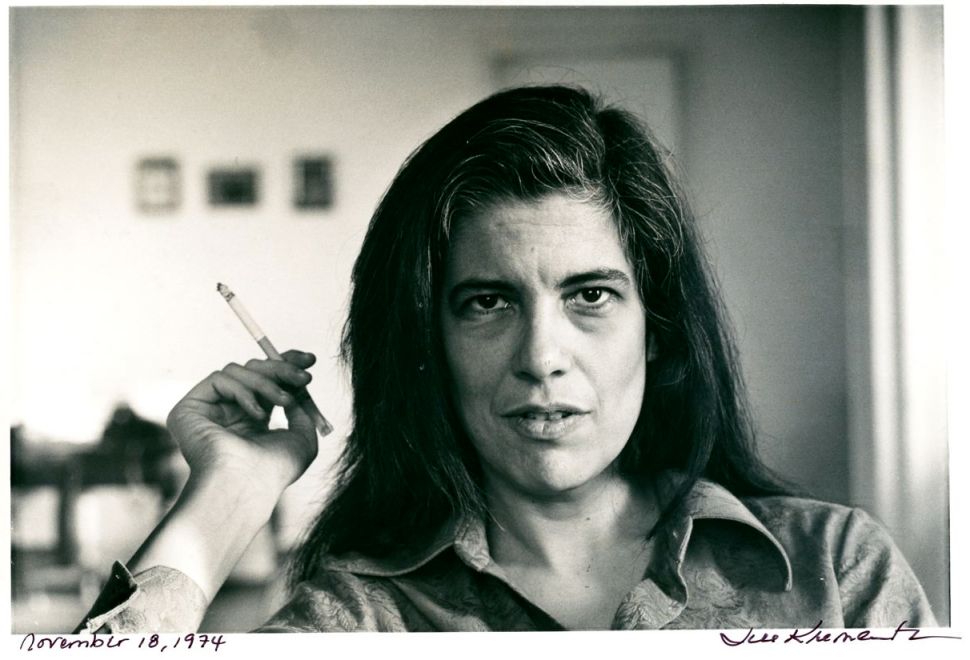