Finally, a chance to find a holiday sweater that isn’t awful. Brooks Brothers is transforming their flagship store into a winter wonderland with cocktails and canapés for adults, candy and balloon art for children, and performances by the cast of A Gentleman’s Guide To Love And Murder. Ten percent of sales made throughout the day will benefit St. Jude’s Children’s Research Hospital, and everything will be 20 percent off. Brooks Brother, 346 Madison Avenue, 5-8 p.m., brooksbrothers.com, free

Sick of the Nutcracker? Who isn’t? Instead, head straight for the Metropolitan Opera for the first night of Engelbert Humperdinck’s Hansel and Gretel. Spoiler alert: Visions of sugarplums dance in those kids’ heads right before the witch devours them. It stars tenor Robert Brubaker, is conducted by Sir Andrew Davis, and is good for those of us who have exhausted our holiday spirit. Lincoln Center, 65th and Broadway, 7:30 p.m., metopera.org, ticket prices vary

Tonight Essential Voices USA, the acclaimed  choral group led by Grammy-nominated conductor Judith Clurman, will join The New York Pops to sing festive classics at Carnegie Hall. The program will feature Kelli O’Hara (Mrs. Darling from Peter Pan Live) and Glee’s Matthew Morrison. They’ll be crooning holiday numbers like “Winter Wonderland” and “It’s the most Wonderful Time of The Year.” Good for those of you who still have not exhausted your holiday spirit. Carnegie Hall, 8 p.m., carnegiehall.org $17-$120

You’re engaged? That’s terrific! You need a bridal gown! A great one! You need to stop by the Vera Wang Sample Sale where Vera’s dresses will be up to 75 percent off. It beats the hell out of David’s Bridal. You’re married? Renew your vows! With a new gown! You’re not engaged? You’re completely and utterly single? That makes no difference. You can still use a giant white ball gown. You have garden parties and stuff this summer. You’re going to be the best-dressed person at a garden party. Or a debutante ball? These would work for the Texas dip. Or just a regular party, a regular party where you can wear a really cool white dress with a lot of lace, like Miss Havisham. Miss Havisham rocked that look. I don’t know, if the dresses are 75 percent off you should probably just get one, right? Have you seen them? They’re exquisite works of art, like a Rodin sculpture made out of tulle. If not for yourself then maybe someone you know can use one. Or you can. Seriously. There’s no rule that says you can only wear a bridal gown once in your life. Insane spinster chic never goes out of style. Vera Wang, 15 East 26th Street, Fourth Floor, 10 a.m.-6 p.m.

If you love puzzles and New York (and who doesn’t?) you will enjoy the Lower Manhattan Puzzling Adventure. Get a team of your friends together to participate in a guided scavenger hunt that will help you learn about the history of Lower Manhattan. Bowling Green Stop, Whitehall Street, 7-9 p.m., $39.99–49.99, http://www.eventbrite.com/e/lower-manhattan-puzzling-adventure-tickets-12576138569

Go see the tree at Rockefeller Center. Seriously. You don’t have to ice skate, and it will be hell to get up there, but no matter how many years you’ve lived in New York it still takes your breath away. It’s magical. And you’re spending the holidays in the best city in the world to spend the holidays. Anytime, free 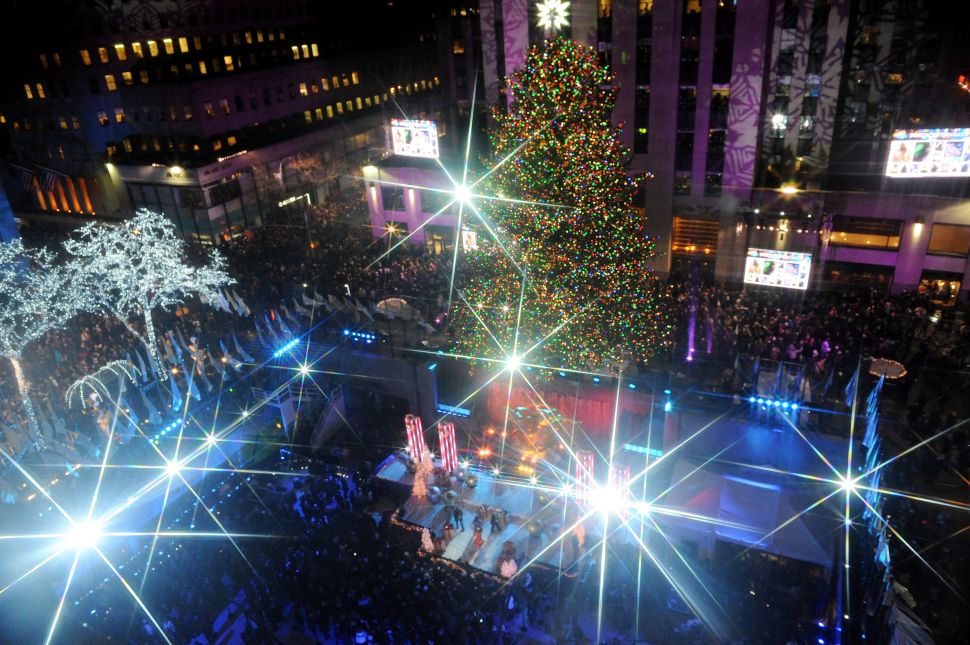