Like so many fish spilled on the ground by a careless but attractive host, Top Chef is shaking things up.

And it’s not just that Padma Lakshmi, whose fish disaster at Whole Foods inspires the episode’s name, and other judges go shopping for the contestants. We also wind up casting off the weakest remaining chef, Katie, and bringing back a strong contender who was the victim of the very first elimination—George Pagonis— all before we even get to the elimination challenge. But it’s fitting that George replaces Katie after a high-stakes elimination Quickfire, the same kind of challenge that knocked him out of the show first.

Before the eliminated chefs even enter the picture, our remaining group is tasked with cooking yet another Boston-themed food: chowder (or: chowdah). The chefs all lean heavily on their own styles, and Gregory wins yet another Quickfire with a curry soup—much to the dismay of second-place Adam, who made a tomato Manhattan chowder. (Everyone knows Manhattan clam chowder pales in comparison to New England, but Adam acknowledges that and works beyond it.) Katie, on the other hand, blends up sourdough bread into her chowder and it is just not good.

So Katie, easily the weakest remaining chef, winds up on the bottom of the sudden death Quickfire. As usual, she needs to cook again to stay in the competition—but instead of cooking against a current chef, she winds up cooking against one who has been eliminated. The winner stays, the loser goes home. The eliminated chefs nominated George—business partner of Top Chef alum Mike Isabella—to take her on.

Except the remaining chefs. For them, Katie was a known quantity. George is new. He hasn’t used up any of his recipes. He’s fresh. He’s looking for redemption. And based on his cooking in both the Quickfire and the elimination challenge—he’s good. It’s a big shakeup for a season of Top Chef that could really use it because, let’s face it: despite all the insane Boston theming, things were starting to get boring.

And George isn’t the only eliminated chef to return: Last Chance Kitchen started up again last night, too.

For the elimination challenge, the chefs have to cook for 75 Top Chef superfans. And of course, there’s a twist—Padma, Tom, Gail and Richard Blais will be buying all the ingredients for the pantry and the fridge. Padma spills an entire container of fish all over the floor and has the total lack of concern only a wealthy person is capable of displaying for that much wasted food. But, she delivers a pretty solid fridge and pantry to the chefs she’s responsible for. Tom tries to think about what the chef he’s shopping for would like to cook. Gail thinks about what she’d like to eat (which we can all imagine would be delicious because Gail is clearly the best). Richard gets a ton of totally random stuff and then throws in agar agar and liquid nitrogen, fulfilling a prophecy from Adam—who drew Richard’s name.

As soon as he sees Richard’s choices, Adam is flabbergasted. Since he’s been stuck in the middle, he decides to try some crazy technique where you pour hot oil over raw shrimp and then serve them. Unsurprisingly, this yields slimy raw shrimp that the judges don’t like.

It would be easy to blame Richard Blais—his silly name, his ridiculous hair, his obsession with liquid nitrogen. But Richard was also shopping for Doug, who remains calm, ignores the stuff he doesn’t like, and makes a dish of mussels and chorizo that keeps an adorable little girl fan coming back for seconds and thirds (and she doesn’t even like mussels!).

Doug does so well with the ingredients Richard got him that he ends up winning. And who’s up there with him for the best dishes? Gregory (duh) who we should just rename Gregcurry at this point because it is all he cooks. But also George, the new guy, giving us a glimpse of his ability to really change the show’s dynamics. (After snarking on Adam for being in the middle, Katsuji ends up right in the middle.)

And it’s Adam, with his tattoos and bandana and New York pride, who is heading home. His slimy shrimp just were not appetizing, and a lot like Gregory’s close call with the goose in the Thanksgiving episode, taking a risk was decidedly not worth it when playing it safe probably would have kept him in the competition.

Playing it safe may be good for the chefs, but it’s not a particularly good thing for viewers—who can probably expect Gregory to safely curry his way to the end of the competition. 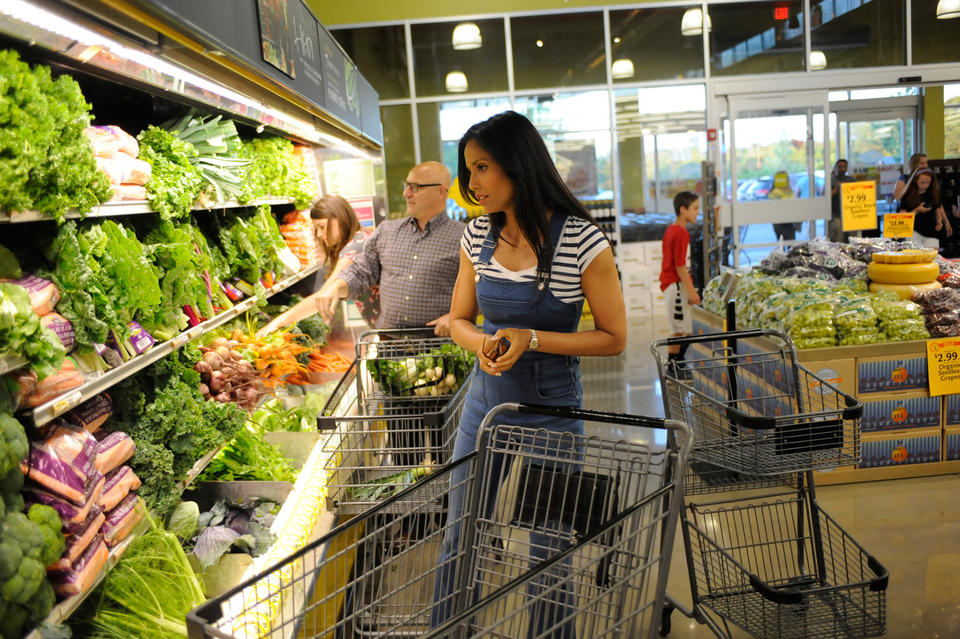