A top Russian banker and close personal confidante to President Vladimir Putin has sent a strong message to the West.

Vladimir Putin does not buy the notion that tough economic sanctions, imposed on Russia by US and its European allies, are merely a punishment for Russia’s policies toward Ukraine, its annexation of Crimea, and its support of separatist fighters in the East Ukraine. Earlier today, speaking to the representatives of the Federal Assembly in Kremlin, he claimed that “the crisis in Ukraine was just a formal pretext for sanctions.”  He was confident that “If all this had never happened, any other excuse would have been created” as a result of the “policy of containment [of Russia] which was invented not yesterday, but has been held against our country for decades, if not centuries.”

Mr. Putin’s tough rhetoric reflects the fact that economic sanctions on Russia—and counter-sanctions by Russia toward the countries of the European Union—are from his perspective nothing more than a substitute for the old-fashioned wars. Indeed, they damage the economies of all sides without firing a single shot.

The speed of this new warfare has been breathtaking. Russia suspects that the US and Saudi Arabia are behind the fall of the oil prices, which have plummeted from $100 per barrel to less than $70. To round out its budget, Russia has had to drop the ruble more than 40%. The European Union sanctions Russian businesses, as well, but the counter-sanctions on Europe’s agriculture products by Russia are devastating to Spain, Poland and the Baltic countries. As soon hints emerged in Europe at undermining Russia’s gas positions in her traditional markets through fracking or LNG, Putin signed a 30-year contract with China. This contract was for building the gas pipeline that would provide China with an unlimited amount of much-needed Siberian gas, hinting at the prospect of leaving Europe with zero Russian gas for European industries in some years. Then, when Europe killed the South Stream gas pipeline, the Russians dramatically re-routed it to Turkey, devastating the hopes of countries like Bulgaria and Serbia (through whose territories the South Stream had been scheduled to be built) of ever enjoying a share of European prosperity. Targeted sanctions on Russian arms and finance sectors have not forced Russia to change her stand on Ukraine, at least not yet.

But there is one looming threat that Russia seems to have no answer for so far. And it is the possibility of kicking Russia out of SWIFT—the electronic bloodstream of the international bank transaction system. The possibility was raised earlier this summer, and at the time, Bruce Johnston, a London-based analyst at Morgan, Lewis & Bockius told Business Insider, “This would be a major escalation of the sanctions. Most international payments flow through SWIFT. Banning Russian banks and companies from SWIFT would effectively cut off Russian businesses from the rest of world.” So aggressive a measure as cutting countries from SWIFT was used in 2012 against Iran and it showed itself to be extremely effective in damaging the Iranian economy.

Now, a group of American senators is lobbying for the measure, and Britain and Poland have come out in favor of doing so. The rest of the European countries are not so sure.

But for Russia, it’s a bright red line.

Yesterday, the German newspaper Handelsblatt published an interview that has yet to be printed in any English-language newspaper with the head of Russia’s second largest VTB-Bank (Foreign Trade Bank), Andrei Kostin. Mr. Kostin stated: “Of course, there is a plan B [in the case of shutting Russia off from the SWIFT bank system], but in my personal opinion it would mean war—if this type of sanction will be introduced. America and Europe did that against Iran but with Iran at that time there were no diplomatic relations, only military containment… If Russian banks’ access to SWIFT will be prohibited, the US ambassador to Moscow should leave the same day. Diplomatic relations must be finished. Banking is the most vulnerable part of the Russian economy because the system is based so strongly on the dollar and the euro.”

Experienced Russia watchers will find it hard to believe that these words reflect only Mr. Kostin’s personal opinion. Forbes points out that “not only is VTB controlled by the state, but 51-year-old Kostin is a close friend of President Vladimir Putin, and a member of the board of Rosneft, Gazprom’s smaller but powerful rival.” According to the influential Russian newspaper Vedomosti, Mr. Kostin is holding 2nd place among all Russian politicians on the frequency of the tête-à-tête meetings with Mr. Putin.

Russia is running against time—in May 2015 the country’s Central Bank is planning to introduce its national analogue to SWIFT. Until then, Russia wants the entire world to know where the new war of economic sanctions stops and old-fashioned war begins.

Mikhail Klikushin attended Novosibirsk State University, and received a PhD in Russian history before emigrating to the United States. 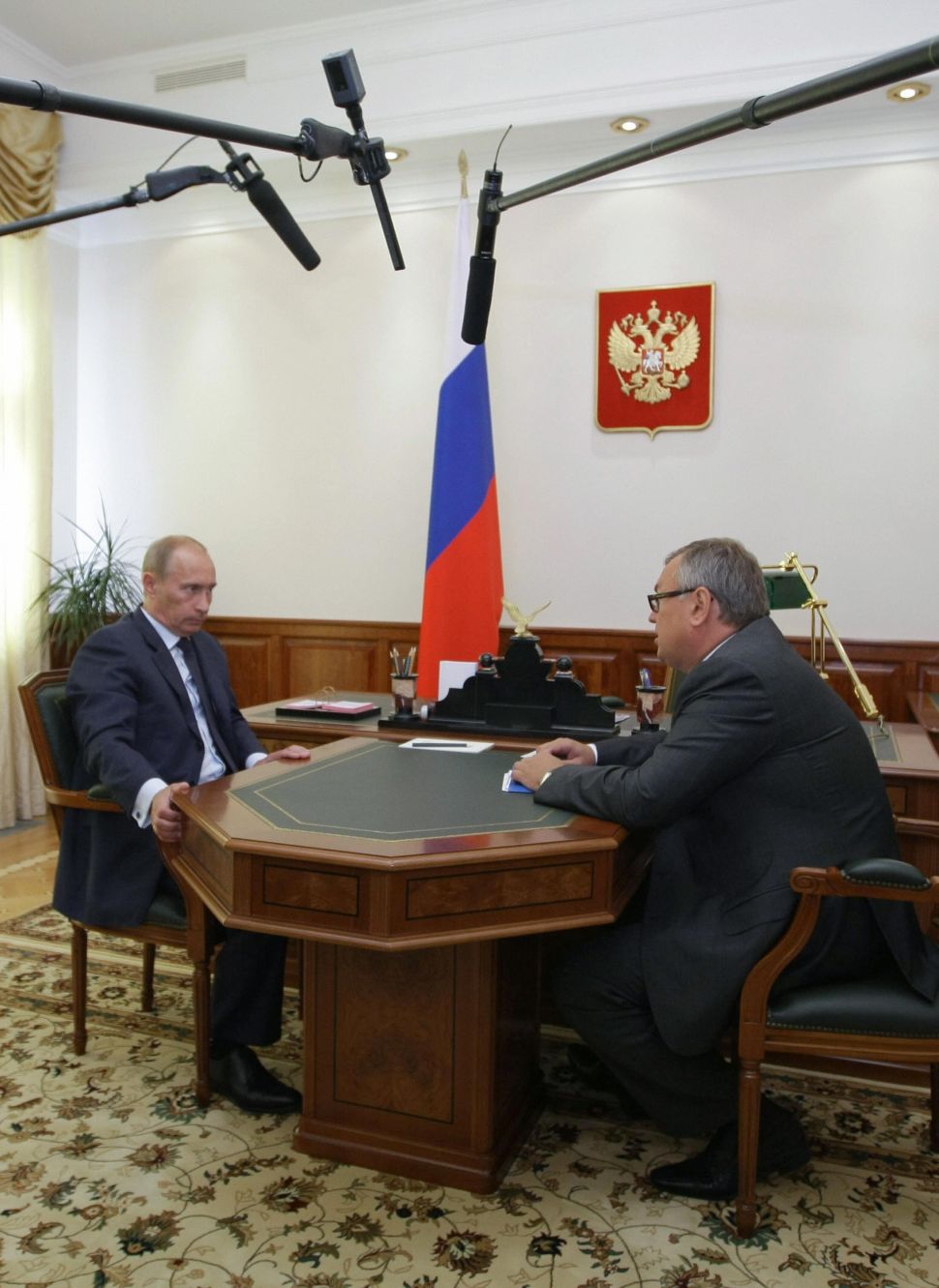