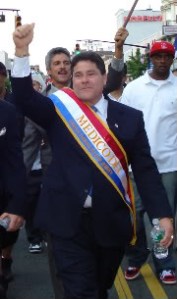 WEST NEW YORK – West New York Mayor Felix Roque joined a chorus of New Jersey Cuban-American politicians who spoke out in protest after President Barack Obama’s announcement on Wednesday that the United States would restore diplomatic relations with Cuba after more than 50 years of hostility. The proposed changes will include the restoration of regular diplomatic relations with Cuba, suspended in 1961, and the opening of an American embassy on the communist-ruled island.

“I join the many Cuban Americans and anti-communist supporters in expressing my immense disappointment on President Obama’s decision to establish relationships with Cuba,” said Roque, who was born in Cuba, in a written statement on Wednesday. “Today is a sad day for all who like me left all that we knew because of communism. Families were separated. Many went to prison. Others fled Cuba with only the clothes that they were wearing. Many left their homes and businesses, all because Cuba was no longer a place that embraced democracy.

“Like many of my compatriots, my family came to the United States in search of freedom and to live in a society where we can make our dreams a reality. As such, the Town of West New York became our new home – a place where with our hard work, dedication and commitment to family, we would strive and become contributors to the success of this community and many like it,” Roque added. “This act by President Obama disregards the suffrage of the many who experienced the grave consequences of communism. I stand by U.S. Senator Robert Menendez (D-NJ), Congressman Albio Sires (D-8), [Assembly Speaker Vincent Prieto (D-32)] and all of those elected officials that have expressed their repudiation of U.S. relations with Cuba.” 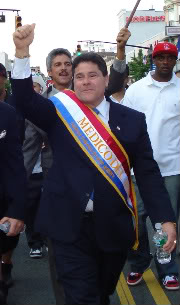