Divorce has traditionally been a messy and painful process, riddled with battles for custody and arguments over finances. Thankfully, there’s a startup dedicated to making divorces more amicable—and unsurprisingly, they’ve been extremely successful.

Launched in 2013 at Y Combinator, Wevorce connects families with a trained divorce professional who can help them stay out of court, and complete their divorce proceedings as peacefully as possible. Wevorce’s network of experts also helps couples solve other divorce-related entanglements, like splitting finances and co-parenting children.

Though the San Francisco-based company has always been virtually accessible to clients across the country, this week, Wevorce announced the opening of new offices in New York and New Jersey.

“We’re excited to be branching out to the East Coast, and to be able to help families in New York and New Jersey,” Wevorce cofounder and CEO Michelle Crosby told Betabeat.

As part of the East Coast expansion, Wevorce brought on Evan Balmer and Jane Cottrell to serve as divorce attorneys—or “Architects,” as the startup calls them.

“We’ve had hundreds of attorneys contact us from across the country wanting to be part of what we’re doing,” Ms. Crosby said. “So many professionals working in divorce want to be part of helping change divorce, so that is more aligned with what families need. We had an overwhelming amount of applicants.”

Talking with Ms. Crosby, we discovered just how much Wevorce really is transforming the typical divorce process. Besides costing around a third of a standard divorce (the national average is a whopping $27,000), the startup also stands out for its focus on keeping things friendly.

Ms. Crosby isn’t kidding about being family-focused. When a family completes its divorce proceedings with Wevorce, they participate in a special ceremony to “honor gravity of that moment,” Ms. Crosby explained. Parents do a special candle-lighting exercise, and children are given poems to read.

The goal is to stress that “even though Mom and Dad are letting go of their husband and wife roles, they’re still Mom and Dad,” Ms. Crosby said.

As 2014 comes to a close, the East Coast expansion isn’t the only news Wevorce has to share. They also announced that this year, they saved families an estimated $2 million in legal fees. Additionally, 100 percent of the families they worked with this year managed to stay out of court.

“We hear amazing stories from families about the results they’re seeing—how grateful they are for the process we’ve created,” Ms. Crosby said. “They really are able to take the tools we teach them and head out and begin again.” 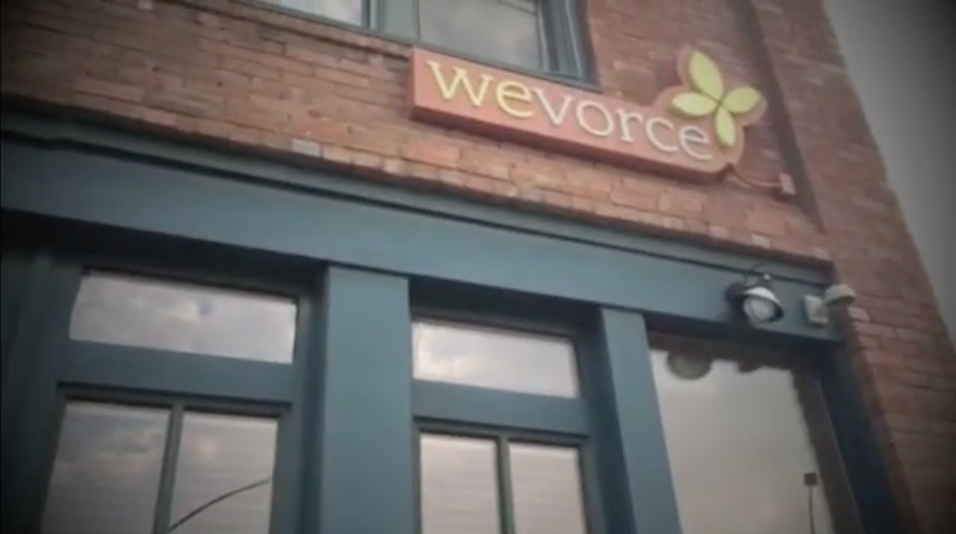