When Complex hired Ayalla Barazany, it was the first time they’d hired someone to work in “product.”

Now, as VP of Product, the Israeli-born Ms. Barazany works to ensure the company’s business goals are in line with what its tech department is capable of producing. She also makes sure Complex’s user experience, or UX, is as strong as possible.

On top of it all, Ms. Barazany has excelled in a series of predominantly-male departments.

“I’ve never focused on [being the only woman],” she told Betabeat. “I’m doing what’s best for me.”

So how did you get started at Complex?

I was really interested in joining here because there was no product team. They had a big tech team, but there was no talent when it came to product and UX. [I thought], this is a huge opportunity to come in and define that role—what does product mean?

[The only woman, at first, in Complex’s tech department, Ms. Barazany built a team of product and UX specialists and was eventually promoted to VP of product.]

So what does product mean?

There are a ton of great technologists here and things being built, but the key is to make sure what we’re building is checking all the boxes—the best possible user experience, [and] the best for the future evolution of the business.

So you’re sort of a liaison between the tech and business sides, seeing how you can adapt Complex’s technology to fit in line with the company’s mission.

We understand how to push the limits of technology, while also being connected to what the business is trying to achieve on a large scale … [We see] how we can push the needle.

So what kinds of projects have you been working on lately?

[Ms. Barazany explained how she worked on the redesign of Complex.com, and on developing a new proprietary CMS, among other things.]

Recently we launched theridechannel.com. One of the things that was really unique—besides it being a Tony Hawk initiative—was that we launched a brand new technology, a total custom video player … It’s kind of like Soundcloud—you can comment within the video.

… Video is a very big focus of ours—we launched Complex TV, and we invest in original video production. Video’s going to become a bigger piece of mobile. How can we create something that’s sticking and engaging that works for the business and pushes technology? Maybe it’s something that doesn’t exist yet.

You started your tech career in Israel, working for Kasamba. A lot of people don’t realize Israel has a booming startup community.

In Israel, the tech scene is really focused on figuring out what the problem is to solve, and the exit strategy. [But] I think it’s starting to change—you’re starting to see a lot more evolution of not just little startups that get sold, but that are trying to create their own brand and go public on their own. It’s kind of also this sense of urgency—you’re living on day to day. It inspires this innovation culture.

How were you involved with Kasamba’s acquisition by LivePerson?

I worked as the liaison between New York, where headquarters and the CEO were, and the Israeli team, which had the technology and product. [I was] that bridge between the two companies that were merging.

[Being a bridge between New York and Israel] is part of who I am—I spent a lot of time here [in New York], and I also am Israeli. I can identify with both sides of the story. At times it was hard, but I was a good person to explain and communicate.

You were the only woman at Kasamba, and are one of two female product managers at Complex. Have you encountered any issues working in a male-dominated field?

I’ve always made it a non-issue. I think women should be thinking about this: If I don’t keep gender at the top of mind, I can put my mind to doing what I want to do, and go for it and be really driven, and not think twice about anything.

Obviously there are challenges. It would be nice if there were more mentors and sponsors that were females, more enablers [and] connectors, more women on the boards—those are things that are going to happen in time.

What’s your favorite part about your job at Complex?

I think it’s really kind of, defining the future. We have this massive audience of millennials. They’re young and hungry, they want to get things fast. How do we stay ahead of the curve? We’re constantly think of the next thing we’re going to do to keep those users. That’s one of the things that excites me so much. 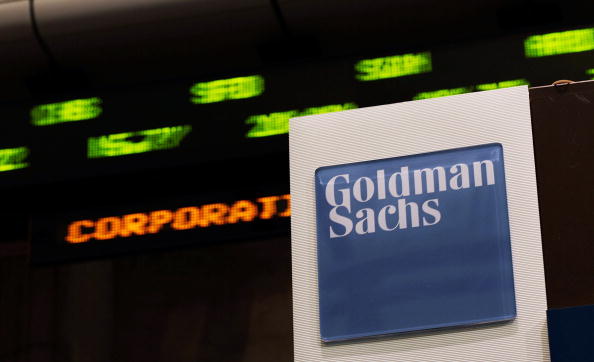